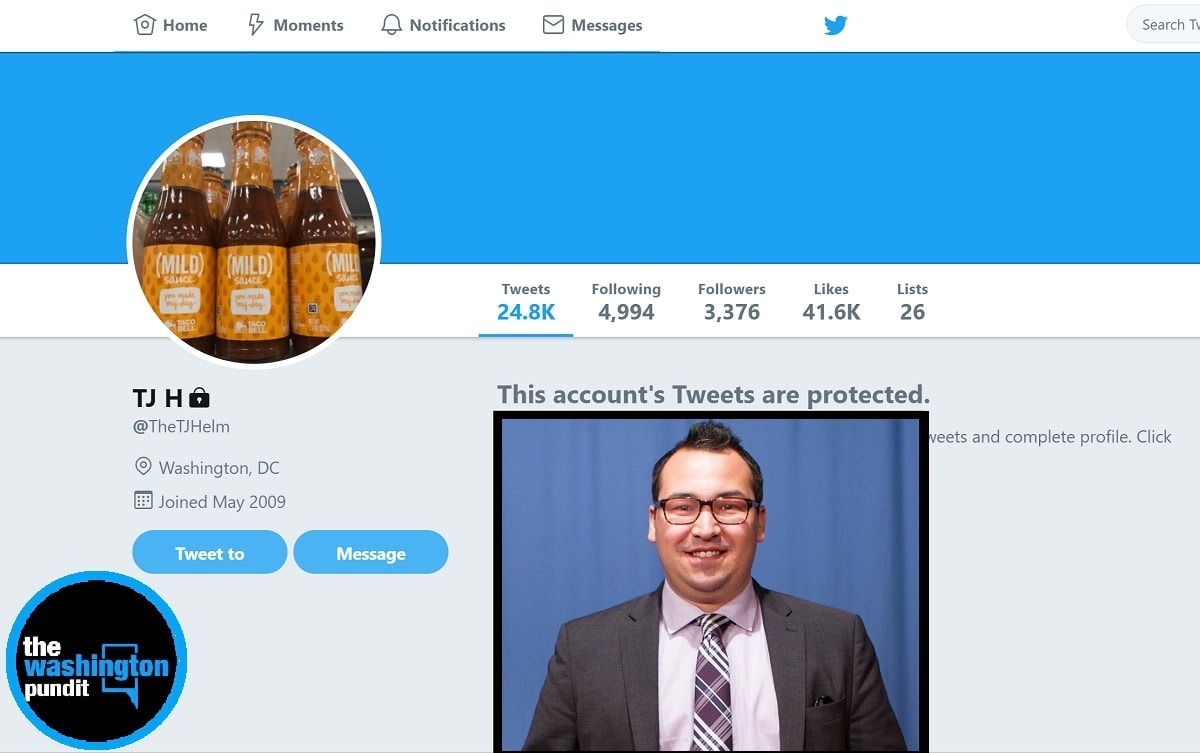 Hill Country BBQ joint in Washington DC tossed out a bigoted Magaphobe for harassing Trump supporters on the 4th of July.

The harrasser named TJ Helmstetter (pictured below) was abusing Trump supporters before he was asked to leave.

And surprise, surprise, the bigoted Trump-hater, who describes himself as a “progressive communicator” actually believes he’s the victim.

Imagine being this insufferable.

“Spotted two separate tables of people wearing MAGA gear at @HillCountryWDC. Disgusting. Hill Country clean up your act. I have been patronizing you for 10*•+ years starting in NY. Don’t serve Nazis,” TJ Helmstetter, a Magaphobe said on Twitter Thursday.

Hill Country BBQ wasn’t having it and tossed the hater out for harassing the customer in the MAGA gear.

“Just got thrown out of Hill Country DC for standing up to a Nazi. Don’t go there ever again. They support Trump and Nazis,” Helmstetter said.

It’s his favorite restaurant so he felt like he had the right to harass fellow American citizens.

“Guy wears MAGA hat at my favorite restaurant. I say “hey are you from dc?” He says “no.” I say “we don’t tolerate racism in this city.” His girlfriend then physically jabs fingers into my chest and starts threatening me. Management tells me to leave, not woman who assaulted me,” he said.

Helmstetter said he called the manager at Hill Country BBQ and they told him that the establishment is “an equal opportunity restaurant who welcomes all political viewpoints.”