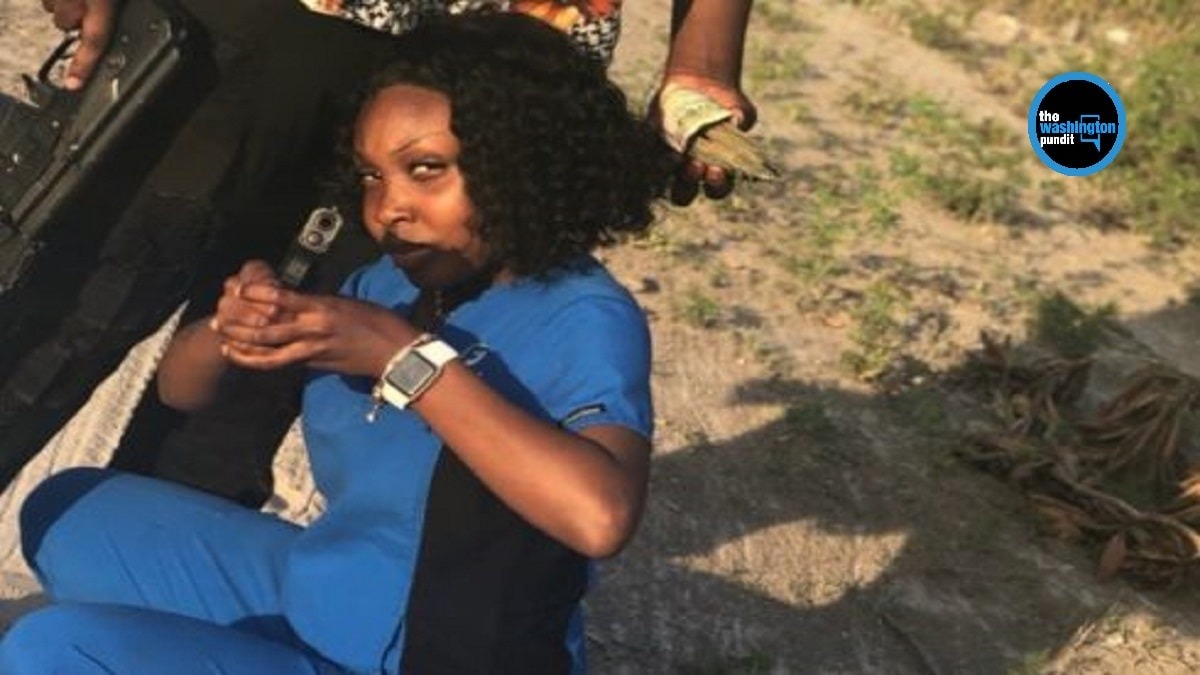 A student at Florida’s First Coast Technical College was indefinitely suspended after a photo of her posing with a gun at a gun range was reported to the school. She’s now suing the college.

It all started when student Dia’mon Dallas and her fiancé Anfernee Royster went to the gun range with a family member who is a veteran. They posed for a photo and Royster posted it to Facebook with the caption “She’s my Bonnie and I’m her Clyde.”

Another student reported Dallas to the school, and just two days after the social media post, Dallas was confronted at the college’s St. Augustine campus by Donna Gary-Donovan, the assistant principal. Gary-Donovan told Dallas she was being indefinitely suspended.

During the following suspension meeting, Gary-Donovan allegedly said that Dallas had a “mean look” on her face in the picture, and that she was possessing “illegal guns.” Also according to the complaint, Gary-Donovan told Dallas that “things you do in the dark come in to the light.”

Dallas is suing the school for violating her First and 14th Amendment rights and retaliating against her in violation of the Florida Constitution. The firearms were legally purchased and lawfully possessed, according to a local report from Jacksonville Daily.

Think The Swamp Has Won? Not So Fast … The Founders Slipped A Fail Safe Into The Constitution: The Convention of States