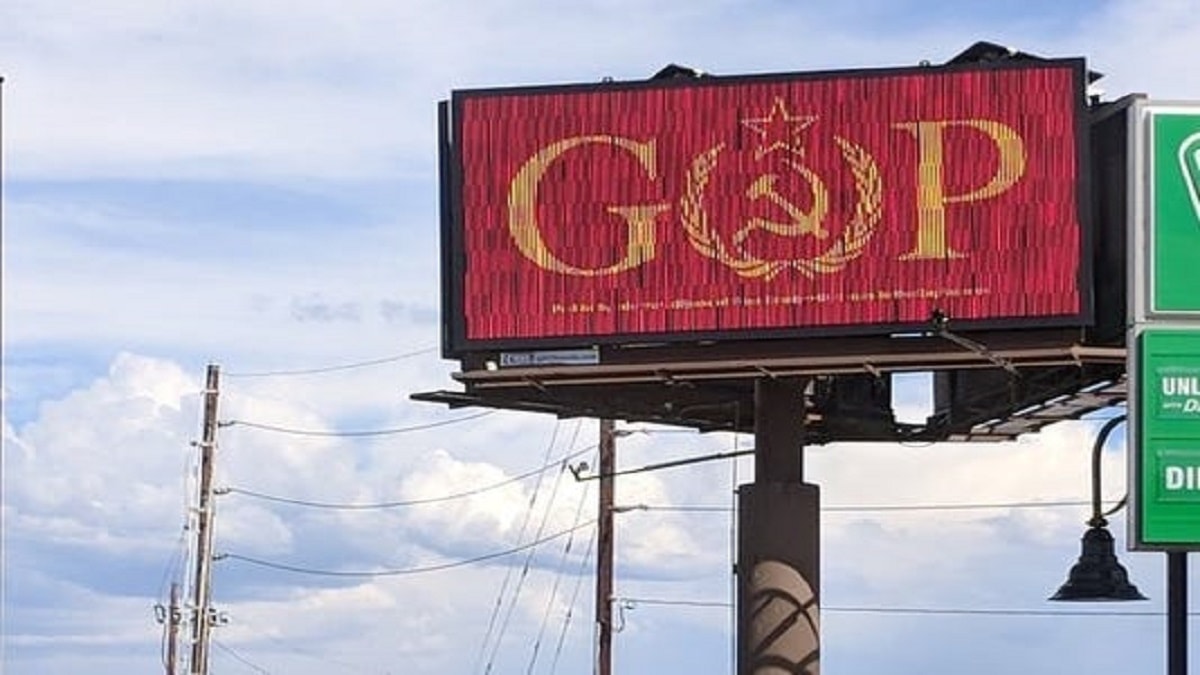 A new billboard in Grand Junction, Colo., is likening the Republican party to the former Soviet Union.

The billboard, created by local liberal blogger and author Anne Landman, reads “GOP” but the Soviet hammer and sickle replaced the O. The sign is also in red and gold, the trademark colors of the former communist nation.

“I bought the billboard myself for a week purely out of my own level of outrage and frustration over Trump’s secret meeting with Putin in Helsinki,” Landman told the Daily Sentinel.