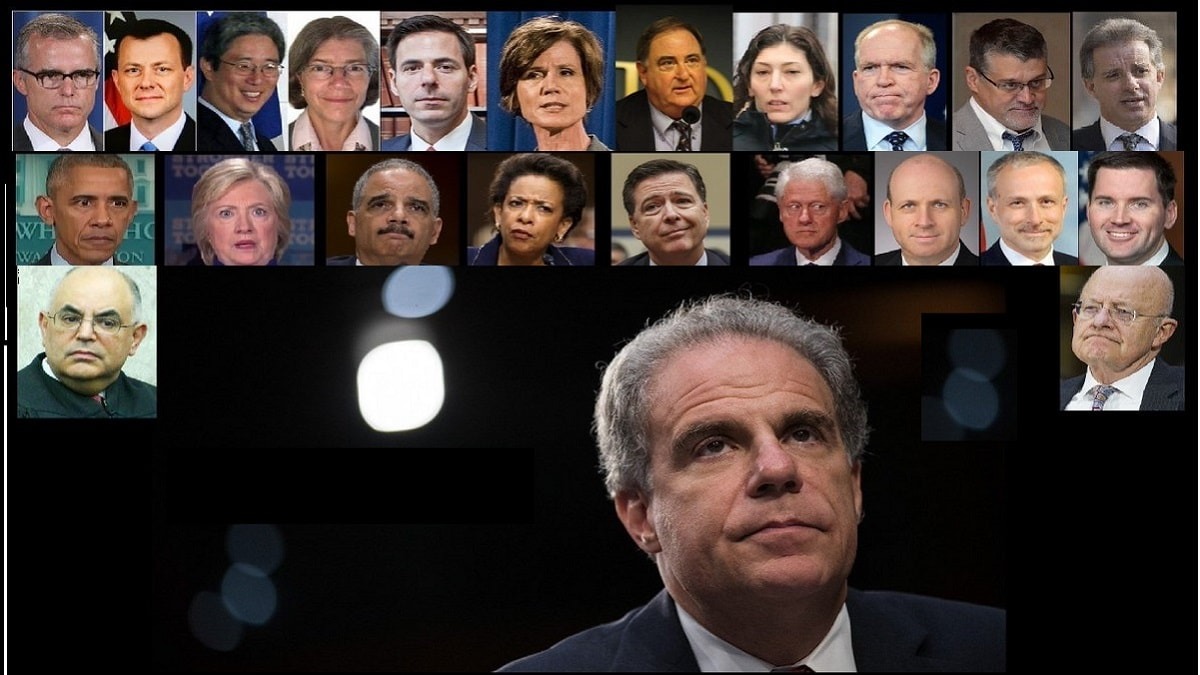 Joe DeGenova made an appearance on the Mornings on the Mall podcast to discuss a variety of topics including CNN hiring Andrew McCabe and the Horowitz Report.

DeGenova has reviewed the Report and announced on the radio show that the Horowitz has found all four FISA warrants used to advance the Russia collusion investigation into Donald Trump and his campaign were illegal.

For the record, I can report categorically that the Inspector General has found that all four FISA warrents were illegal. They were based on false information supplied to the FISA court.

He goes on to say:

Michael Horowitz had concluded that all four FISA warrants were illegal from the get go, which means that Comey lied on the first one, whoever signed the other three, including Rod Rosenstein…they were all false. And if they didn’t know they were false they were just so incompetent….We came to that conclusion two years ago. I’m delighted that the Inspector General has caught up.

The Horowitz report is completed and is now being circulated and information on it’s conclusions are trickling out slowly.