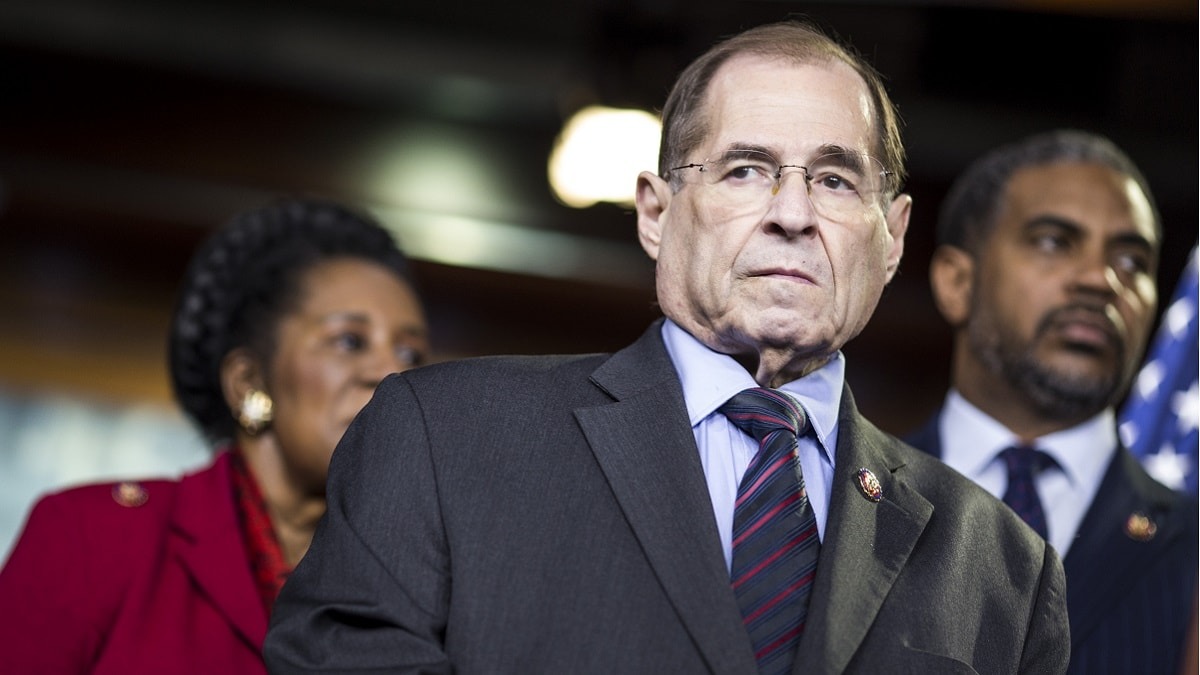 The Hill reports that head of the House Judiciary
Committee, Jerry Nadler, has announced the panel will vote on the Trump impeachment probe and whether to formalize proceedings for impeachment of the President.

The head of the House Judiciary Committee announced Monday that the panel will vote this week to formalize procedures for hearings as it seeks to determine whether to introduce articles of impeachment against President Trump.

Judiciary Chairman Jerrold Nadler (D-N.Y.) said the committee will vote Thursday on a resolution that would solidify several key policies, including that the panel’s staff be allowed to question witnesses for an additional hour — split equally between the majority and minority — after each committee member goes through their five-minute line of questioning.

Judiciary’s subcommittees would also be able to hold hearings as part of the probe, paving a way for Nadler to punt less-important witnesses down the line and save time.

The Democrats would also allow Trump’s legal counsel to respond in writing to evidence and testimony presented to the committee.

“The adoption of these additional procedures is the next step in that process and will help ensure our impeachment hearings are informative to Congress and the public, while providing the President with the ability to respond to evidence presented against him,” Nadler said in a statement. “We will not allow Trump’s continued obstruction to stop us from delivering the truth to the American people.”