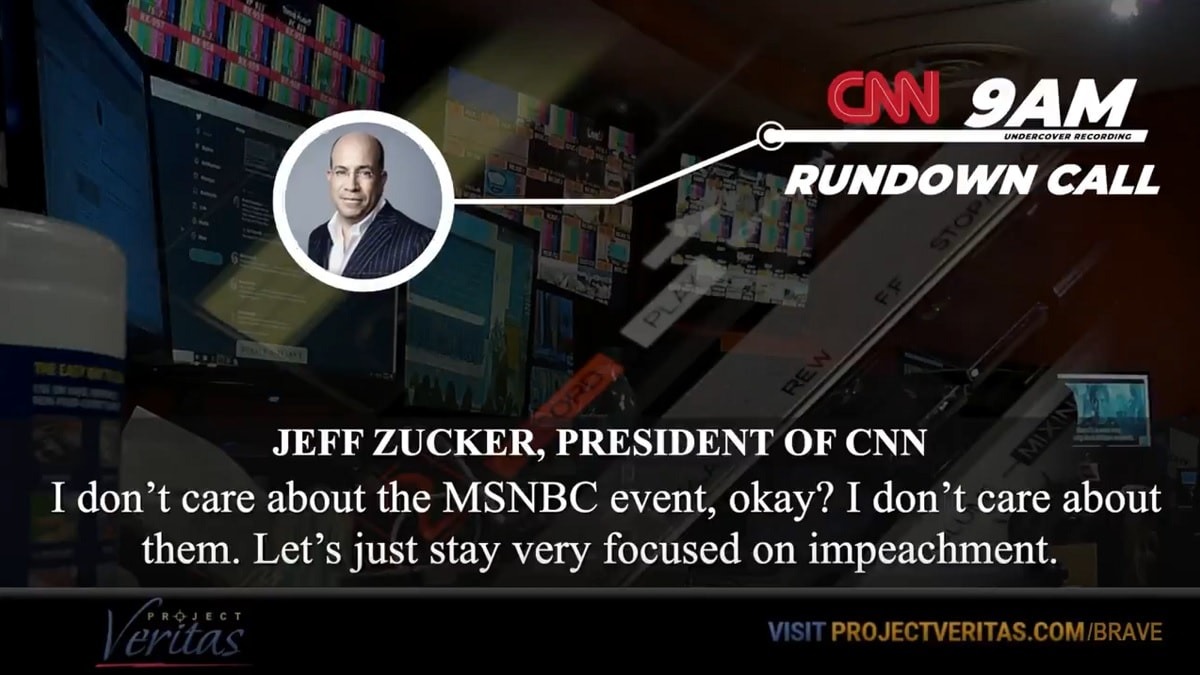 A CNN insider who says he thought he’d gotten his dream job when he was hired by CNN, soon realized it was a nightmare. The brave CNN employee decided to wear a hidden camera and record the morning briefings led by the news outlet’s president, Jeff Zucker.

Cary Poarch, a satellite uplink technician at CNN’s DC bureau, recorded various staff members, company executives along with Zucker, showing that the network president has a personal vendetta against President Trump. At least one employee felt that the media had created the “Trump monster” and it was thus CNN’s job to help defeat him.

Zucker was also recorded telling any CNN reporters who had a cozy relationship with Lindsay Graham that it was “time to knock that off. And it’s time to call him out.”

Zucker blamed years of fake news and conspiracies being spread by Fox News for the state of the country today. He said that he felt his network shouldn’t be”scared to say so.”

The Project Veritas exposé is being released in two parts. Fans can sign up for the latest video releases from PV here.