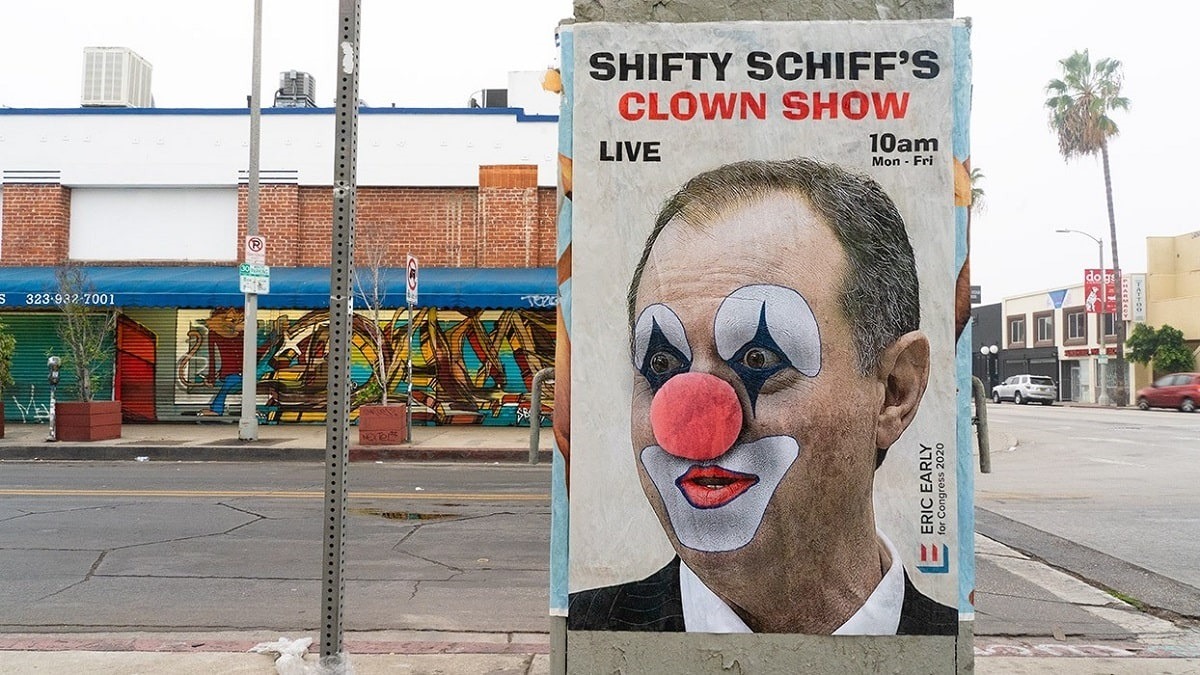 The Los Angeles street artist known as Sabo, has created a new series of posters mocking the impeachment and associated Democrats, which he has posted throughout Rep. Adam Schiff’s district in Los Angeles.

The new posters include a parody of Adam Schiff in clown face, advertising the “Shifty Schiff’s Clown Show.”

Another shows Schiff with his head in a toilet seat.

Sabo also altered a poster of the Showtime Series, Shameless, replacding faces of the series actors with those of Schiff, House Speaker Nancy Pelosi, Sen. Kamala Harris, and others California Democrats and people associated with the impeachment inquiry.

He even created a pro-Eric Early advertisement on the back of a bench. Early a Republican who is running against Schiff in the 28th district.

Sabo’s Paypal account was recently closed and he was banned from using the platform to raise money to fund his street art. Sabo announced on Facebook that Paypal is holding his funds for the next six months.