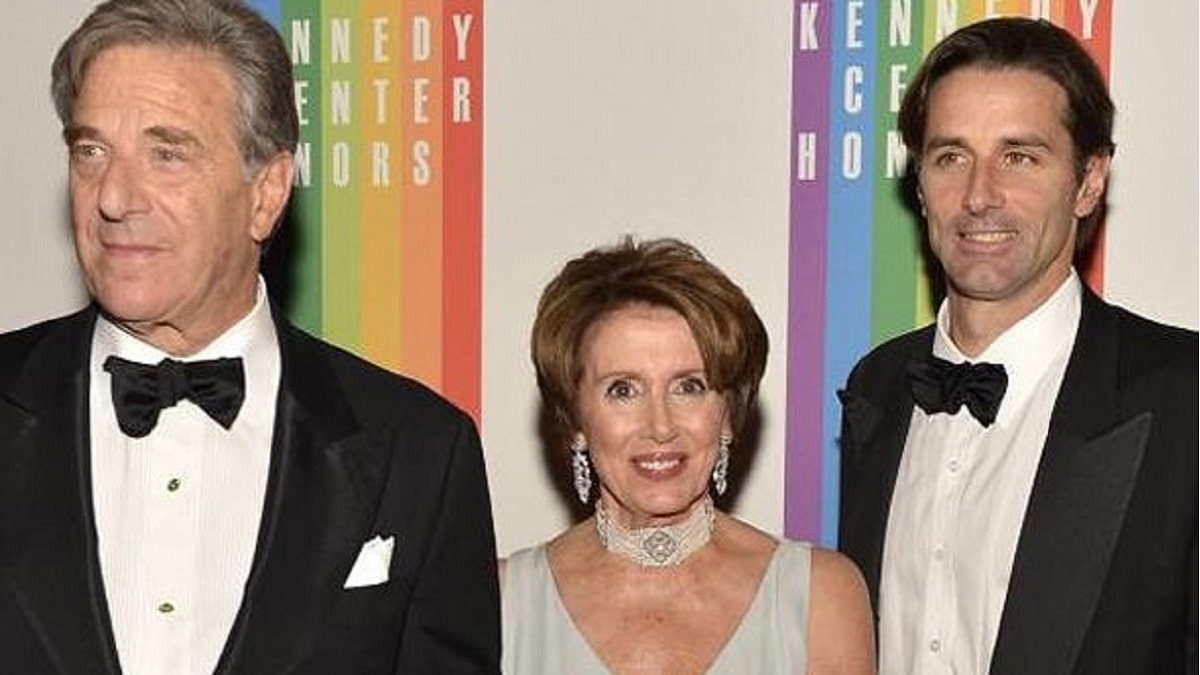 So the plot thickens as the news is out that Nancy Pelosi’s son, Paul, had a high paying “no-show” job designed to “buy influence” with his politically powerful mother. What’s more, Nancy Pelosi herself appeared in a promotional video for the company.

According to an exclusive report from The Gateway Pundit:

Shortly after his mother Nancy Pelosi became the first woman speaker, Paul Pelosi Jr., was hired by InfoUSA for $180,000 a year as its vice president for Strategic Planning in 2007.

Pelosi kept his other full-time day job as a mortgage loan officer for Countrywide Loans in California. And, unlike all of the other InfoUSA employees, Paul Pelosi did not report to work at the company’s headquarters in Omaha.

But this really isn’t new information. In fact, Newsmax reported on the link back in 2007. The report also noted how InfoUSA gave millions to the Clintons.

A database company that has showered money on Bill and Hillary Clinton – and is alleged to have aided scam artists – now appears to have close links to House Speaker Nancy Pelosi’s family as well.

The firm InfoUSA, headed by major Clinton backer Vinod Gupta, has placed Pelosi’s son, Paul Pelosi Jr., on its payroll – even though he has no experience in the company’s main business activities, NewsMax has learned.

The company is also under fire in a shareholder lawsuit which alleges that Gupta is appropriating company funds for personal use and his political pet projects.

Shareholder critics are furious that Gupta had InfoUsa pay former President Bill Clinton $2.1 million in “consulting fees” since he left the White House, with another $1.2 million promised.

Just four weeks after Nancy Pelosi became speaker of the House this past January, Gupta and InfoUSA hired her son as a senior vice president. He told NewsMax InfoUsa pays him $180,000 a year.

Even though his job with InfoUSA is considered full-time, Paul Pelosi continues another full-time job, as a home loan officer at Countrywide Home Loans, part of Countrywide Financial, in San Mateo, a suburb of San Francisco.