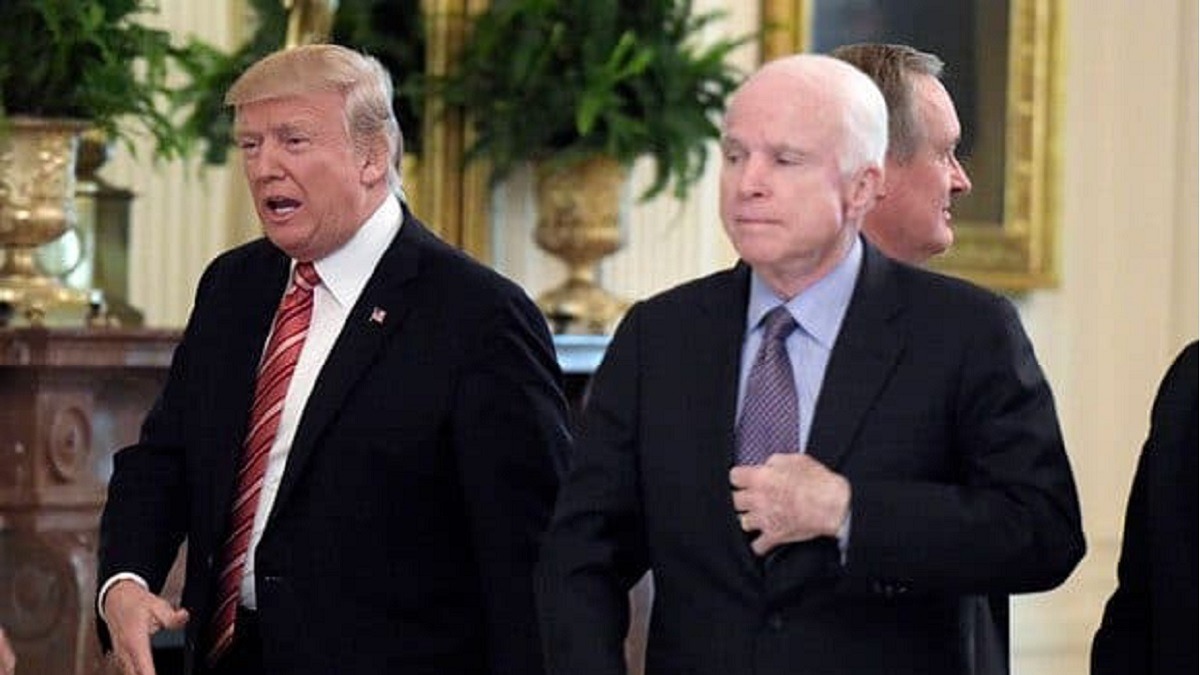 After John McCain’s death, democrats oddly called him an American hero and upstanding patriot, accolades that were never given him while he was alive. New evidence regarding McCain’s role in advancing the Russia collusion narrative that lead to spying on the Trump campaign, could explain his sudden popularity with democrats.

There have long been questions about why it was necessary for McCain to pass Steele’s anti-Trump dossier to Comey on December 9, 2016, several weeks after the November 2016 presidential election. By then, Steele had already met numerous times with FBI agents to provide them with his controversial reports. Steele, however, was terminated as an FBI source in the fall of 2016 because he spoke to the news media.

The IG report discloses that McCain gave five new Steele reports to Comey that the FBI did not previously possess, showing that McCain served as a conduit for Steele’s information to reach the FBI even after the British ex-spy was formally cut off as an FBI source.

It is not clear whether McCain knew at the time that Steele had previously been terminated as an FBI source.

The IG report also verifies that a McCain aid obtained the Steele reports directly from Fusion GPS co-founder Glenn Simpson, meaning that when McCain transferred the anti-Trump charges to Comey he had to have known that the material originated with a firm that specializes in controversial opposition tactics.