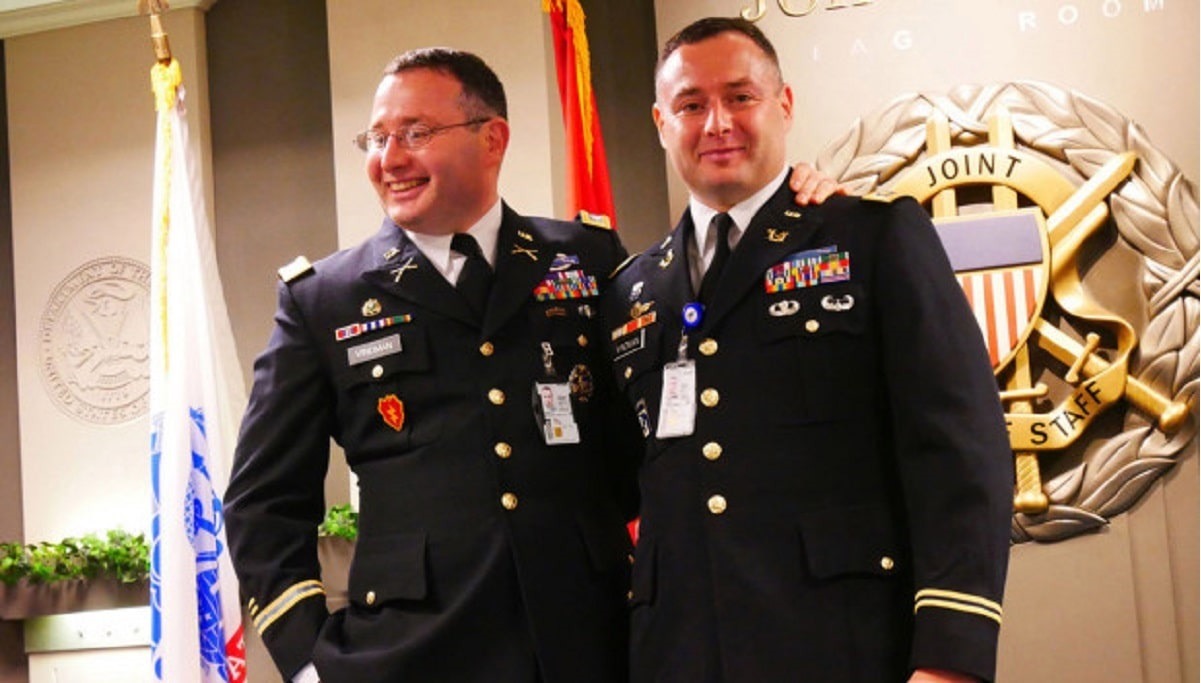 Yevgeny Vindman, the twin brother of LtC Alexander Vindman who was a star witness in the impeachment hearings, is likely the source of leaks of John Bolton’s book that suggest President Trump told him to conditionally withhold Ukrainian aid.

A source close to the Trump administration informs Breitbart News that Army Lt. Col. Yevgeny Vindman, a senior ethics lawyer for the National Security Council (NSC), is in charge of reviewing all publications by current and former NSC officials.

The official added that Yevgeny Vindman could have seen former National Security Advisor John Bolton’s draft manuscript after it was submitted for prepublication review at the end of December.

The review is a standard process that allows the NSC to review book manuscripts, op-eds, or any other material for any classified material to be eliminated before publication.

The New York Times reported Sunday evening that Bolton’s draft book manuscript, which had been submitted to the NSC for prepublication review on Dec. 30, alleged that President Trump told Bolton in August 2019 that he wanted to withhold security assistance to Ukraine until it agreed to investigate former Vice President Joe Biden, among others.

It was not clear if the Times had seen the Bolton manuscript; its sources were “multiple people” who “described Mr. Bolton’s account of the Ukraine affair.”

Bolton’s lawyer, Chuck Cooper, issued a statement in which he said: “It is clear, regrettably, from The New York Times article published today that the prepublication review process has been corrupted.” He did not confirm or deny the Times‘ reporting on the content of the manuscript.

Yevegeny Vindman is the identical twin brother of Lt. Col. Alexander Vindman, who is one of Democrats’ key witnesses in the impeachment of President Donald Trump. The brothers have offices across from each other.