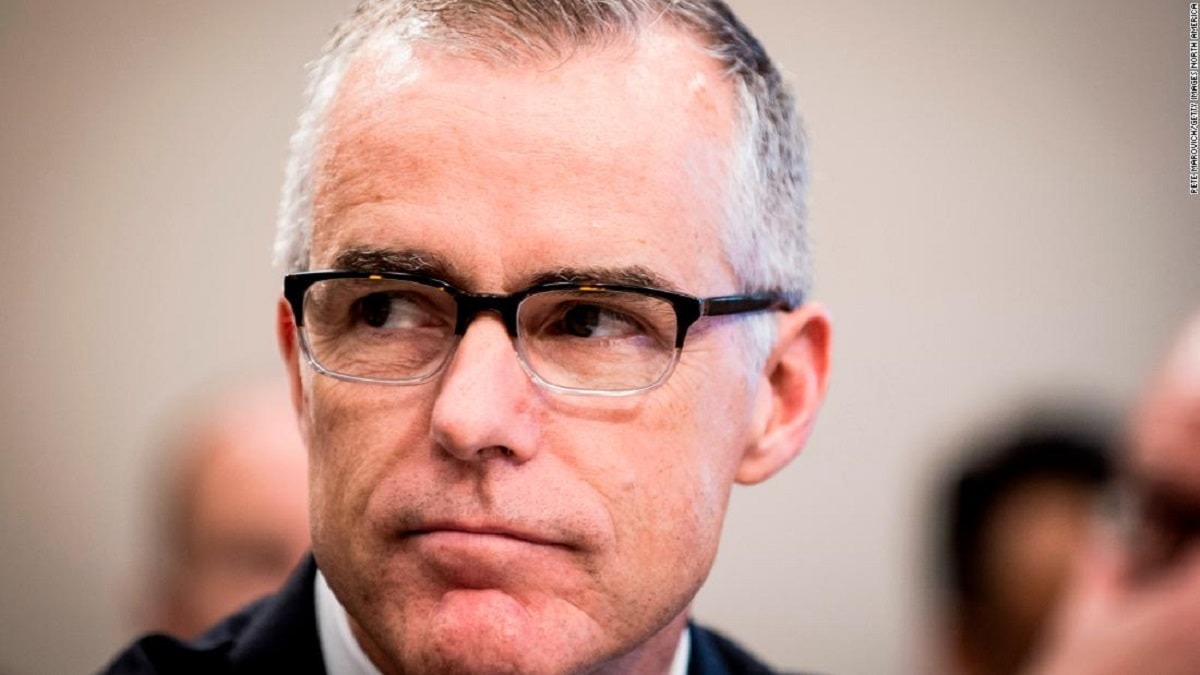 Chalk up a win for the deep state and former CIA Deputy Director Andrew McCabe walks without charges in the Russia Collusion debacle. CNN will not have to televise his arrest, at least for now.

Federal prosecutors have declined to charge former FBI Deputy Director Andrew McCabe, closing an investigation into whether he lied to federal officials about his involvement in a news media disclosure, McCabe’s legal team said Friday.

The decision resolves a criminal investigation that spanned more than a year and began with a referral from the Justice Department’s inspector general, which said McCabe repeatedly lied about having authorized a subordinate to share information with a newspaper reporter for a 2016 article about an FBI investigation into the Clinton Foundation.

McCabe’s lawyers said in a statement they were told in a phone call and letter that the case is closed and “no charges will be brought against him based on the facts.”

McCabe, a frequent target of attacks from President Donald Trump, has denied that he intentionally misled anyone. He has said his 2018 firing — for what the Justice Department called “lack of candor” — was politically motivated. He sued the Justice Department in August, saying officials had used the inspector general’s conclusions as a pretext to rid the FBI of leaders Trump perceived as biased against him.

In a letter on Friday, prosecutors told McCabe’s lawyers that they decided “not to pursue criminal charges against your client” after careful consideration.

“Based on the totality of the circumstances and all of the information known to the government at this time, we consider the matter closed,” said the letter, signed by the chief of the U.S. attorney’s office’s public corruption unit.