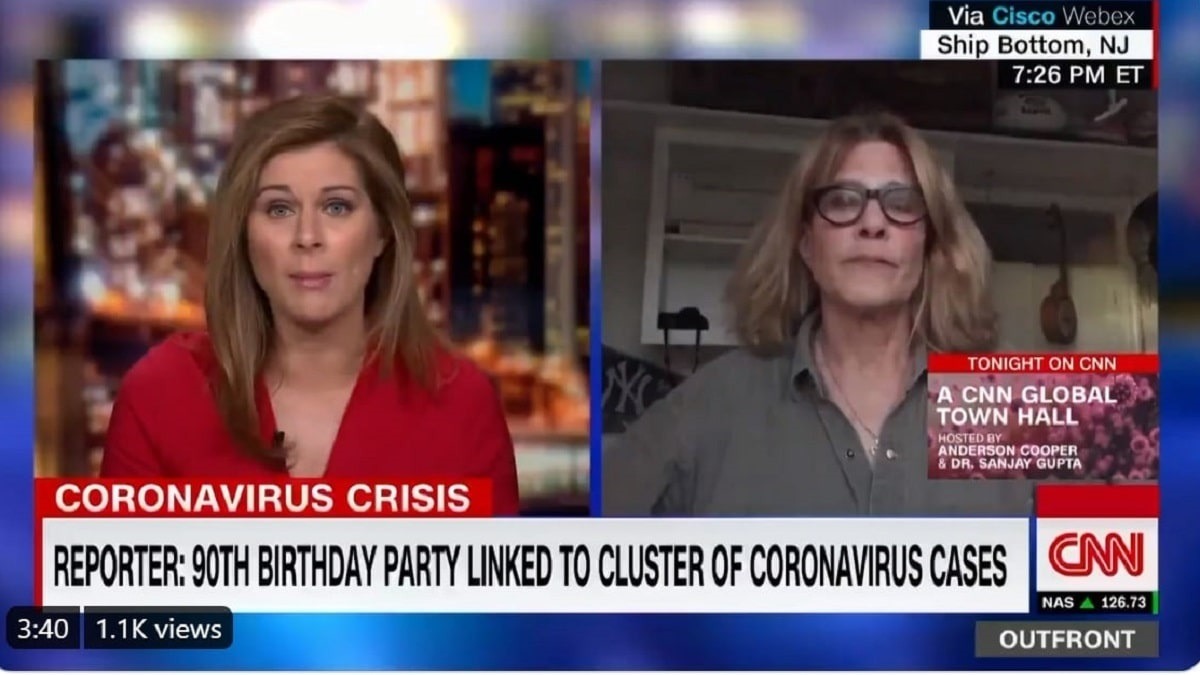 A journalist who hosted a 90th birthday party for her mother has tested positive for Covid-19. Journalist Alice Stockton-Rossini had been covering an Covid-19 outbreak in New Rochelle, NY, where she believes she was infected.

The party was held on March 8th at a church in Long Beach Island, where approximately 25 of her mother’s friends were in attendance. Social gatherings had not been banned at the time of the party.

At least eight guests, who were linked to the party, have tested positive for Covid-19, including her parents and her brother-in-law. The brother-in-law, who is 56, is currently on a ventilator at a New York hospital. Two others who were infected by the journalist.have already died from complications of the disease.

Every member of my family has tested positive except for my son… not all of us had the same symptoms. They really have to test people that are having a variety of symptoms — not just the big three: fever, and cough and lethargy.

I had no idea how quickly this virus would spread. No idea at all…And it is frightening. And it is sobering. And it’s not fun to have to live with the fact that you could make someone extremely sick.

Rossini’s mother became ill the day after the party with a fever that spiked to 102. She was taken to the hospital where she tested positive for the virus. There are currently no updates on her condition.