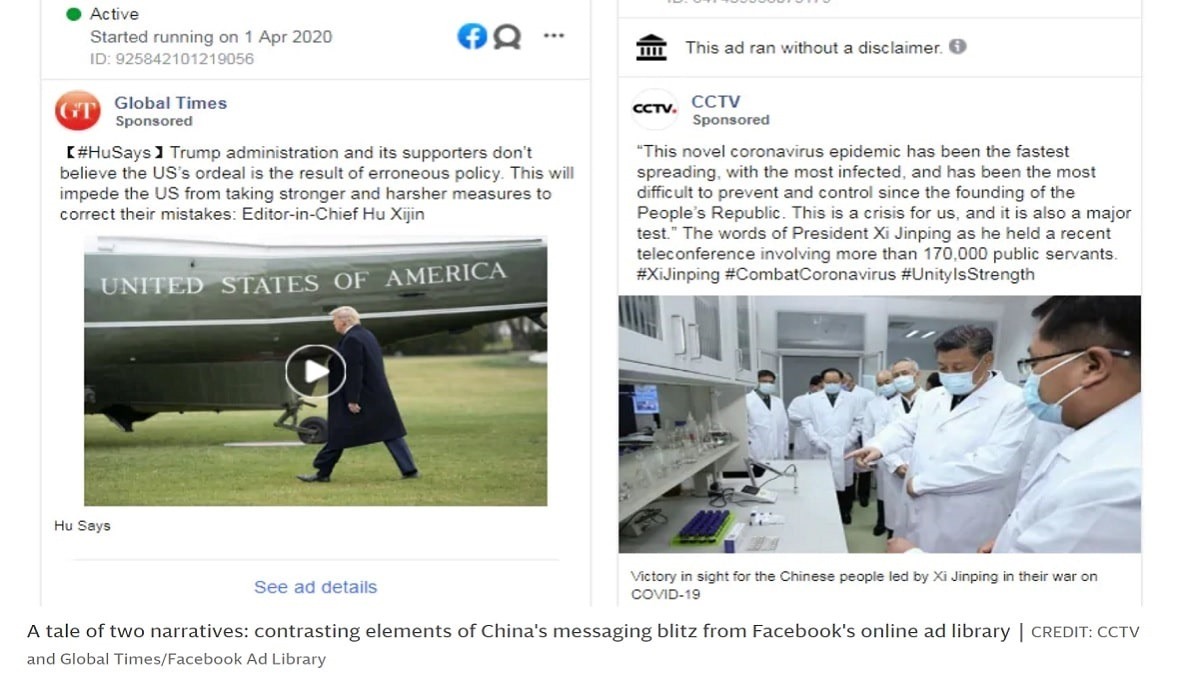 Facebook has a ban on political ads, but somehow the social media platform has been allowing China to run anti-Trump ads blaming him on the coronavirus epidemic for months now. Wouldn’t this be considered China helping Joe Biden in the 2020 election? Will we see years of investigation on Biden-China collusion? We seriously doubt it.

In a report from Vice:

Chinese state media has been flooding Facebook and Instagram with shady political ads praising Beijing and bashing “racist” President Trump as part of a wider campaign to rewrite its part in the global coronavirus pandemic.

The undisclosed political ads, from Global Times, Xinhua News Agency, Global China Television Network (GCTN), and China Central Television (CCTV), all ran on the two platforms in recent months, targeting users around the world in English, Chinese, and Arabic, but they’ve only now been flagged by Facebook as being political.

The ads ran without a political disclaimer, meaning they weren’t subject to the same oversights and didn’t show who they were targeting and who was paying for them. VICE News counted more than 55 ads from all four broadcasters in Facebook’s ad library archive.

The company said many of the ads were not labeled as political and would simply have disappeared once they expired, making it virtually impossible to assess the full scale of China’s propaganda effort.

One video published by Global Times that’s been viewed over a million times questions whether the virus originated in China while labeling Trump’s use of the term Chinese virus as “racist.” Another ad by Xinhua, focusing on Trump’s replacement of the word corona with Chinese in a speech, was labeled “Racist in Ink.”