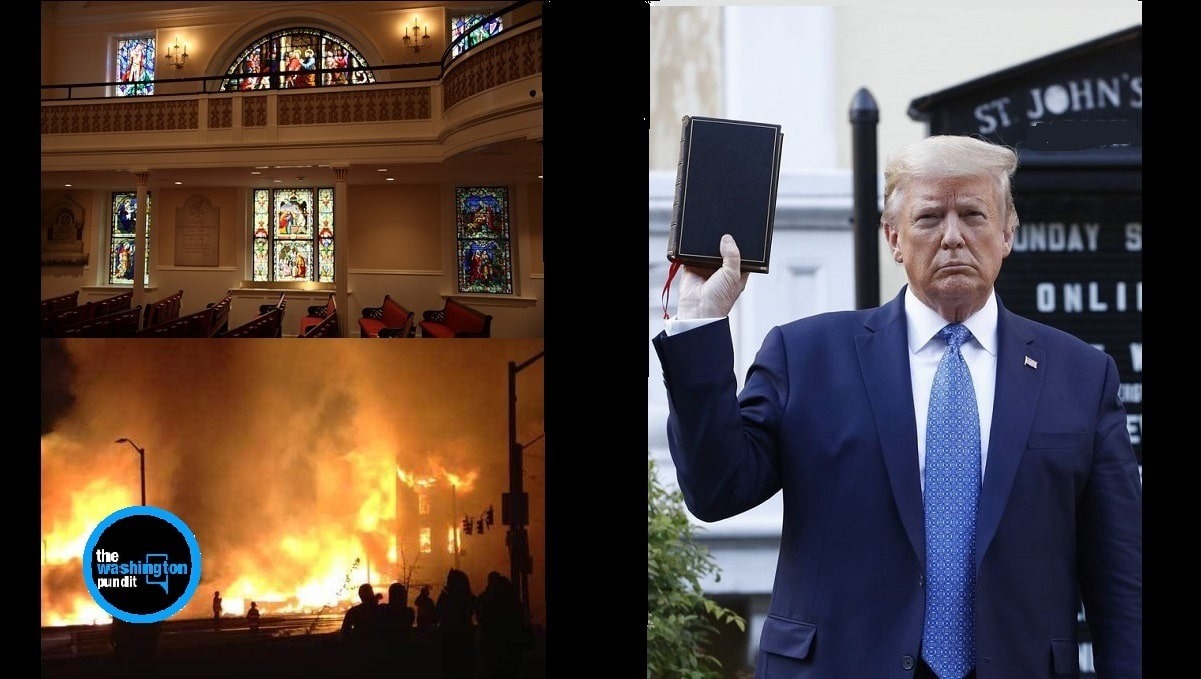 Rioters set the St. John’s Episcopal Church in Washington, D.C. on fire Sunday during protests against police brutality in the black community. The church sits in Lafayette Square just across the street from the White House. St. John’s is a national historic monument, which has been the church of choice for many a resident of The White House.

On Monday, just prior to President Trump holding an Address to the Nation in the Rose Garden, secret service and D.C. police cleared the area in and around Lafayette Square and the church of protesters. They reportedly used tear gas and rubber bullets to disperse the crowd. This act caused some out rage among the left as they were horrified that the allegedly peaceful protesters were being shooed out of a public park, long before curfew.

But, why the outrage? The president must be protected no matter what. Whether the protesters are peaceful, whether the area they are in is public space, and whether they have a legal right to there is all irrelevant. If the president could be in danger, and based on the past week of violent uprisings it’s safe to assume that he very well could be, then it’s the duty of the Secret Service to clear the way for him and secure the area.

And so they did.

President Trump gave his speech in the Rose Garden, then announced he was going to visit “a very important place”, and made his way on foot to St. John’s Church.

At the church, a photo was taken of President Trump standing with a bible in hand, which sparked outrage from bishops, politicians and of course the media. Critics judged the picture as a photo-op, accusing Trump of ‘wanting a visual.’ Religious leaders rebuked him for using the bible as a prop, members of congress said it was an action worthy of censure.

Much of the reaction really seems to be an over action to a moment in time. Trump visited the church and had a picture taken. That’s all the majority of the world saw. But what else did he do there? Did he pray for the victims of senseless violence? Did he pray for our fractured nation? Did he pray for guidance during this difficult time in his presidency?

We don’t know and we probably never will.