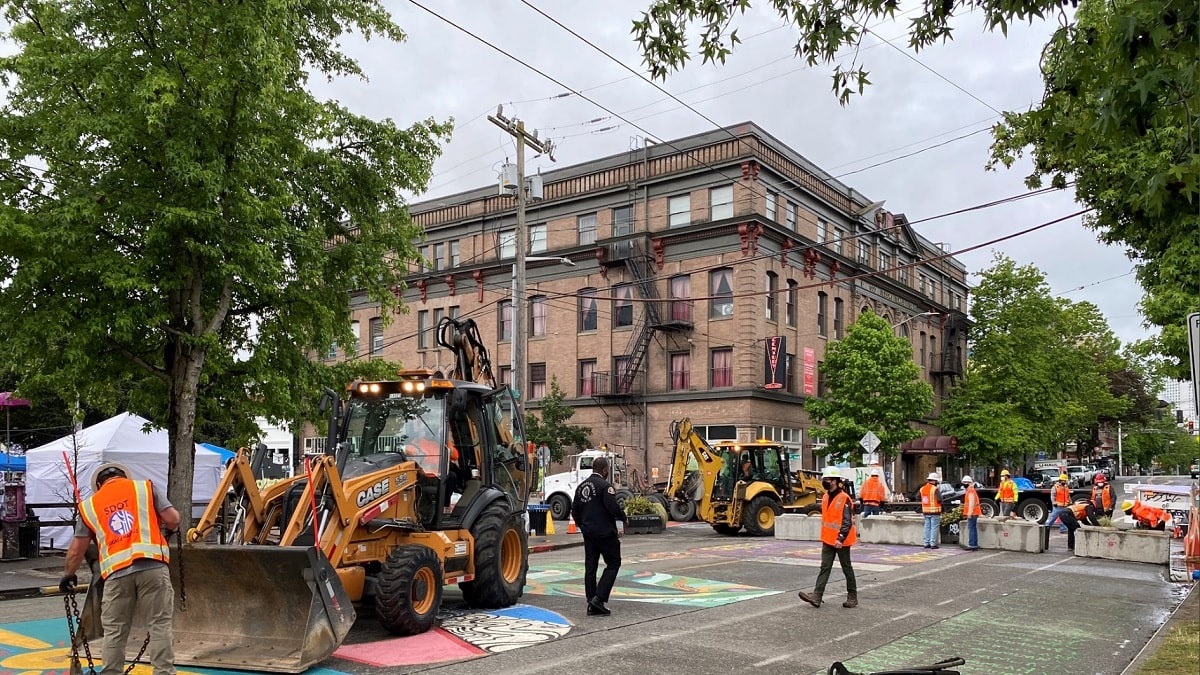 The protesters who’ve taken over a 6-7 city block area of Seattle known as Capital Hill have reached an agreement with the city to solidify their ‘borders.’ Formerly known as CHAZ, the Capitol Hill Autonomous Zone, the area recently rebranded to Capitol Hill Orgamized Protest, or CHOP.

The Seattle Department of Transportation is installing concrete barriers in the middle of Pine Street, running East and West, which will split the road for both pedestrian and vehicle traffic. This will allow for emergency service vehicles to pass through the area.

The city will remove temporary roadblocks that were established when protester took over the East police precinct last week. The move was confirmed by Seattle’s Fire Chief, Harold Scoggins, the Seattle Department of Transportation and Seattle Public Utilities.

But the agreement, will reduce the size of CHOP down to about a three block area, allowing cars to flow past the original site of the siege. The change to concrete barriers will also allow access by emergency vehicle to the area.

Seattle Police are not involved in the change, citing a resistance to escalating tensions by entering the area. Police have also been temporarily banned from using tear gas, pepper spray, or foam-tipped projectiles against protesters by a federal judge. The court ruled that use of these weapons against the protesters during riots over the death of George Floyd stifled freedom of speech.

Seattle’s mayor, Jenny Durkan has been supportive of the members of CHOP, but has yet to make a statement on the agreement between the city and it’s organizers.