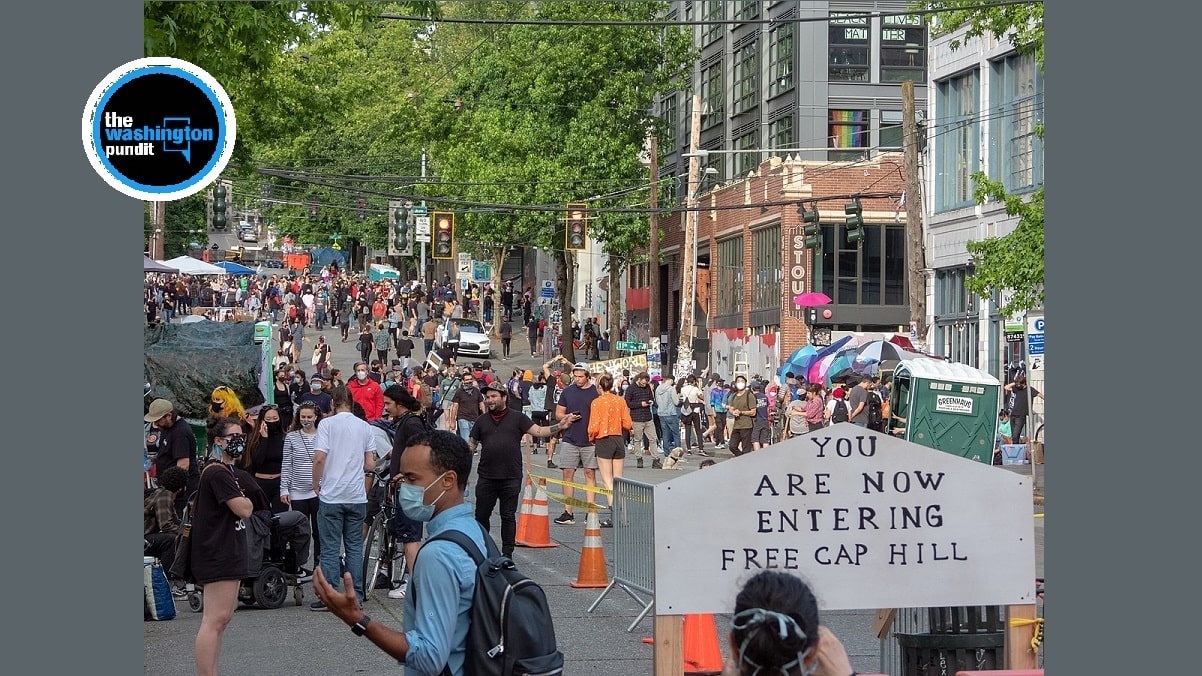 Their mayor has abandoned them and sided with the anarchists who’ve taken over a portion of the Seattle Capitol Hill neighborhood. But the residents say they don’t feel safe. They want their police force back.

During interviews with KIRO7 News, some residents of the Capitol Hill Organized Protest (CHOP), say they feel like “sitting ducks” inside the occupied zone. Matthew Ploszaj, an 8-year resident of a Pine Street apartment building near police precinct now occupied by protesters asked;

We are now right in the middle of the autonomous zone. Who do we call or ask for help when burglars are breaking in and stealing our property?

For Ploszaj, this was a very real scenario. He had in fact witnessed someone breaking into the courtyard of his apartment building. The trespasser stole a bicycle and several other items. When Ploszaj called 911, he was told that they would not be responding to calls in the area, except for life-safety issues.

Many residents of the occupied area in Capitol Hill are reportedly senior citizens. When they’ve tried negotiating with the CHOP protesters themselves, they’ve been largely dismissed, shouted down or booed.

Earlier this week, CHOP and the city negotiated for a new border wall made up of concrete barriers to provide safety for the protesters. CHOP had to give up about half of it’s occupied territory to make the deal. This has allowed some car traffic, emergency vehicles and police to re-enter the neighborhood. Deliveries to businesses and residents have also been able to resume.

CHOP GETS NEW BORDER WALL AND SEATTLE IS PAYING FOR IT

Seattle Fire Chief Harold Scoggins has been at the protest site nearly every day since Seattle police abandoned Capitol Hill. This week, police officers also entered the area on foot. But, a full fledged return of the Seattle police to their East Precinct has not been clearly defined.