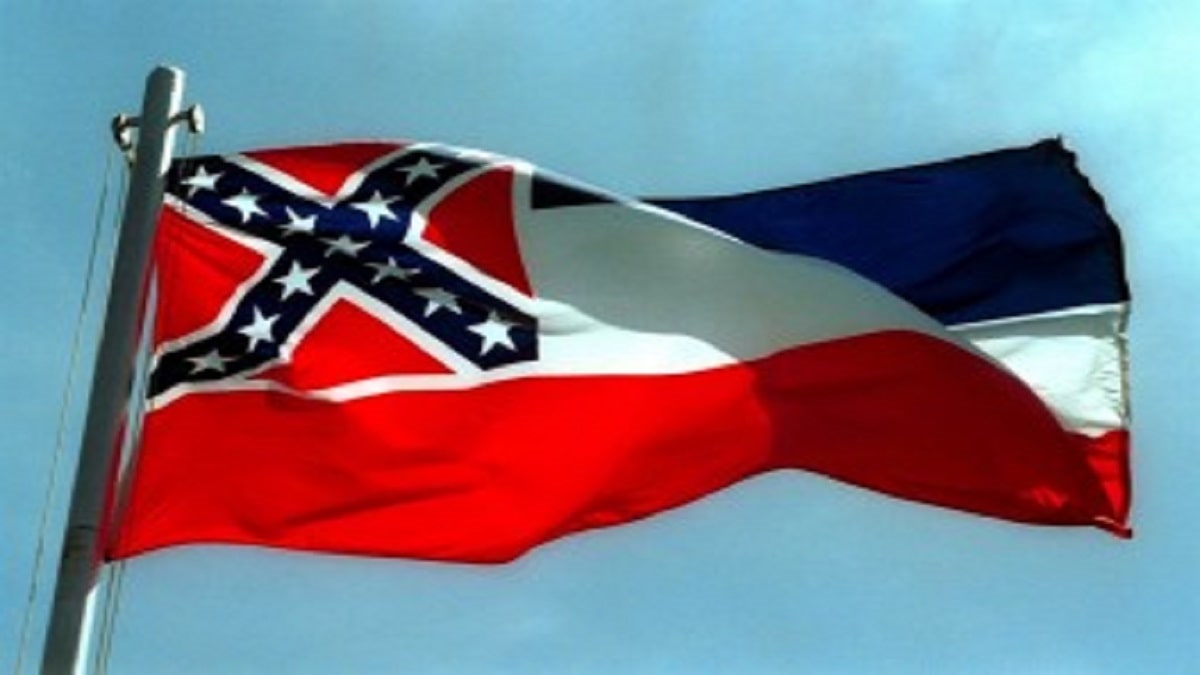 This Mississippi state flag is the last state in the union to don anything related to the confederacy. The controversial Confederate flag is a prominent part of the state’s emblem, which was adopted in 1894. The last time the flag came under scrutiny was in 2001, when voters were allowed to choose whether to keep the flag. Mississippi residents voted to keep the design of the flag.

The conversatoin about the flag started with a previously placed ban on tournaments played in offending states, which only allowed them if a team from the state made the tournament.

According to The Hill;

The NCAA’s previous policy prohibited the awarding of sites determined in advance to states that display the flag but allowed events to be held in such states if a college or university team earned the right to host a game based on its tournament seeding or ranking, which was considered a nonpredetermined award.

On Friday, the NCAA ordered a ban on championship play in any state which prominently displayed confederate symbols, and specifically naming Mississippi in it’s ruling.

The new policy issues a blanket ban on any championship events from being held in states where the Confederate flag is prominently displayed.

Joining the NCAA is the Southeastern Conference (SEC) which is urging Mississippi to change it’s flag or face a ban of championships played in the state.

In a statement about the expanded ban, NCAA President Mark Emmert said

Competing in an NCAA championship is a special experience for college athletes who compete at the highest level and we are grateful for the college athlete voice leading to this decision.

State officials say they will once again allow the people of Mississippi to decide whether to keep the current flag or change it. However, they say the vote would not occur until next year, despite the NCAA and SEC stance on tournament play.