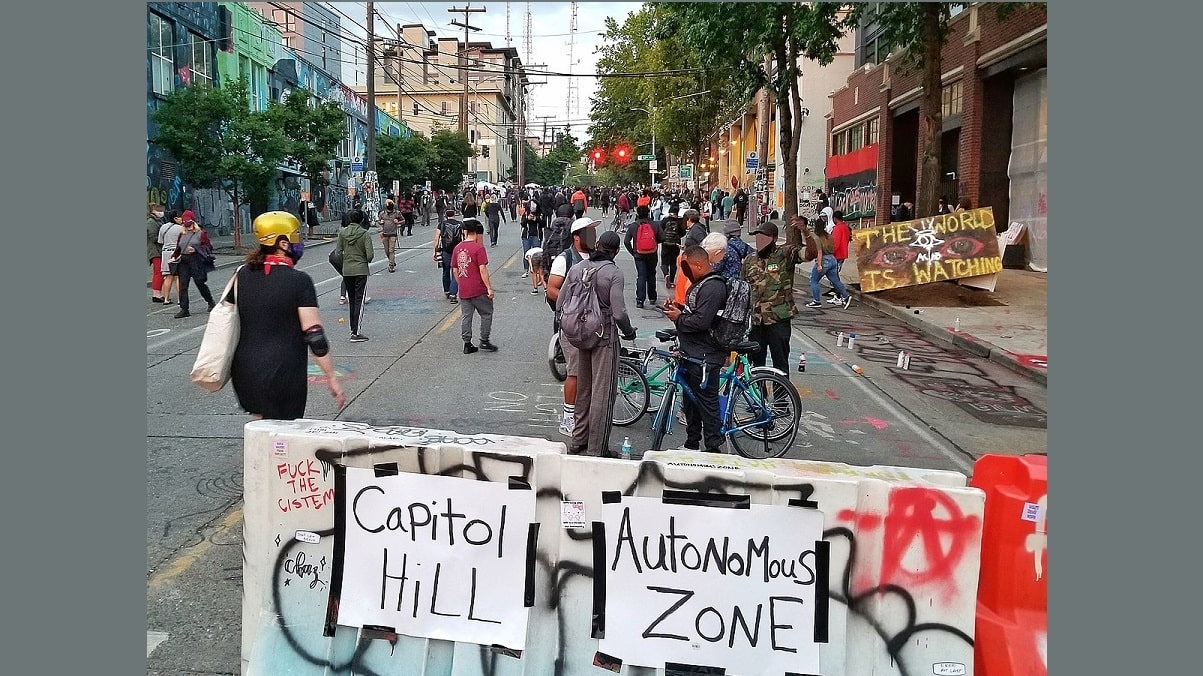 Seattle area police officers were called to the CHOP after an early morning shooting which left one person dead and another critically injured. Police say they attempted to respond to the call, but were met by an “violent crowd” which denied them access to the shooting victims. Both victims were males and were taken to Harborview Medical by self-appointed CHOP medics.

The shooting occurred around 2:30 a.m. Saturday morning at 10th Avenue and Pine St. An unidentified 19-year old male was undergoing CPR in front of a local restaurant, before being transported to the hospital where he died from his injuries.

The second man, unnamed and age unknown, was being treated for life threateneing injuries at the hospital.

It is unknown at this time whether anyone was taken into custody by the police. No immediate details were available about what led to the shooting. Police do not have a suspect and no one from CHOP has offered any useful information.

The Seattle police seek public assistance in solving this crime. Anyone with information should call the Seattle Police Department’s Violent Crime Tip Line at (206) 233-5000.