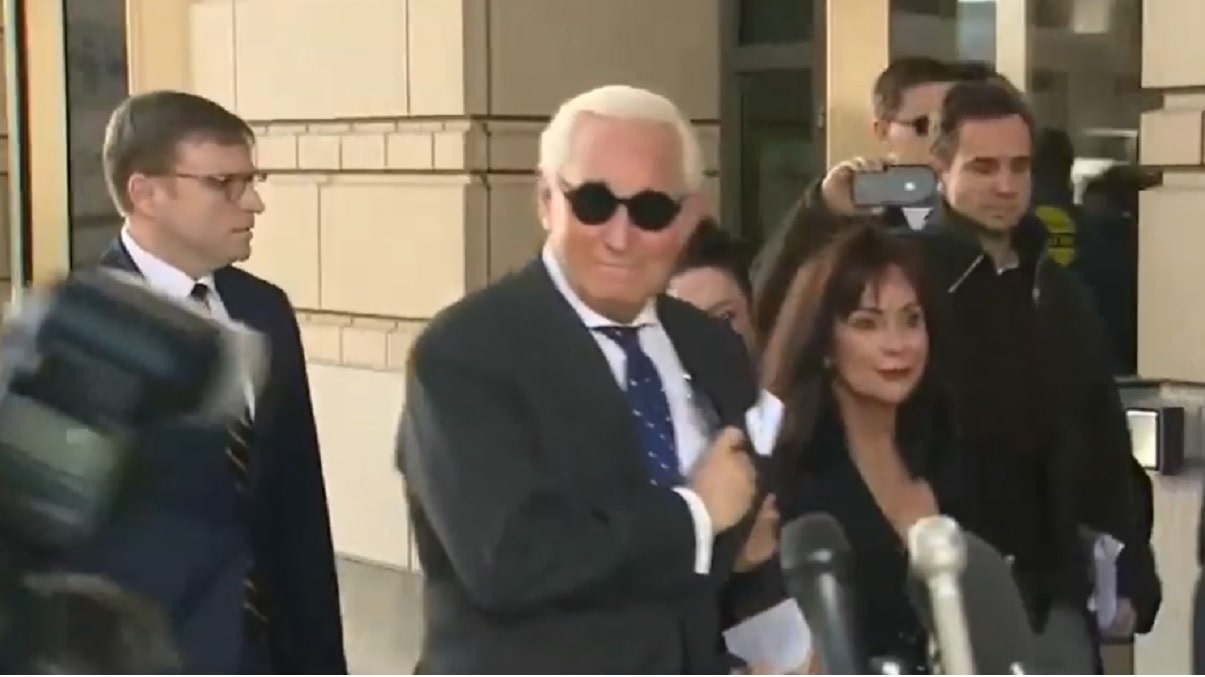 The Department of Justice released new sections of the Mueller report relating to Roger Stone late of Friday. Stone reponded in an exclusive letter published in the Gateway Pundit. Stone has requested that The Washington Pundit share this information:

Late yesterday the Department of Justice released previously redacted sections of the discredited Report regarding me. The Russian Collusion and Wikileaks collaboration so adamantly insisted would be proved by propaganda fronts like Mother Jones, Vox and CNN is nowhere to be found.

One of the redacted sections the Mueller report released yesterday re-cycles the false  claim by Michael Cohen that he overheard a conversation on the telephone between me and candidate Donald Trump in 2016 regarding the WikiLeaks disclosures. The President has denied this in his written answers to Mueller and I have denied it under oath before the House Intelligence Committee.  This was not among even the contrived charges against me for lying to Congress. No such conversation ever took place.

This is not new. Michael Cohen made this same claim under oath to the House Oversight Committee on February 27, 2019 in a public hearing which was widely covered. It is also false and Mueller’s dirty cops could find no corroboration whatsoever for this fantasy. First Cohen told the Dirty Cops that this alleged call happened in July during the Democratic National Convention. Then he changed his story and said it was in August just before the Republican National Convention.