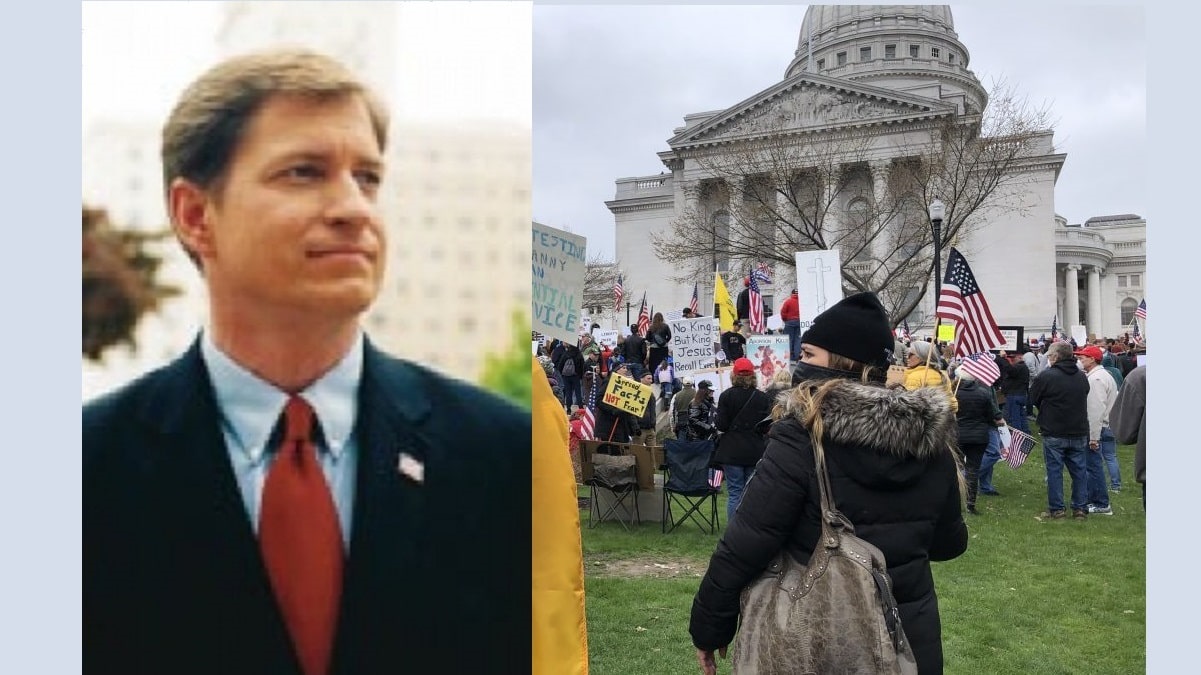 Wisconsin democrat state senator, Tim Carpenter, was attacked by violent rioters late Tuesday while shooting video of the event in the state’s capital city of Madison. Carpenter, who represents the Milwaukee area said that he had his cell phone taken before he was punched five to six times and kicked in the head by protesters angry that he wouldn’t delete the footage he had taken.

Carpenter posted on social media that he believed he may have suffered a concussion, had blurred vision in one eye, a swollen cheek and sore neck and ribs.

At least two people were involved in the attack on Carpenter. On a video sent to Washington Post, they can be seen running toward him. One then grabs his phone and he can be heard saying ‘leave my phone alone.’

A woman responds, ‘delete it!’, referring to the footage he was shooting. Soon after he was assaulted by 8-10 protesters.

I don’t know what happened … all I did was stop and take a picture … and the next thing I’m getting five-six punches, getting kicked in the head,

A few moments later, a camera crew stated that Carpenter had collapsed in front of them and later tweeted a photo of someone resembling the senator lying in some shrubbery. The crew called paramedics to the scene.

Sad thing I’m on their side for peaceful demonstrations — am a Gay Progressive Dem Senator served 36 years in the legislature.