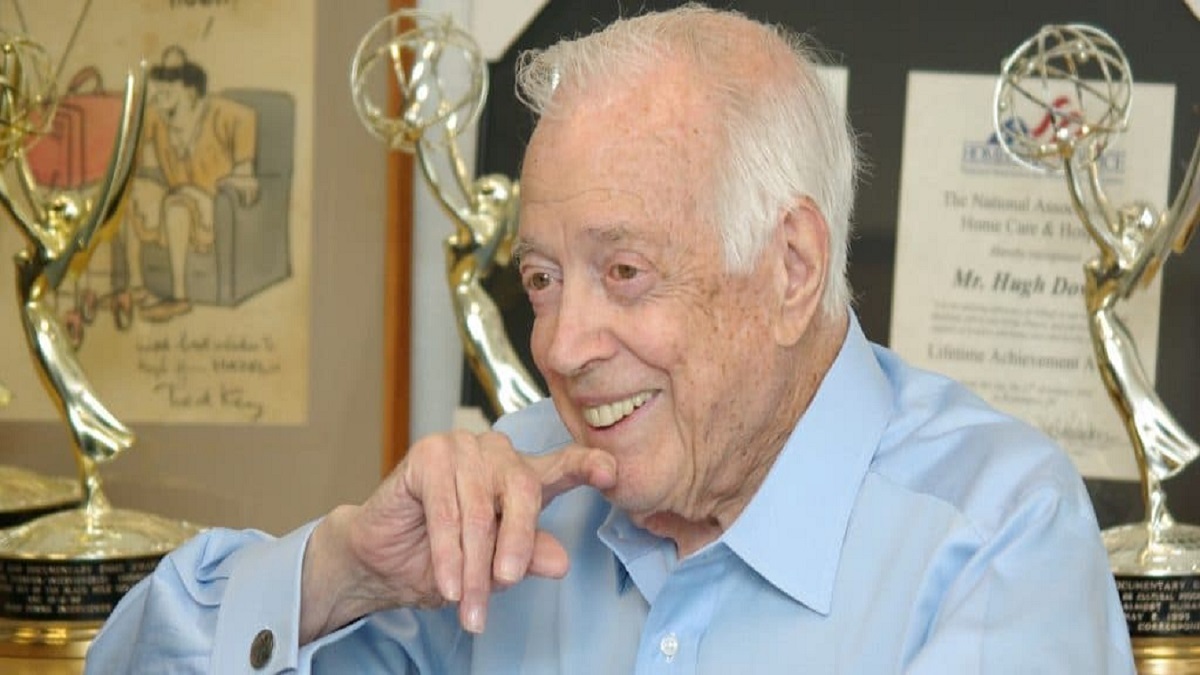 SCOTTSDALE, AZ — Emmy Award-winning television host and news anchor Hugh Downs has died, his family confirmed Thursday to KNXV-TV and KTVK. He was 99.

In a statement, family members told KTVK that Downs died Wednesday at his home in Scottsdale, Arizona. A spokeswoman for the family told the news station that he did not have COVID-19.

Downs began his decadeslong career in broadcast as a radio announcer in Lima, Ohio. In 1957, he helped to launch “The Tonight Show” with Jack Paar. In 1962, he began a nine-year gig as host of NBC’s “Today” show.

Downs last served as co-host of ABC’s “20/20″ program alongside Barbara Walters, a position he left in 1999, according to The Washington Post. Robert Simon, curator for television and radio at the Paley Center for Media in New York told the newspaper that Downs “represented the entire history of broadcasting.”

“Whatever the format, he was that consummate, quintessential broadcaster who could adapt his style to what was needed,” Simon said, according to the Post.

Downs was distinguished in 1985 as the Guiness World Record holder for having the greatest number of hours on commercial network television with 15,188 hours on the screen, according to KTVK. He held the title until 2004, when he was overtaken by television host Regis Philbin.