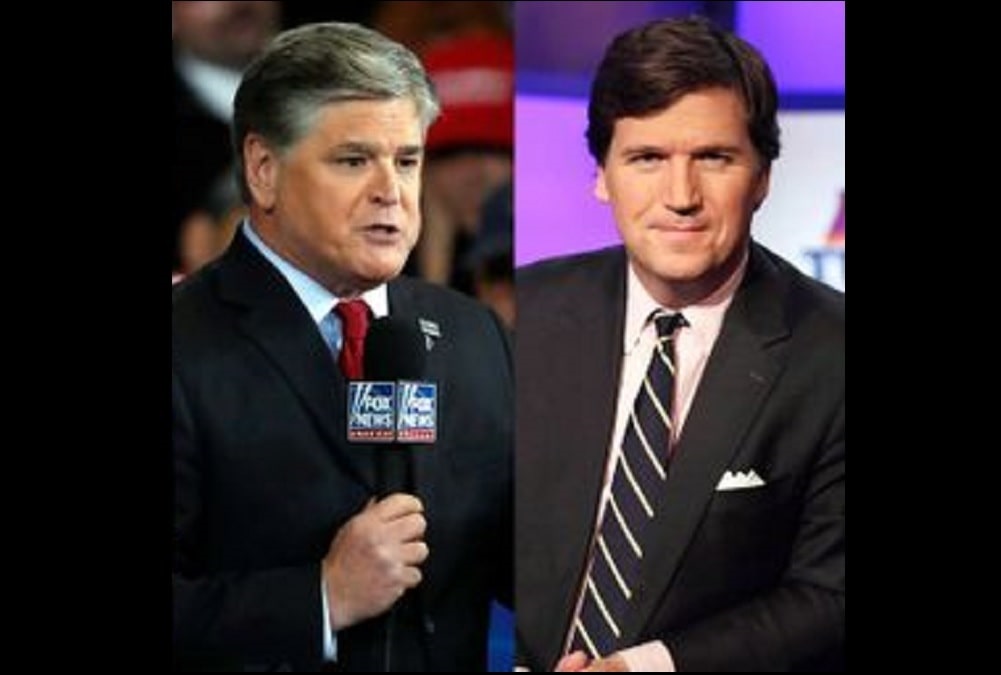 The cancel culture war is raging at full throttle as a new lawsuit against Fox News alleges sexual misconduct against two of the networks most successful hosts. Tucker Carlson and Sean Hannity are named in a lawsuit brought forth by Jennifer Eckhart and Cathy Areu, claiming a hostile workplace at the network.

The suit was filed on Monday in New York federal court by the Wigdor LLC law firm. The law firm has previously represented a number of Fox News staffers for alleged sexual misconduct or racial discrimination.

Eckhart has already filed a claim that she was raped by former morning anchor Ed Henry, who was forced out of his position in response to the charges. Eckhart claims she is a freelance administrative assistant to Fox Business anchor Liz Claman. Fox is now subject to sex trafficking allegations because of her claim.

Cathy Areu, the co-plaintiff in the suit against Fox alleges that women were subjected to a ‘hostile workplace.’ Areu also claims to have been victimized by Ed Henry, and names Hannity sexually harrassed her by throwing a $100 bill on the set desk and called several men to take her out for drinks. She also claims that Carlson once asked probing questions to discern whether she would be interested in a sexual relationship. She names Howard Kurtz, claiming he invited her to a hotel room. She also claims she was shunned from appearing on their respective programs after she rejected the alleged advances.

“Based on the findings of a comprehensive independent investigation conducted by an outside law firm, including interviews with numerous eyewitnesses, we have determined that all of Cathy Areu’s claims against Fox News, including its management as well as its hosts Tucker Carlson, Sean Hannity & Howard Kurtz and its contributor Gianno Caldwell, are false, patently frivolous and utterly devoid of any merit,”

“We take all claims of harassment, misconduct and retaliation seriously, promptly investigating them and taking immediate action as needed — in this case, the appropriate action based on our investigation is to defend vigorously against these baseless allegations. Ms. Areu and Jennifer Eckhart can pursue their claims against Ed Henry directly with him, as Fox News already took swift action as soon as it learned of Ms. Eckhart’s claims on June 25 and Mr. Henry is no longer employed by the network.”