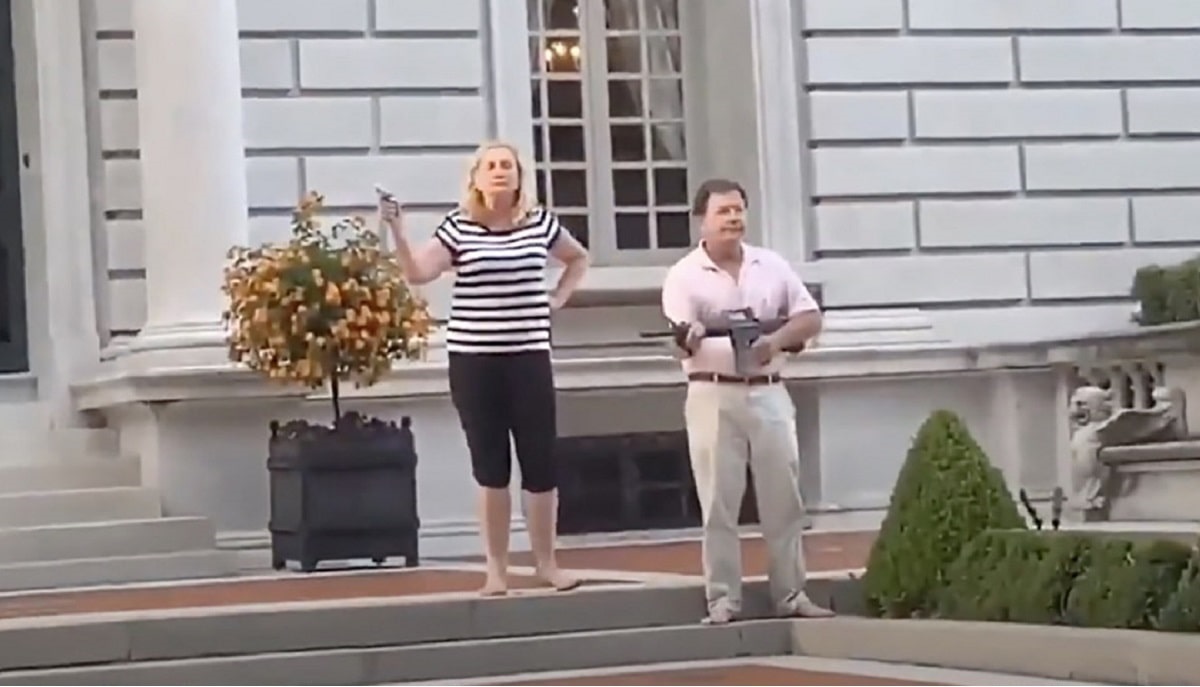 Mark and Patricia McCloskey are facing felony charges for brandishing their weapons when a mob of protesters broke into the grounds of their private estate on June 28th.

St. Louis Circuit Attorney Kim Gardner has now filed charges of charged with unlawful use of a weapon/flourishing against a St. Louis couple. The charge is a class D felony and could result in 1 to 4 years in prison as well as fines up to $5,000. Gardner’s office is expected to issue a summons for the couple to appear in court.

In a statement from Gardners office, she claims the protesters were peaceful and unarmed. Video of the incident at the McCloskey residences clearly shows their gate was broken down. Protesters can also be heard taunting the couple and making violent verbal threats.

This situation is breaking and will be updated as new information is obtained.