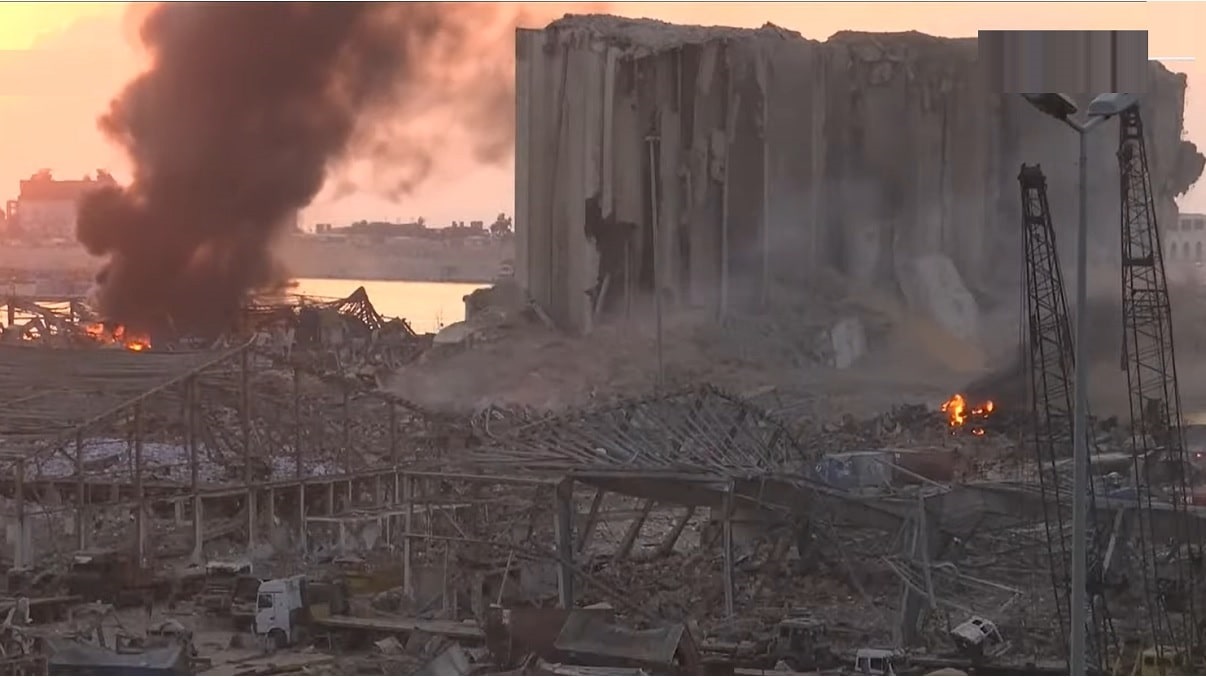 Two major explosions blasted through the Lebanese capital of Beirut, with several bystanders capturing the blasts on video. The videos show the blasts rocking the city, causing massive devastation. Numerous injuries were reported as the explosions caused balconies to collapse, shattered windows and flying debris. At least 100 people have died as a result of the explosions. Several thousand are injured and dozens are missing. The Beirut hospital system is overwhelmed.

It is unclear what caused the blast, though initial reports blame them on a fireworks explosion. Israel and Hezbollah both denounce claims that they may have sent rockets into the capital city.

Night has now fallen over the city and crews continue to work to clean up the devastation. Watch live below.

This is a breaking situation and will be updated as information becomes available.