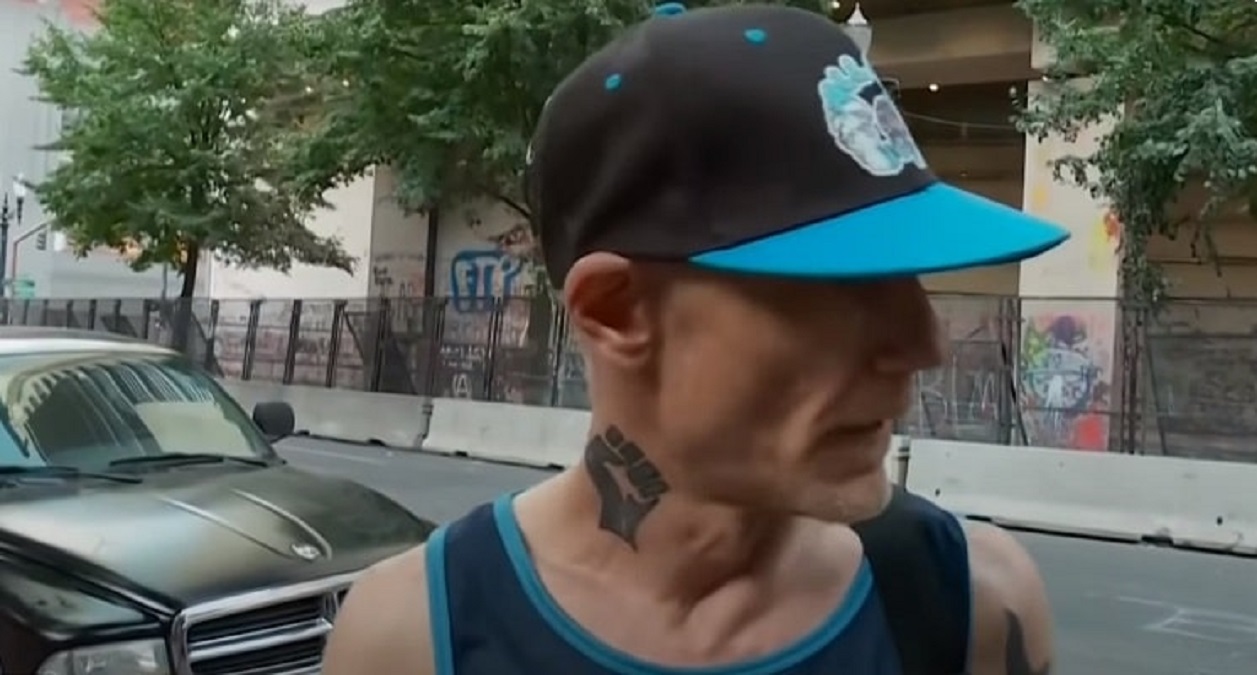 Michael Forest Reinhoehl, the suspected gunman in the targeted murder of Jay Danielson in Portland on Saturday has reportedly been shot and killed by police. According to law enforcement officers involved in the matter, Reinhoehl was shot as authorities attempted to arrest him in Lacey, Washington on the southside of Seattle. A Federal fugitive task force was attempting to arrest him at the time.

AP News reports that Reinhoehl was shot when he opened a car door with a firearm in hand.

A warrant was issued for his arrest shortly after a Vice News interview aired in which Reinhoehl admitted to the murder, claiming it was self-defense.

Portland Police had been investigating the murder since Saturday, when social media investigators identified Reinhoehl as the probable shooter.

Video has surfaced of officers performing CPR on Reinhoehl.

Reinhoehl, who had been known to bring his children to protests, was alone at the time of the attempted arrest. He was also known to carry illegal firearms to protests. On July 5 he had been charged with possession of a loaded firearm in a public place. He also resisted arrest and obstructed police.

On July 26, he was involved shooting incident where he was shot in the elbow. The alteration occurred when the shooter, Aaron Scott Collins, and a friend were trying to defend a black man who was being harassed by a group of Antifa members.

He also has a history of reckless driving and skipped a court hearing in a June case where he was charged with driving under the influence of controlled substances, reckless driving, reckless endangerment and illegal possession of a firearm. He was racing his 17 year old son, who was in another vehicle, while his daughter was with him, and was clocked at 111 on the interstate.

This is a breaking story and will continue to update information as it arrives.