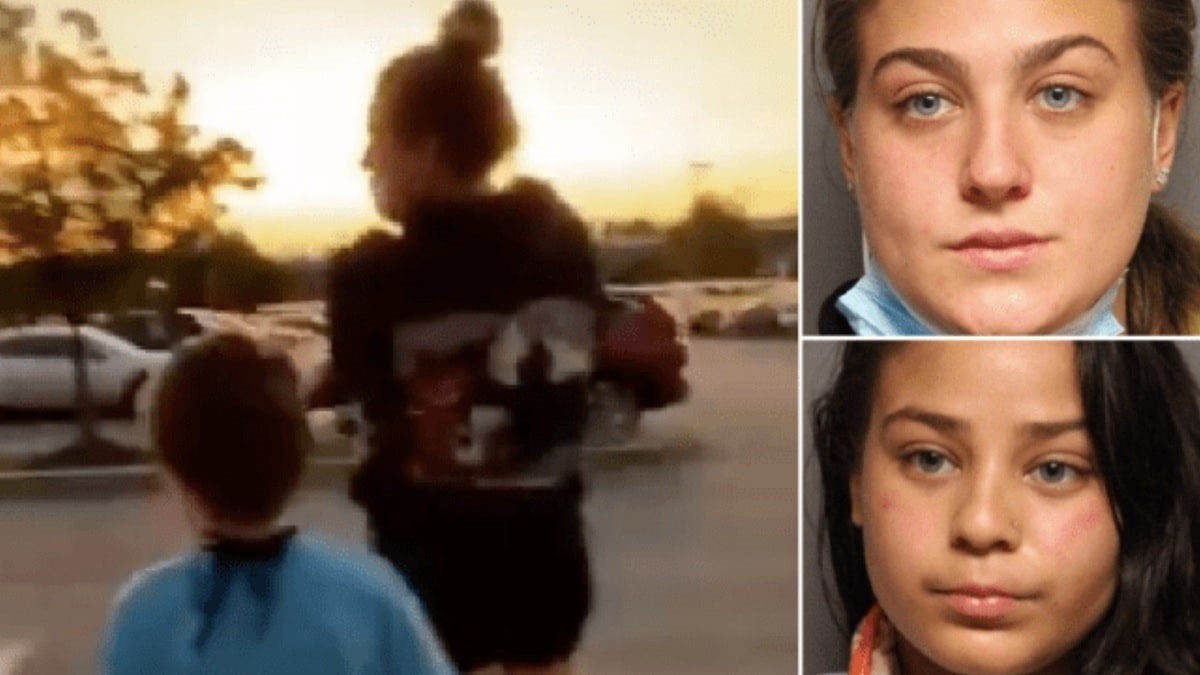 Two women who stole a MAGA hat from a 7-year old boy outside the DNC Convention in Wilmington, Delaware, were charged with a hate crime, robbery and conspiracy, among other charges. The pair of friends, Olivia Winslow and Camryn Amy, were indicted by a New Castle County grand jury which charged them with second degree robbery, second degree conspiracy, endangering the welfare of a child, third-degree assault, attempted third-degree assault, offensive touching and felony hate crimes.

The attack was caught on camera as the young boy and his parents waited for dinner outside arena where the DNC Convention was held in Wilmington on August 20th.

The women became incensed at the sight of the boy’s Trump hat. They began yelling at the little boy and Winslow stole his hat when it fell on the ground and refused to give it back. The boy’s mother repeatedly asked Winslow to return the hat, but she refused, claiming it was someone else’s hat. Instead, the women took the hat and threw it over a tall chain link fence. The mother also reported being punched in the face several times during the altercation. Amy also threw a punch at a man who approached and requested that she return the hat to the boy.

The charges levied against the women include 3 felonies and could result in 15 years in prison if they are found guilty. Both women are currently out on bail.