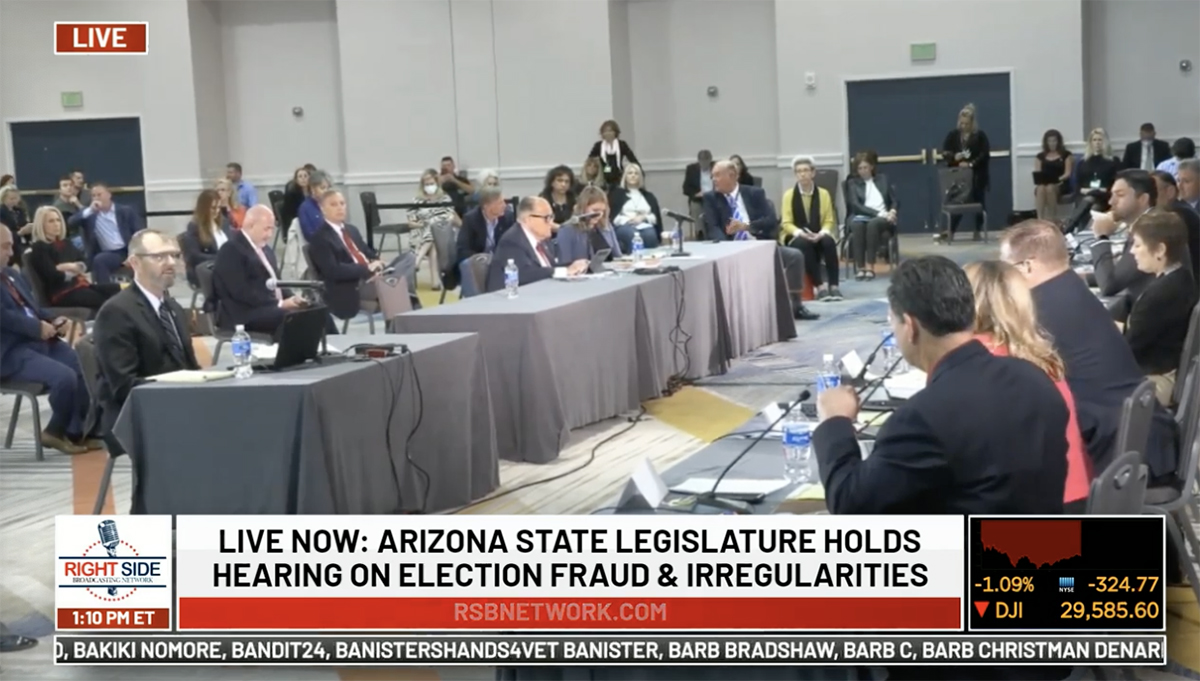 At the same time the decision to certify was being made, the Trump legal team and numerous verified witnesses were appearing at a hearing to inform AZ legislators of voter fraud in the state. One example which was discussed was that 1.9 Million mail-in ballots were not signature verified, according to an AZ election official. For some reason, it was determined by State election officials that it just would not be necessary. This is an obvious violation of federal law, a the US Constitution states that only the State Legislature can change election law.

Another example of fraud that was discussed was the issue of the Dominion voter system which was pre-set to give each down ballot democrat a head start of 35,000 votes.

Matt Braynard, of the Voter Integrity Project, also gave data specifically for Maricopa county, showing that a significant number of absentee and early ballots were cast fraudulently. The hearing continues and will be sure to give much more insight into the election integrity.

Arizona legislators will have decisions to make regarding their role in maintaining the integrity of the November 3rd election results.