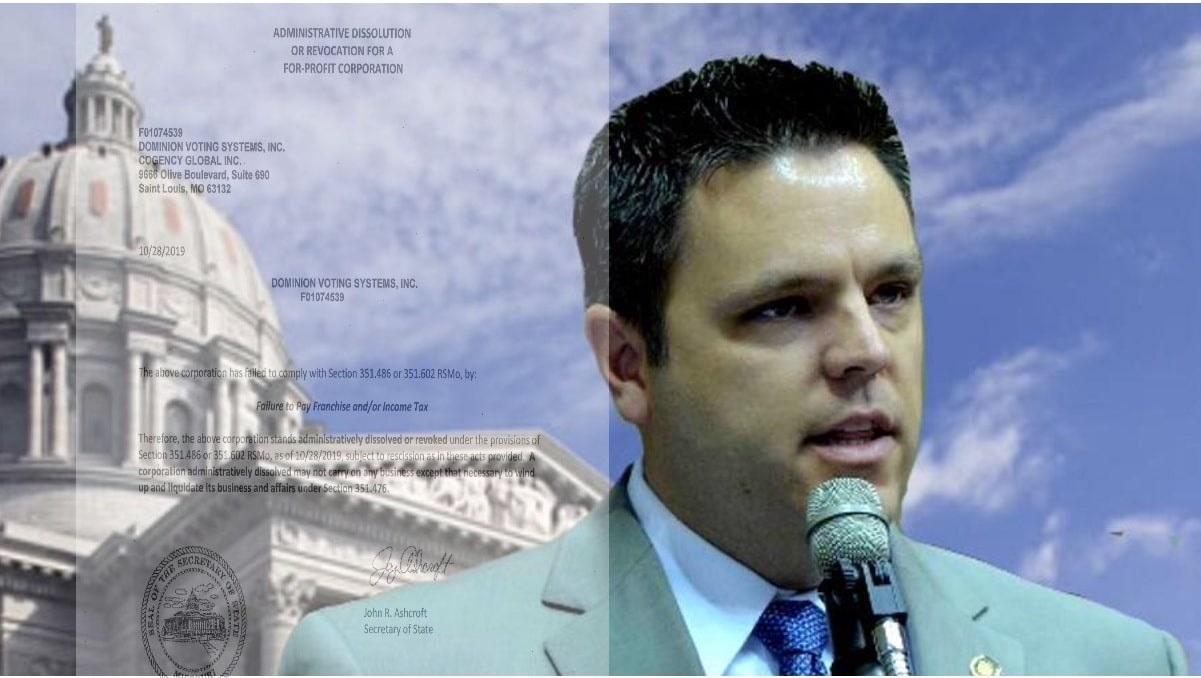 State Rep. Justin Hill (R) of Missouri made an incredible claim on his Twitter feed, that Dominion Voting Systems, the company that is part of the rampant voter fraud currently being investigated in the United States 2020 general election, illegally ran elections in Missouri.

Hill discovered that the company had been dissolved in the state because it had to pay taxes owed the state in 2019. According to Missouri state law, companies are prohibited from doing business within the state other than dissolution activities, under those circumstances. But, Dominion currently covers 20% of the electorate in the State of Missouri.

Rep. Hill told Gateway Pundit his research found that the source code from Dominion should have been turned over to the state after the company was dissolved. Hill vowed to keep up with the outcomes of his discoveries.

This is a developing story and will be updated as information become available.