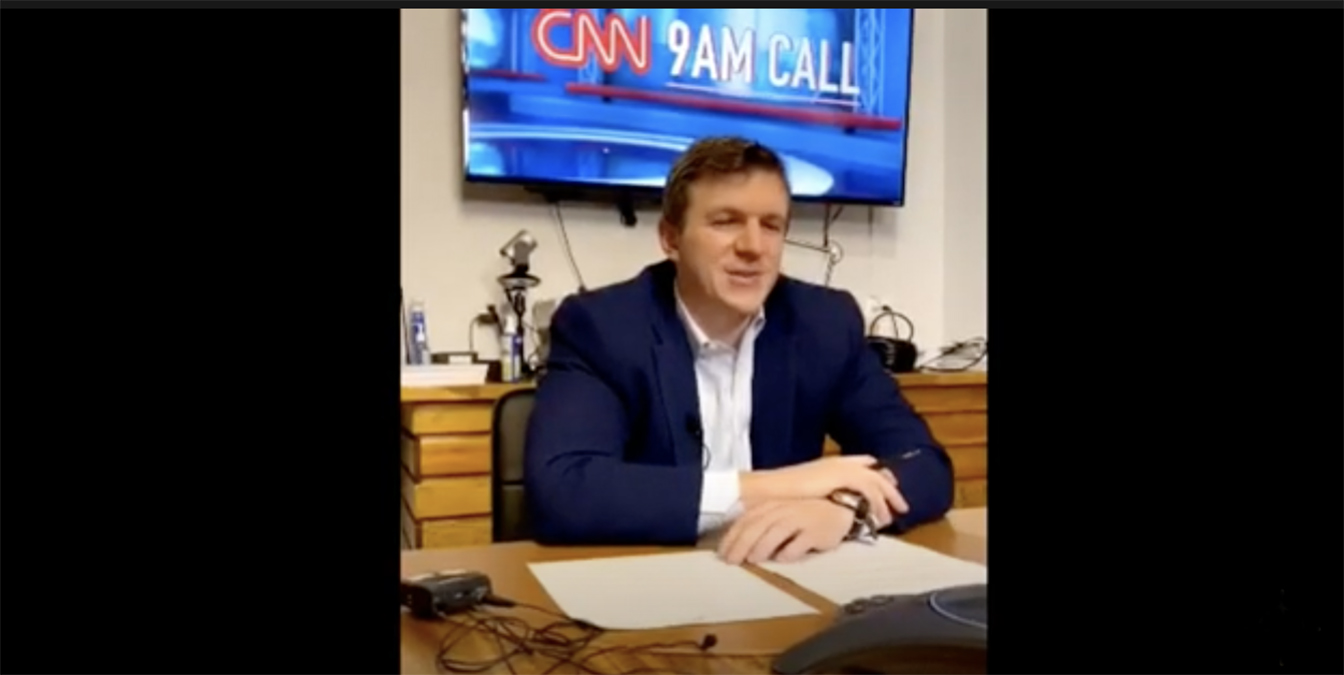 James O’Keefe of Project Veritas will be releasing audio clips from months worth of CNN’s Periscope phone conferences. This morning O’Keefe live streamed himself while listening in on their call. Mr. O’Keefe spoke up and said hello to CNN President Jeff Zucker. He told Mr. Zucker that he had been monitoring their briefings for months and that he would be releasing clips every night this week at 7:00 PM EST.

Hey Jeff Zucker, are you there?” O’Keefe said in the video. “Hey, this is James O’Keefe. We’ve been listening to your CNN calls for basically two months, recording everything. Just wanted to ask you some questions if you have a minute. Do you still feel you’re the most trusted name in news, because I have to say from what I’ve been hearing on these phone calls, I don’t know about that and we got a lot of recordings that indicate that you’re not really that independent of a journalist.

After the call ended, O’Keefe said to the camera:

It’s important that we hold accountable the mainstream media,” O’Keefe said. “The media has to be held to account. They are hurting the American people with their lies, their innuendo, their slander, the defamation, the hyperbole and I think Mr. Zucker is shaking in his boots right now. I think he’s very afraid of what might be coming.

In an email sent out this afternoon, James O’Keefe said he will be on Hannity tonight, Fox News, 9:00 PM EST.

James O’Keefe was just invited by Sean Hannity to appear on Fox News. Hannity goes on the air at 9 p.m. Eastern Time tonight.

Hannity will be discussing the bombshell #CNNTapes which implicate Jeff Zucker and other senior CNN executives: