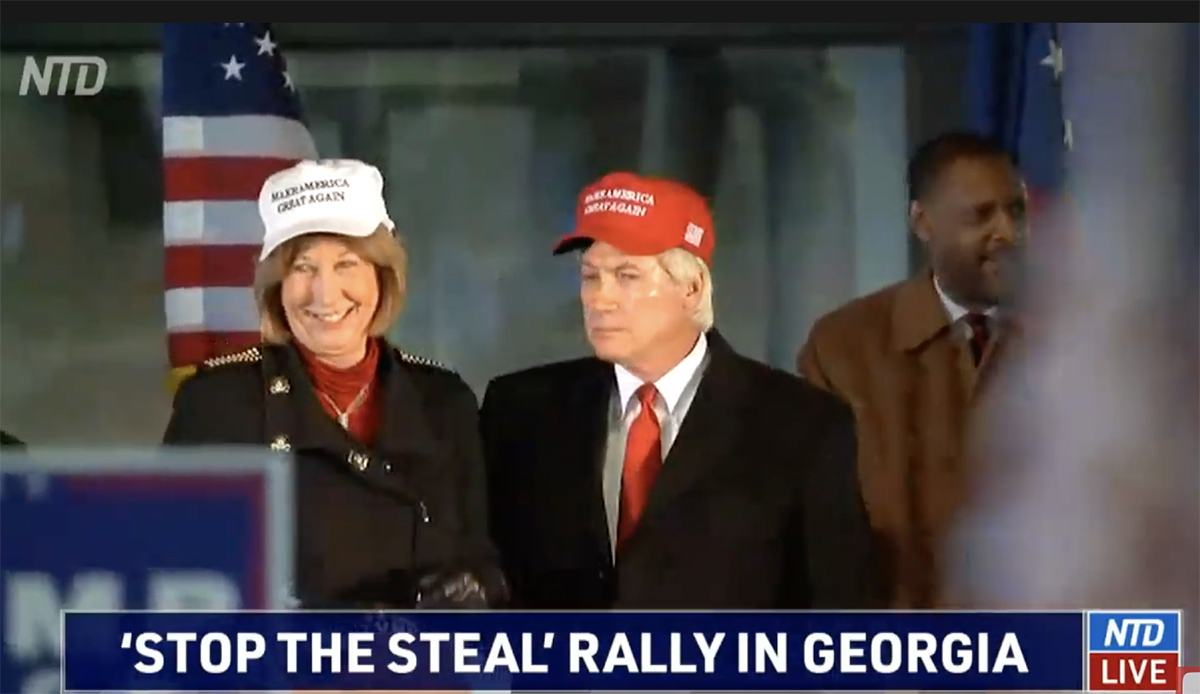 The ‘there is no proof of fraud’ narrative being pushed on the democrats by the mainstream media just had a MOAB (Mother Of All Bombs) dropped on it by the Trump Campaign. According to John Fredricks, who appeared on Steve Bannon’s War Room Pandemic podcast on December 4th, the Trump team has sequestered a Dominion voting machine from Ware County, GA.

Garland Favorito was a guest of Frederick’s show and explained that he was planning to testify to the vote switch that was discovered in Ware County during the hand recount, in which 37 votes were found to have been flipped from Trump to Biden.

The news that the team was able to do a forensic analysis of the machine came from was announced by Georgia Congressman Jody Hice on his Twitter page.

Reportedly, the forensics team did an experiment in which they fed an equal number of votes for both President Trump and Joe Biden into the tabulator. The result was not the 50/50 result one would expect. Instead, Joe Biden was given a 26% advantage! The investigators, surprised by the unexpected results, ran the same test batch through the tabulator again to make sure there were no one-time glitches. The results were identical. Biden led President Trump by 26% of the votes cast.

This is just one machine in one small county in Georgia. The actual number of votes flipped from Trump to Biden by Dominion Voting Systems machines could be staggering if a full forensic examination is done across the country.

This is but one of many voter fraud issues that have plagued Georgia and many other states. The ‘Nothing to see here folks… move on, move on’ are steadily becoming more difficult for the Media, Big Tech and all the complicit politicians to continue to push. There’s simply too much direct evidence coming to light. The American people have no choice but to wake up and wonder what the hell is going on in our country.

After all… THIS IS AMERICA!!