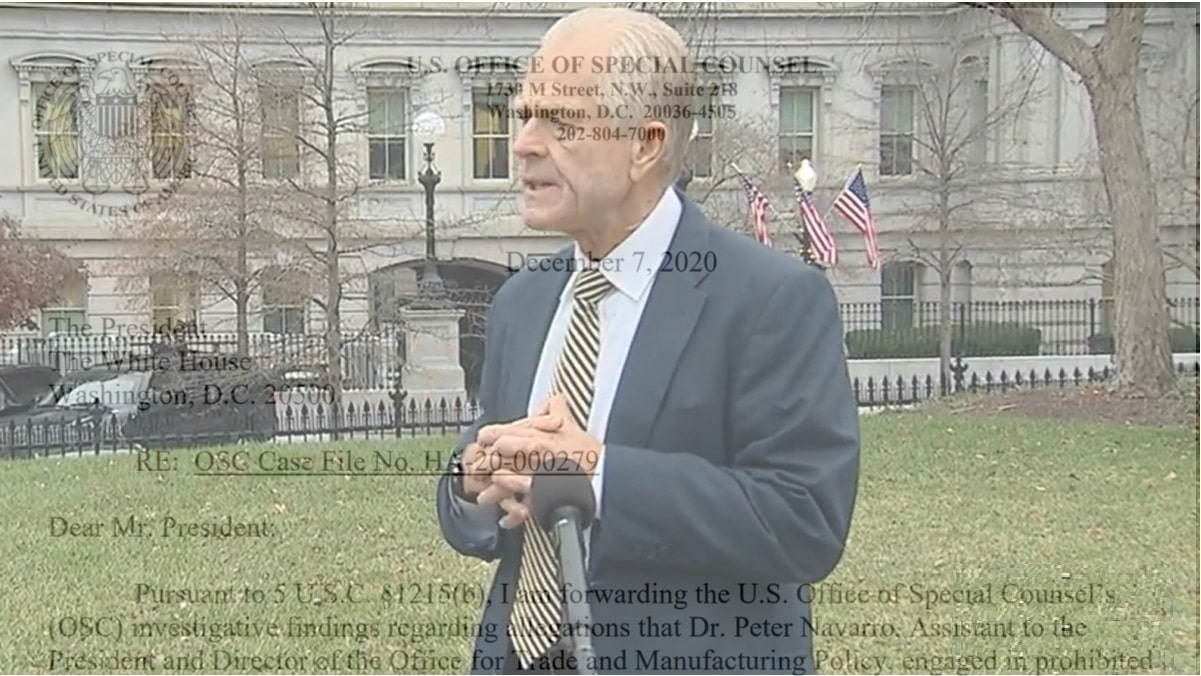 The Office of the Special Counsel (OSC) sent a scathing report to President Donald Trump today, outlining their conclusion that Dr. Peter Navarro is in violation of the Hatch Act. The Hatch Act prohibits executive branch employees from using their official position, authority, or influence to interfere with or influence the result of an election.

The OSC’s Special Counsel Henry Kerner issued the report that accuses Navarro of repeatedly violating the Hatch Act by consistently making divisive comments about Vice President Joe Biden while in an official capacity. Dr. Navarro is Director of the Office of Trade and Manufacturing Policy and was at odds with Biden over his alleged illegal dealings in Ukraine, China, and other countries through business deals made by his son Hunter Biden.

It is of note that Kerner is the former staff director for the late Sen. John McCain, a noted NeverTrumper. According to the findings,

[Navarro] committed these violations after having received training on the Hatch Act and, for most of the violations, while knowing that OSC was investigating him for engaging in the same prohibited political activity.

The OSC has recommended disciplinary action be taken against Navarro for his actions following repeated complaints from Citizens For Responsibility and Ethics (CREW).

CREW is a leftist ethics watchdog organization that attempts to keep rogue Republicans in check. A cursory check of their website shows numerous lawsuits filed against the Trump administration.

In November, TWP noted that the next big coup attempt against President Trump was already being birthed and that we would likely see the first signs of the plot soon after the election.

Reuters reported last night [November 5th], the US Office of the Special Counsel (OSC) has opened an investigation into the Trump campaign’s use of the White House for campaign-related activities. Oddly, they did so with very little fanfare; burying the report as a reply to a seemingly unrelated tweet.

Excerpt from our Nov 6 Story

Our original piece also outlines the deep swamp creatures that inhabit the OSC and their ties to the Trump-Turkey Collusion set up also currently in the works.

They All Know Each Other, But What Are They Hiding?