When considering the quick overthrow of Afghanistan to the Taliban, there are more questions than answers. In the United States, the Biden administration responded to criticisms by providing a long list of individuals and groups to blame other than their own perceived incompetence. The United States was considered the primary ally of Afghanistan, and was involved in a two decade war supporting the Afghan people in their fight against the Taliban.  Regardless of the circumstances leading to the lightning fast overthrow of the Afghan government in less than seventy-two hours, there are certain potential causes that are not being examined. This article will examine some of those factors.

In order to understand the reasons behind the fury of activities taking place and the unfettered overthrow of the nation of Afghanistan, it is important to examine the underlying regional and cultural factors that were probably more influential than any other consideration. In examining the entire time frame/timeline, considerations cannot be limited to economic, social narratives, or even governmental influences.

Looking at the region, it is easy to understand the extensive history of the region, encompassing modern day Afghanistan. From historical records, modern Afghanistan dates back to c. 2000-3000B. The nation is comprised of a number of tribal communities that have risen and fallen from grace during the extensive history of the nation. The country has existed primarily in modern times as a caste society, with dominance between three primary tribal/ethnic entities, Pashtuns – the most politically dominant group, Tajiks – the group that is less tribal and tends to focus on community, and Hazaras – considered the lower class of ethnic members.

From a geographic standpoint, Afghanistan is a landlocked region in south-central  Asia, surrounded by the nations of Iran, Pakistan, Turkmenistan, Uzbekistan and Tajikistan. The predominant feature of the landscape is the mountainous territories which comprise approximately seventy-five percent of the nation’s total land mass. Why is this of importance? Afghanistan has come to be known as the Graveyard of Empires, primarily because of the fact that the territory makes it extremely difficult to conquer. The United States in fact, has spent the better part of twenty years attempting to overthrow the Taliban in Afghanistan, which culminated in a weekend coup of sorts leading to the horrific results of the President of Afghanistan fleeing for his life, and placing the lives of countless thousands in danger of capture, punishment and even death at the hands of the conquering troops whose purpose is to provide exacting judgment on those who oppose them.

So, why did the overthrow require such a short period of time and with little if any resistance from the forces in Afghanistan, which according to U.S. estimates ranged in number to be about three hundred thousand? To understand this event and the activities which took place in such a short period of hours, it is important to look at the social and cultural aspects of the nation and people. Afghanistan is not new to the arena of war. In fact, throughout its history the nation has been involved in external and internal wars. The nation is a multi-ethnically diverse and proud population that practices many societal and community activities that help to create its overall sense of nationality. In short, the people of the nation are not only proud of who they are, they defend who they are without hesitancy or apology.

During the 20th and 21st centuries Afghanistan has known much more conflict and war than many other nations its size or prominence. Their primary foes during this period of time has come from the likes of Great Britain, Russia, and most recently the Taliban. The latter conflict with the Taliban has centered around the perception and practices of religion in the nation, and what influence religion plays on government. The Taliban itself has its roots in the dominant Pashtuns, and function as the Islamic fundamentalist group that adheres to strict rules and guidelines regarding daily life among the people in the nation.

Of course this concept of strict adherence to religious doctrine and lifestyle has met with opposition among the general population creating a perfect storm of conflict leading to civil war for the better part of a decade, beginning in 1990 shortly after Russia was expelled from the country, and continuing until 1998 when the people began to revolt against the ruling government,[vii] which ultimately led to the United States entering the territory in 2001.

The war involvement by the United States military has never been highly appreciated or understood by the masses in the homeland. It has been seen as nothing more than a waste of time and enormous amounts of money to fund the military machine that depends of involvement in needless conflicts and wars It’s hard to argue the fact when the United states spent twenty years, more than two billion dollars, and lost upwards of six thousand soldiers and military personnel over the period.

In the end, we are left to answer the question of why the United States failed, and apparently with virtually no shots being fired by the Taliban when they stormed the capital city of Kabul during the last weekend? Listening to political pundits and analysts, there appears to be more confusion and uncertainty regarding how such an action could take place when the U.S. was the superior force in the eyes of the world. What remains for the United States has been compared to perhaps the worst defeat the nation has faced since the time of the Vietnam war when the military had to rescue its personnel from Saigon.

While it is popular to make comparisons and draw conclusions concerning why the end of the U.S. occupation of Afghanistan ended so poorly, it is likely that something much less sinister is actually responsible for the demise of Afghanistan. There is no question that the lives and careers of some will be ended due to the way the U.S. exited the country of Afghanistan, but it is likely that if the powers that be would have thought through the process and considered one possibility as the reason why a country this will never be defeated, culture.

What makes a people a nation has much more to do with culture than it does might, and the Afghan people are no different than any other nation with a strong cultural identity. By referring to culture, it should not be inferred that the wild side of culture like the U.S.A. is currently involved in, e.g. the politically correct/cancel culture of the past few years. The type of culture that should be recognized as the most likely potential has to do with what makes a people a nation.

The list of battles, conflicts and wars Afghanistan has been involved in, in the modern age dates back to c. 1191. From this time to present there were thirty-six wars that were both attacks from outside the nation as well as internal civil wars. This is only the modern age, and as was mentioned before the existence of the nation dates back to c. 3000. There is something to be said about conflict and the resolutions of conflict that build a sense of survivability. In short, Afghanistan is no stranger to battle. The nation has become well aware of the sufferings it has faced, and continues to see itself as a survivor, even when the results were not in its favor.

Fast forward to the period when the Taliban was exerting its political rule over the people of Afghanistan. The conflict between the ruling party and the people was more or less a tribal conflict focusing on religious practices and how they were used to rule or guide the nation. The Taliban has been categorized as a terrorist organization globally, and their practices are well-known for destruction and great lose of innocent life. The fact is that the people of Afghanistan sought to live free of oppression and religious dogma, and the military actions of the United States were thought to be the answer.

However, perhaps there were more important factors involved than meets the eye. There is an expression dating back to a Scottish proverb in the sixteen hundreds that says,

“So you see there is little danger of my forgetting them, and far less blood relations; for surely blood is thicker than water.”

Perhaps there was something within the fiber of Afghans that caused them to recognize something that defies logic or conventional thought. Is it possible that the thought of giving up without a fight was a way of Afghans to maintain their sense of nationality and cultural identity.

Is it possible that for a nation that has endured conflict and war for as long as the people of Afghanistan have endure, being a survivor means more than just winning? Of course there is no looking beyond the past or present atrocities being inflicted by the radical Taliban armies on innocent men, women and children, but this is something the nation of Afghanistan has endured for centuries of time. There are strategists around the world today that are sitting in puzzlement as to how and why the Taliban troops were able to conquer the nation in less than seventy-two hours, and without facing any opposition forces.

The fact that the overthrow was done with such precision, that even the head of the Taliban military was shocked at the outcome. The United States is in a state of denial and having to face the fact that they are nothing more than another of the “empires” relegated to the graveyard along with others who had aspirations of conquest, only to find themselves having to make excuses for their defeat. Never underestimate the power of culture and what it means to a people when that people survives regardless of its faults and misgivings. It’s sad that so much time, money and loss of life has been given to defeat in the nation of Afghanistan, and for the world, the “good guys” were not the winners. However, the fact that it was done so swiftly and with minimal resistance is living testament to the fact that blood, is in fact, thicker than water when it comes to the history and survival of a nation like Afghanistan. Politicians and military strategists will study this defeat for years trying to figure out how they got it wrong. Ultimately, there will be books written about how the war was lost by the United States, but it all boiled down to not understanding who the enemy was or how they think. Afghanistan will continue to suffer, and the next empire to invade must have a clear understanding of their opponents. Or else the same results will take place. 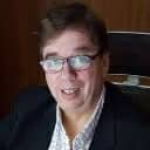 Why Did Biden’s Brother Visit Ekim Alptekin, Central Figure In The Flynn Investigation?

BigPharma, Big Brother, and Biden: Is it still OK to ‘Question...