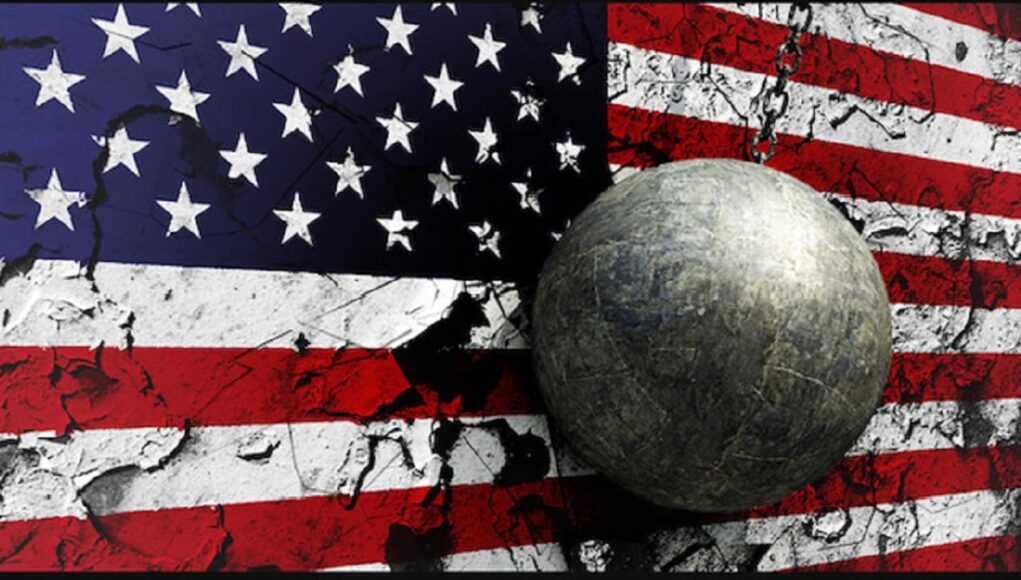 Americans look on in dismay at how our rights are being trashed and our institutions forcibly conformed to leftist ideology. Even the once “Free Market” that not long ago made us the land of opportunity and the greatest economic power in history, is now a cauldron of morally debased corporatism, claiming to be “capitalism.” All too often it is dominated by the very leftist counterculture that will destroy it, along with all the rest of us, if it ever gains total dominance.

The good people of this nation wonder how things could have gone so horribly wrong. Certainly, we did not want this to happen. But we are not innocent. We have been negligent in our awareness and dealings with the leftist onslaught, which ultimately makes us complicit. Our biggest crime is to ever naively expect leftists to live by the rules they dictated to us. Yet that misbegotten hope is the core of our flailing current efforts against them.

Real America keeps demanding “justice” from a thoroughly polluted governing system that in many states, and unquestionably at the federal level, no longer has any interest in upholding the law for the good of the common citizen. In one jurisdiction after another, that system is being turned against us, with such abuses increasingly occurring in broad daylight. And yet we wait. For what? For the system which, by its very nature is an enemy of decency and integrity, to suddenly decide to fix itself? The sooner we recognize the forces that are actually at play, and that an introspective effort at house cleaning by them is an absolute impossibility, the sooner we will understand how we need to address this malignancy on our Nation, our communities, our families, and our future.

What must first be fully understood is the degree to which “justice” no longer exists in America. Instead, in a manner reminiscent of the worst of third world tinhorn dictatorships, the notion of justice as blind and even-handed has been supplanted by state and federal thugs, who are empowered by their official positions to selectively attack and intimidate “We the People” until we relinquish our rights to oppose, or even to disagree with them. And this dangerous situation is daily becoming more dire.

America is now under the fist of a weaponized DOJ and FBI. Even a cursory look at the abominable abuses of power by these organizations against Conservatives and Patriots, in contrast to their equally abominable refusal to hold truly guilty parties to account, proves that they are no longer in the business of upholding the law. Rather, they have become the enforcement arm of the leftist political cabal that illegally wormed its way into power, and now has an ever-tightening stranglehold on America.

After an inexcusably long wait, Special Counsel John Durham finally brought attorney Michael Sussmann into an actual courtroom, on account of Sussmann’s denial, under oath, of his obvious collaboration with the Hillary Clinton campaign. Yet the jury “deliberated” for only six hours before acquitting Sussmann. Contrast that with the January 6 protestors who were selectively taken into custody, based not on their actions but on their party affiliation, and have been treated as badly as third world political prisoners. In their midst were many FBI instigators and leftist plants, such as JaydenX and Ray Epps, who have lied about their actions, and yet walk free.

Outside of the D.C. Swamp/Sewer, things are often no better. A movement eventually came to light, by which anti-American leftists such as George Soros have been financing the campaigns of hard left county and state prosecutors. Once in office, these insurgents pick and choose who to “charge” (persecute), and who to ignore on account of being leftist activists. In essence they completely bypass the courts and become “judge, jury, and executioner.” By that thoroughly corrupt and agenda-driven process, the concept of the law as a guardian of freedom and equity in our Nation is totally shattered.

This past June 11, police in northern Idaho arrested thirty-one members of the group “Patriot Front,” because they were “planning” to interfere with a “gay pride” parade in the area. No assaults had occurred, no arson committed, no looting or murder. Yet their mere “intent” to interfere with the parade was sufficient for the FBI, in conjunction with local authorities, to step in, shut down their gathering, and arrest them. Leftist media had a field day grandstanding over the “hate and bigotry” of this group.

Some disturbing things become grimly apparent from this episode. The FBI has plenty of forewarning when groups of which it disapproves make plans to gather with non-peaceful intentions. So, all those Antifa and BLM rampages throughout the Nation are likewise no surprise to officials charged with upholding the “law.” Their unwillingness to actually disperse such violent onslaughts prove that the government is officially involved in attacking innocent citizens through their Antifa/BLM proxies. That makes those officials fully complicit, giving the “green light” for radical leftists to wage open war on America!

On the rare occasion that some members of those malicious leftist organizations are brought up on charges, support groups with massive financial backing bail them out and stand ready to “represent” them. And in far too many jurisdictions, even that is a mere formality, since the local prosecutor has absolutely no intention of seeing the criminals held accountable.

Prosecutors of Kyle Rittenhouse and the McCloskeys were clearly not about “justice,” but aiding and abetting the leftist agenda. Likewise, if conservative activists James O’Keefe and David Daleidin, who exposed Planned Parenthood dissections of live unborn babies to sell their body parts, Roger Stone, and others like them, can have their persons and property violated by flagrant, unnecessary attacks from state “law” enforcement and the FBI, facing physical abuse, and horrendous legal fees, they can thus be severely penalized by the “system” with no judge or jury ever involved.

As long as our side persists in responding to all of this with cowardice and timidity, we will continue to retreat and second guess ourselves over every little detail of which the corrupt leftist owned “system” accuses us. On that basis we will further lose our moral certitude over what is really the right response to them, and we will strive ever harder to “color inside the lines” which they dictate, while they violently rampage.

If we fail to wake up to this real danger facing us, they’ll merely move those boundaries ever tighter, until we have no place to go, and no ability left by which to defend ourselves and restore justice. Expecting any form of honor or equitable treatment from the “system” at this point is its own form of surrender.