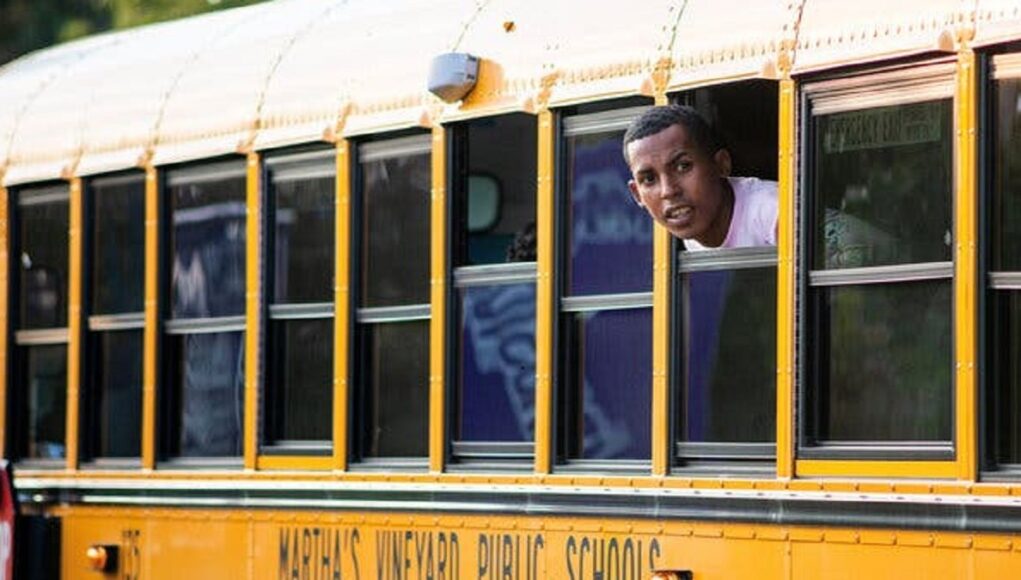 Meme warriors throughout social media are having an absolute heyday in the wake of the Martha’s Vineyard episode, in which a couple of planeloads of illegal aliens where dropped into the middle of their leftist elitist haven. One post shows contrasting yard signs, before and after the illegals arrived. The first sign is all about “diversity/inclusion” and other self-aggrandizing leftist platitudes. The second sign sternly admonishes illegals “No Trespassing!”

Another graphic shows construction workers, ostensibly at the Vineyard, furiously erecting a border wall. A more chilling post reminds us that Martha’s Vineyard received a far more immediate and effective response than did the besieged staff at the Benghazi Consulate. And the list goes on.

Leftist political and media demagogues everywhere are absolutely melting down over the situation. In every case, the real message to be gleaned from their rage is just how hypocritical and shameless they are, as they attempt to protect what they have against any intrusion, while demanding everyone else make sacrifices and live in ever increasing squalor “for the greater good.”

Welcome to the ugly reality of leftist ideology in its entirety. Irrespective of the particular subject, leftists are quick to claw their way onto that phony “moral high ground” as they preach the unassailable “virtue” of their cause, though they always somehow find a way to exempt themselves from its horrendous consequences. On the rare occasion that they are forced to live, even briefly, with the realities of their lunacy, they squeal like stuck pigs.

Whether it is the madness of “green energy” being pounded onto the masses by leftist elites as they fly around in their private jets, or more recently the massive and brutal lockdown agenda, to keep us “safe” from the Wu-flu (so we were told) imposed by despot wannabe blue state governors, the pattern is always the same. They enjoy a lavish lifestyle, and break every rule they impose on us the moment they think the cameras are off. Yet they condemn even the tiniest efforts by the peasantry (that’s you and me), to seek to better our own lives in any similar manner.

Though the leftist blue-bloods of the Vineyard are appalling and detestable in their duplicity, the behavior they exhibit is neither isolated nor new. It is merely a very vocal exhibition of the fraud and posturing that has always been the way of all leftists, whenever reality lands at their own doorstep. Going back to the earliest days of their socialist agenda (and you can be sure that the Martha’s Vineyard crowd are hardcore socialists, at least according to their musings and voting patterns), their goal has always been to drive the middle class into absolute depravation and helplessness, so that it poses no threat to their dominance. Meanwhile, they wallow in extravagance and comfort from within their gated communities.

Such craven hypocrisy is shocking and detestable. Yet even more disgraceful are the attempts in which their DNC lackeys now engage, hoping to “one up” the effort by decrying it as “human trafficking” and “exploitation.” With the Biden Cabal having bussed illegals all over the nation into unsuspecting jurisdictions where hard working Americans suddenly have to contend with the influx, the wailing and self-pity of the Vineyard elites and their defenders carries no weight. Neither does the pious condemnations of leftists loudmouths, such as AOC, Hillary Clinton, or Gavin Newsom, who were silent on the real abuses and brutality suffered by illegals, and affected communities, from mass influxes across the border. That’s a problem for Texas, Arizona, and the rest of the Nation to deal with.

At this point, one of the primary principles of my book “Rules for Defeating Radicals,” bears mentioning. Leftists never truly care about any “cause” they claim to champion. It is always a matter of exploiting the plight of others for the sole purpose of advancing the leftist agenda. And that has never been more obvious than it is now. Every Hollywood bubblehead, every Fake News parakeet, and every Democrat attention hog is getting out in front of the cameras to voice their “righteous” condemnation of the Martha’s Vineyard debacle. Yet real abuses among far more people have been going on for decades throughout the border states, with the only response from the left being pious platitudes and mockery of those who are truly suffering harm from all of it.

A glaring example of the left’s silence on true human suffering because of Biden’s open border policy, comes from Sarah Carter, who recently interviewed a self-proclaimed cartel member. The interviewee told Carter that children smuggled across the border are used for organ harvesting, making the U.S. no better than the Communist Chinese, who harvest the organs of prisoners and enslaved minority populations such as the Uighur Muslims.

In the midst of this latest ruckus, Congresswoman Lauren Boebert dared to remind everyone that the people in question, now so obviously reviled by the Martha’s Vineyard leftist aristocracy, are not “undocumented immigrants” or “refugees,” but illegal aliens. Of course the indignation and grandstanding among leftist players was immediate, condemning her as “hateful and bigoted.” So here’s a question for all you Martha’s Vineyard elitists and your leftist lackeys: Are these people, who you’ve since callously kicked out of your jet set communities, “Undocumented Americans” and “Dreamers,” or are they a trespassing and encroaching nuisance of which you quickly determined to rid yourselves?

Kudos to Florida Governor Ron DeSantis, who made the genius move to put the ball squarely in the leftist “court,” where it belongs. DeSantis’s rules of engagement are simple and effective. And they should be adopted by the rest of the GOP. Don’t play defense. Take the battle to the enemy’s front. Make the case with the American people. And above all, don’t allow the enemy to seize the narrative. In the process, the truly vile intentions of leftists, along with their indefensible double standards, emerge from behind their mask of pretended benevolence and virtue.

Leftist Democrat credibility is absolutely collapsing in the face of their hysterical and disingenuous response to the situation. Yet their tantrums have only begun. The word is out that Governor DeSantis is planning many more Martha’s Vineyard relocations of illegal aliens who have been callously dumped into his State and left to fend for themselves by the Biden Cabal.

You can be sure the Vineyard leftists are feverishly putting measures in place to prevent such a redo. So America should never forget that these are the same people who eviscerated their fellow citizens for attempting to take effective measures to secure the border, where the real invasion is occurring on a vastly larger, and truly dangerous scale.

This is definitely not the time to stop. We need more of such boldness, not only from Governor DeSantis, but from Texas Governor Greg Abbott, and every other genuine Conservative Governor. The prospects of expanding the effort are mind boggling. Just imagine how drastically voter ID laws and election integrity would instantly change if enough illegal aliens could be paid to vote Republican and help steal an election!