Home Corruption (Tracy Beanz Op-Ed) I’ve Been “Condemned” by the SCGOP. Why Does it... 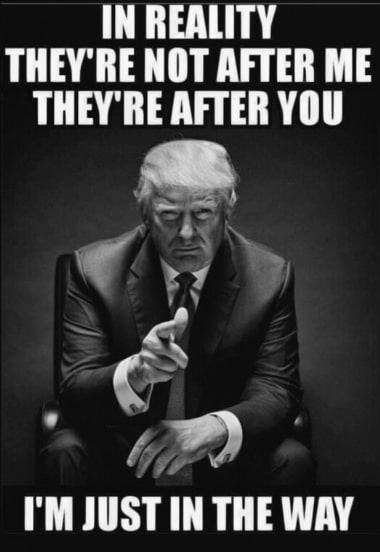 (Editor’s Note: This column was first published on UncoverDC.com. Republished with the permission of the author, Tracy Beanz.)

In 2021, at the urging of President Trump, I ran to become a precinct committeewoman in the local GOP. After I won that election, I decided to step up to make more of a difference at the state level. I ran for State Executive Committeewoman and was also blessed to win that election. After almost two years of witnessing some of the dirtiest, backhanded, disgusting political tactics you can imagine, on Monday, I resigned.

So did the rest of my county executive board. This is our story, and it’s a story all of you need to know and understand because the reality is that the GOP, even at the local level, is out to get you. Literally.

Every two years, the GOP “reorganizes.” The system is beautiful, and it is designed to place power at the bottom of the pyramid rather than the top. The precinct is the most powerful position, as they pitch it, and the people above you are only there to do the bidding of the Republican voter. The State Committeeperson represents the county they live in at the state level and attends meetings of the state committee to do the will of their “constituency” or the precinct leaders back at home in their county.

As with most of our institutions, in many states, this isn’t how it works. Power ultimately gets concentrated at the top of the pyramid, and the brave souls who dare step up to make things right are slandered, maligned, backstabbed, and attacked.

That is what happened to us. Here is a brief timeline of events culminating in a resolution at the state meeting held on Saturday. It was passed, and it targeted me by name. It “condemned” my county chairman and I, along with the Executive Committee of two other counties consisting of “normal” people who dared attempt to get involved in the party and save the country.

First, chairman Drew McKissick called the not-yet elected leadership in Greenville county lepers. The executive committee of the Greenville GOP had suspected fraud was involved in the election of their leadership at reorganization in 2021, prompting the newly elected chair to appoint an independent committee to investigate. When that committee came back with the results of their investigation (they found a number of questionable tactics performed outside of the rules), the current leadership, more favored by “establishment” types, resigned, creating a void in the party and causing a new election. The people that won the new election weren’t the leadership’s “brand” of folks, hence the comments below:

Then he pledged (as is noted in the article) to use private clubs to go around the DULY ELECTED county parties that he didn’t like and run official GOP business through those clubs. This is completely against the rules, but they did it anyway. They did it in Greenville county, and they did it in Horry County. In my opinion, they likely did it elsewhere any time they smelled something they thought resembled American patriotism.

They organized events in our county without involving us. Those events were poorly attended. They didn’t consult us during primaries, so we held our own candidate forums to educate voters on the candidates. Now, they are running their “Victory” office using a club that is representing themselves as the county party. The Horry County GOP, as duly elected, had NOTHING TO DO with this “Victory” office.

Then, the SCGOP called a convention at a very odd time and outside of norms. That convention called up all of the elected delegates from early in 2021 and had them head to our state’s capital to meet and vote on new “rules” before the midterms and the next reorganization. Here is an example of one of the proposed rule changes presented for vote at this convention.

This means that the State GOP can essentially “dissolve” any county party that THEY determine “breaks the rules” (all while breaking the rules themselves) as long as they can get 3/4 of their other minions in the establishment to vote along with them. This will ensure that no MAGA apparatus can ever successfully run a county party again in SC. It will ensure that everyday citizens cant be involved in the process. Unsurprisingly, it passed.

So, that brings us to Saturday’s State Executive Committee meeting, when the leadership of each of the counties meets to conduct important party business. Seeing as how we are less than two months away from mid-terms, Joe Biden just designated almost 3/4 of the country domestic terrorists, a rogue DOJ is raiding Donald Trump, and anyone associated with him is being arrested and subpoenaed for emulating a ham sandwich, (among countless other atrocities) you’d think they would be very focused on what the party is going to do to lend support to efforts to ensure that Republicans win ACROSS THE BOARD this November. If you thought that, you’d be wrong.

Instead, they used their time to attempt to publicly humiliate and shame anyone who they PERCEIVED may have had a problem with the convention or the machinations of how the convention was called. In my case, I had never uttered a word about any of this to anyone. I was on vacation, and in the short time beforehand, I wasn’t involved with anything having to do with the convention. But they “condemned” me nonetheless for wrong think, and they “condemned” my chair, as he tells me, for DARING to make a motion from the floor questioning the process that was used to solidify a rule that would focus all of the power at the top of the pyramid where it doesn’t belong.

They’ve weaponized the “rules” against their “enemies,” all while they don’t follow the rules themselves. The SCGOP doesn’t like the America First agenda.  They are happy to fundraise on that platform, and they are happy to use Donald Trump to get what they want, but fundamentally, the leadership and its minions are the left wearing elephant costumes over the donkey ones. Problem? Their asses are showing.

The establishment, the uniparty, the globalist machine (call it what you will) made sure that MAGA has no place in the Republican party in South Carolina.

They hate you, and they are coming for you next.

This may seem to you like a local issue, but it has much greater implications for the country than just Horry County, SC. The country is burning down around us, and the state GOP is more concerned with how many Facebook “likes” they have on their page than doing the work necessary to save it. They are clearly more concerned with officially “condemning” their most passionate activists than actually focusing on winning elections and fighting the left. But it isn’t only a misplaced sense of urgency, whether intentional or not; it’s the fact that they really despise everyday Americans. They don’t like you, and they are happy to allow the country to go to hell as long as they maintain their power.

They will try to pacify you with words. They will demand an “apology” after the “President,” flanked by the military, declares more than half the country domestic terrorists; they will smile at you, and then when you turn around, they will pull the trigger and skip away, happy that they’ve removed another pesky nuisance that has gotten in their way.

Understand the operation. They target the strongest among us with lawfare, humiliation, and lies. Then, they use people from within to go after the others who may support them. They use fear and intimidation tactics. They scare them and spread lies about their main target in an attempt to remove their influence. Most people cower because they are too afraid to upset the apple cart. Eventually, due to the psychological operation, the people who stood up to take the slings and arrows are left standing alone, with the weak having retreated back to their living rooms, now afraid to be involved. They do all of this to maintain their power over the system they fear is slipping away from them. If they can make an example out of us and get away with it, what is stopping them elsewhere?

We resigned. We didn’t do it because we lost. On the contrary, they may not realize it yet, but we’ve won. We came in to try to bring integrity back to the process and help our country elect bold representatives who will act on behalf of their constituencies, and we have now exposed what they were doing in the name of the “Republican” party. Boy, did we expose it. The emperor is standing naked in the town square, and he ain’t pretty to look at.

This was the first chapter, and if they think that passionate Americans are done stepping up to fix this mess for their families? They have another thing coming. That next “thing” will be announced shortly. But, all of you need to be aware of what is happening around you, and all of you need to be empowered to speak out if there is to be any prayer for accountability.

From where I stand, the Republican “party” is one and the same as the left. There is a uniparty. At this point, it’s globalism vs. America First, and there are Republicans and Democrats alike happily riding that globalist train.

That train is falling off the tracks. Stay tuned. 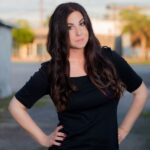 UncoverDC Editor-in-Chief, Tracy Beanz, is an investigative journalist. Focused on bringing integrity and ethics back to journalism, she is known for her factual research into the details few others pursue. Tracy hosts the popular podcast, Dark to Light. She is also a social media phenom who amassed nearly 600,000 Twitter followers with her video reports receiving millions of views before being banned by "Big Tech."