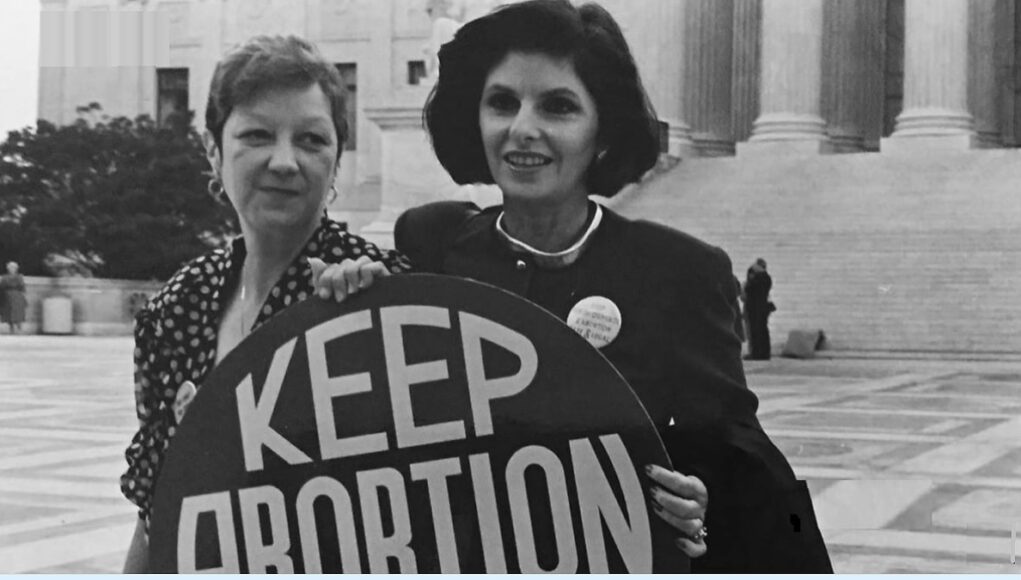 Occasionally, honest and decent Americans presume that the moral/spiritual rot of the leftist counterculture has hit rock bottom, and just can’t get any lower, more disingenuous, or more hypocritical. And on every occasion, the left proves that they most certainly can. The latest outrage comes, to the surprise of no-one, from leftist/Democrat dominated California where, for several years now, every shred of decorum has been methodically and thoroughly trashed by the political machine that dominates the once “Golden State.”

The latest abomination deals with the issue of abortion, and leftist tantrums in the wake of the overturning of Roe v. Wade by the United States Supreme Court. Not content to merely continue allowing the murder of unborn children right up to the moment of birth, and even after, California’s leftist leaders are so consumed by their sanctimony, and so determined to spread its toxicity far and wide, that they have enacted measures to transport women from other states to within their borders for abortions. And they force the tax-paying citizens of their state to foot the bill not only for the slaughter, but for traveling expenses of the women.

Such a move is atrocious enough all by itself, but as is always the case with leftists, they cannot deal honestly with the hideous nature of their ideology and their agenda. So they twist reality in hopes of creating their phony, but all important “moral high ground” from which to spew their perversity as “virtue.” In this case, they take a page from the playbook of the very enemy of our souls, by attempting to contort the Bible, the Word of God, hoping to create the impression that the wanton destruction of unborn babies is a work of the “goodness.”

Specifically, the California pro-aborts quote a carefully edited passage of the Gospel of Mark, as if it somehow validates unspeakable brutality against the unborn. The cited portion of Mark 12:31 states “Love your neighbor as yourself. There is no greater commandment than these.” The intended message is obviously that, unlike those nasty pro-life people who don’t go along with the killing of innocent babies in the womb, California is showing real compassion and “love” by inviting women to enjoy the “blessings” of child sacrifice.

Several problems immediately present themselves in all of this, at least among those girls and women who are looking for truth, and the real definition of right and wrong, as opposed to the snares of an evil ideology that will leave them emotionally and possibly even physically scarred for life. The word “these” at the end of the quote somehow doesn’t match with the singular stated commandment of “Love your neighbor as yourself.” And there is a very good reason for this. The entire response uttered by Jesus Himself was stated in a total of three verses:

Clearly, the idea of honoring God is abhorrent to Newsom and the leftist counterculture of California. And it is a direct rebuttal to the absolute evil of abortion. So they simply ignore that part, or any mention of God and His righteousness being the focus of our thoughts and our love. Instead, just “love thy neighbor” on any random basis, including surgically destroying that innocent, helpless life within, and one somehow qualifies as upholding the “greatest commandment.” We’re all good! And if enough people can successfully be duped, the holocaust of the unborn will continue unabated.

As appalling as this effort may be, something even more disturbing needs to be considered. Such a fraud could only be perpetrated by the leftist pro-aborts in 2022 if a sufficient vacuum of truth exists within which they can present it. Saddest of all, that can only be happening since far too many genuine Christians have been dropping the ball on this issue for years, if not decades. Lies can only prevail on such a scale when truth is largely absent.

So many Christians have themselves attempted to “soften” the tone of the Gospel message, which is one of repentance and redemption through the sacrifice of Jesus. Skip over all that tiresome “Thou shalt not” talk, and just focus on the “Jesus loves you” part. That way, the Gospel can be “improved” and refashioned from its original form into one that is more digestible for the modern unbelieving world. In the process, its reality and its redemptive power are ultimately displaced by platitudes and possibly lost altogether.

It is patently obvious from the manner in which Gavin Newsom is advancing this program that his real goal reaches beyond abortion itself, and as is always the case with leftists, is actually intended to promote his own interests as a viable 2024 presidential candidate. In social media posts, he flagrantly taunts pro-life governors by telling them that his pro-abort billboards are coming to their states. By such behavior, Newsom follows in the footsteps of AOC, Nancy Pelosi, and Kamala Harris. This is the grotesque face of the “new” left, and its strategy of shameless grandstanding and attacks.

Now is not the time for those who know better to be silent. Real Bible truth, and all of human history prove that indifference to evil is complicity with it. And that fully applies, whether the situation involves the victimization of helpless babies in the womb, or the deliberate distortion of Scripture in an effort to “validate” the indefensible act of ending those lives. A much more fitting citation from the Holy Bible at this juncture comes from the book of James. In proper context, it states,

In these times when evil rages and seeks to corrupt every aspect of life in America, passivity amounts to collusion. Those who know better should be loudly speaking up against this malignancy of lies and deceit from the pulpits and every other venue. Only in that way can it be recognized in its true ugliness, the instant it is fraudulently presented as “light.”