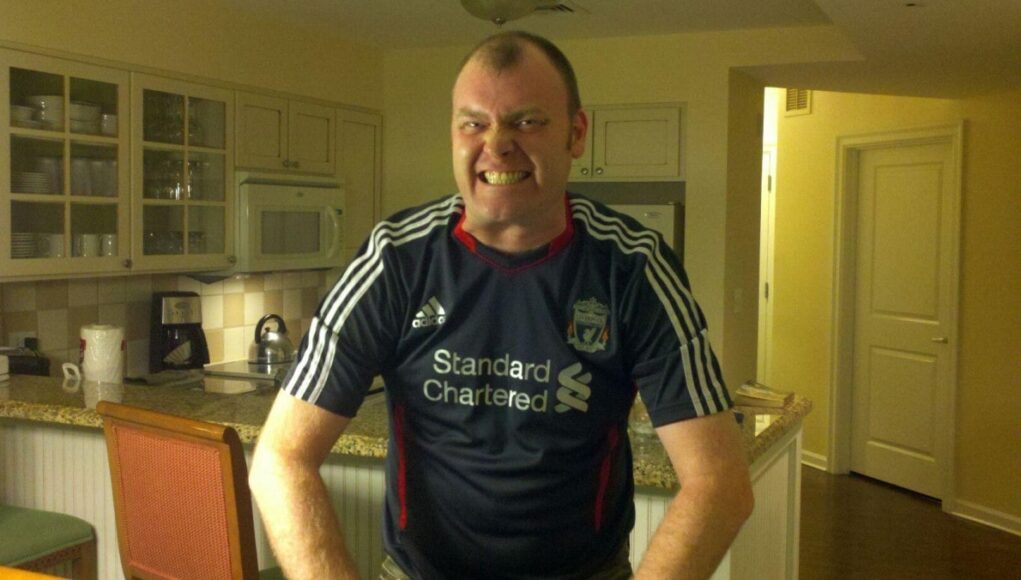 On Monday, I received a call everyone dreads. The call was from my aunt. Usually if she has a question for me about the news of the day or something else going on, she simply relays the question to my mother to pass along. So I picked up knowing there was something out of the norm. I was told there was difficult news—my older brother Douglas had suffered a “massive heart attack” and things looked grim. I could hear my mother wailing in the background. The sound was horrifying and unmistakable—a mother in distress and unable to affect the outcome for her child. I told my aunt to go be with her sister to provide whatever comfort only she could in the moment.

As I hung up the phone, I knew. I sat in numbed disbelief, but mustered enough willpower to reach out to my wife and a few close friends to let them know what was happening. Then sat back and braced for impact of the news to come. It seemed like an eternity, but in reality was less than 20 minutes. My father called me back—who is a pillar of strength and in his typical stalwart fashion—informed me my brother was gone.

We all deal with grief in our own way. I’m a writer with whatever small platform I have, so I decided to write. It is personal, but there is a story to be told.

We come from a family of four boys and a younger sister. Of all the siblings, Doug and I were the closest in age—separated only by a little over two years. So we had a closer bond than any of the other kids. We were usually in the same school, had the same circle of friends, and the same interests.

In fact, to say we shared the same interests is something of an understatement. There is not much that I recall we didn’t have in common. We cheered for the same sports teams—such as Liverpool FC and the Dallas Cowboys—watched the same shows, played the same games, listened to the same music.

It now occurs to me as I write this—something that is probably already apparent to a reader—the reason we liked all the same things was precisely because Doug liked them. He was my idol, the coolest kid on the planet, and an absolute rockstar in my eyes. So—of course—I was going to be into whatever he took interest in. How could I not?

The best illustration was our music. We were children of the 80’s. I remember my brother telling me,

I’d never heard of either one at that point, but it didn’t matter. It never even occurred to me to do otherwise. That was the cool thing to do. I immediately took my paper route money and bought the ‘Master of Puppets’ album by Metallica and ‘So Far, So Good… So What!’ by Megadeth. Then listened to them over and over again until I could almost recite the lyrics myself. For the rest of my teenage years, I was a “Metalhead”—because that was the Douglas thing to do and it was cool.

After our childhood, Douglas’ life would soon take a turn for the worst. I went away to college, and Douglas stayed home—taking a series of jobs at different eateries in the area. One day—while working at a local bagel shop—Doug suffered what he described as an “explosion” inside his head. We never got a formal diagnosis of what happened, but he was never the same afterwards. Combined with a hard liquor drinking habit that started in high school—his life began to spiral downwards and would take him to some dark places.

His drinking got worse, likely his way of “self-medicating” to deal with the demons now in his head. He became unable to hold a job. He was almost never sober and would have to plan his day around drinking. He couldn’t even make a long car ride because he was simply unable to spend more that a few hours without taking a drink. But despite all that, his love of family never seemed to wavier one bit. I’ve never seen a man celebrate as much as when one of us called to tell him another niece or nephew was on the way.

Holding a conversation with him became—well, shall we say—tedious. The change in his personality caused him to believe he was a “deep thinker”. He would often call—sometimes drunk and barely coherent—and keep me on the phone for hours wanting to discuss whatever subject matters he had been running through his mind beforehand. I found myself avoiding his calls just because I did not have the time to invest. He also became overly opinionated about trivial issues, or events that we had no way to impact—like foreign conflicts. And would harp on someone until he could convince them to see things his way. I watched as—one by one—he had falling outs with our childhood friends over debates that got taken too far; never to speak again. It was painful to watch.

He seemed to lose himself in the bowels of the internet on chatboards and researching topics of interest. I was still a “normie” around this time, and considered him a “conspiracy nut” because he was a regular viewer of things like The Alex Jones Show and InfoWars. It was not until years later—when I started doing research journalism—did it dawn on me how right Douglas had been on a entire range of topics. Seeing the warning signs of government corruption and globalist agendas—that is now apparent today—and being dismissed by those closest to him probably drove him deeper into those dark recesses. Now I realize he probably saw things a lot clearer than most—and I should have listened more.

Thankfully Douglas seemed to pull himself out of the downward spiral. He married a wonderful woman and started a family of his own. While he still struggled with his demons, he was not alone anymore, and had renewed purpose for his life. That’s what makes this loss so much harder to deal with. He had turned the corner. If he was to be taken from us, why now and not back then?

Douglas was not the picture of good health. As mentioned, he drank too much most of his adulthood. He was a lifelong smoker and had maybe the worst diet anyone has ever seen. He hardly ever went to the doctor. If he did have significant cardiac problems—he probably was unaware, in denial, or ignoring it. But he was still relatively young—only two years older than I am and not even 50-years-old yet. It is not unheard of for someone his age to suffer such a catastrophic cardiac failure, but it seems to be happening far too often these days and at much younger ages.

Whatever the reason(s), it is undeniable we are living in a time of excessive death among younger generations. Too many brothers & sisters, husbands & wives, sons & daughters, fathers & mothers cut down in their prime, and taken from us far too soon. The cause of these tragedies needs to be investigated—free from the scientific, social media, political, and government censorship which is all too common these days. A full public and robust debate is the only way to get to the genuine root cause(s), and prevent future tragedies—as many as we can. If someone’s theories are wrong, let them put them out in the public arena and show us how they’re wrong. Because those with the answers are often labelled “heretics” and dismissed—as history has shown us time and time again.

Douglas is the first member of the family to leave us. As mentioned in the beginning, our mother and father are still alive. I often remark to young couples, “Have your kids early”. As I look around at friends and co-workers my own age, it often occurs to me how few of them still have a parent who has not passed—let alone both. I now know what a blessing it is; to have so many more years on this Earth with my parents. It is the greatest gift a parent can give to their children.

But with that blessing can often come a cruse. As bereaved as I am—I cannot imagine what my parents are suffering through; especially my poor mother. As anyone who knows her will attest, she is the single most supportive woman on the planet. Her children are everything to her and can do no wrong. There is no greater pain. It is against all laws of nature. No parent should ever have to bury their child.

In addition, Douglas leaves behind his grieving wife Christina and precious 9-year-old daughter Adela Marie. I have no idea what to say to my sister-in-law. Suddenly in the world without her partner. I wouldn’t know even where to begin.

And Adela, now stripped of the gift I have all but taken for granted for most of my life. If a father has ever loved his daughter more, I have not personally witnessed it. Raising his daughter seemed to be my brother’s sole purpose in life. He obsessed over what was best for her. When our families would get together, he would spend hours entertaining the children. It honestly made me feel less of a father because I could barely last 30 minutes. I had more important “adult things” to do.

The attention did not go to waste. Adela ate up every minute of it. She is the quintessential “daddy’s girl”. She looked at her father the way I did when I was her age. He was a superhero. My heart breaks for what’s been taken from her. So many more glorious years now turned to grief. I wish I could just wrap her up in a warm blanket and make the pain go away. She now faces a cold world without her guardian and protector.

It has only been a couple days, but I already miss my brother … dearly. I regret I did not cherish the time we had together when it was still mine for the taking. It’s something I will need to learn to live with now.

I love you Douglas

Until I can join you and we will meet again