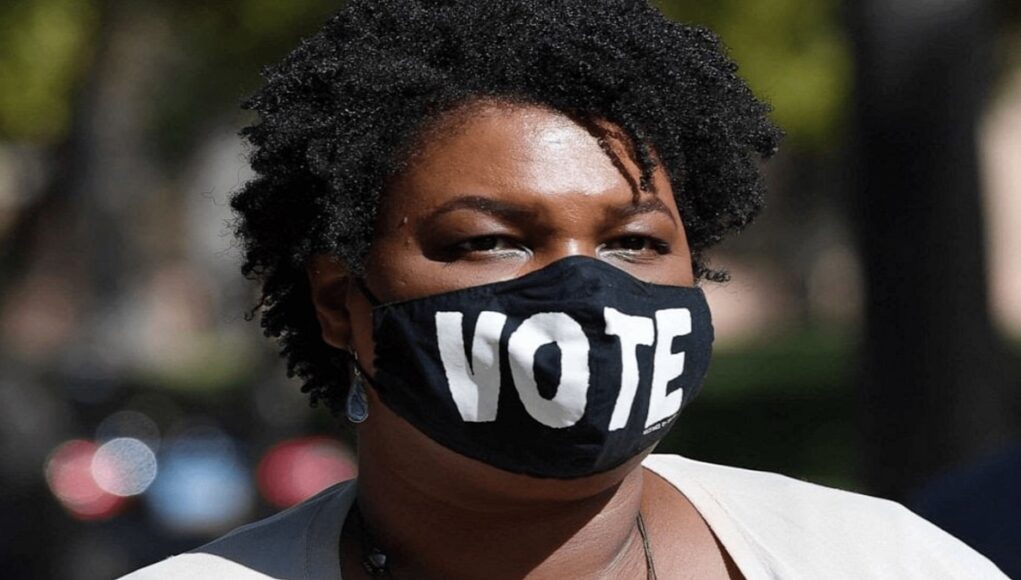 Occasionally, in between grandstanding about their exalted ideology and their superiority of morality and virtue, leftist Democrats have a moment of candor that actually exposes the truly hideous nature of who they are and what they believe. The latest example of such came on October 19, when Democrat Georgia Gubernatorial wannabe Stacey Abrams actually attempted to promote abortion as a cure for inflation. According to Abrams, “Having children is why you’re worried about your price for gas. It’s why you’re concerned about how much food costs.” In a line of thinking taken right from the depths of Hitler’s Reich, if people are too expensive to feed and transport, just kill them and the financial strain will ease up.

The abominable nature of Abram’s statement is twofold. First, the obvious notion that the “burden” of our fellow human beings can just be negated by snuffing out their lives is nightmarish, at the very least. But it is no less significant that she would make such an effort (along with all those in the media who defended her), to suggest that the high costs which have befallen Americans are somehow the result of loving and caring for the truly helpless and needy among us.

Leftist Democrats cannot be allowed to succeed in this transparent effort to cast blame for the current economic disaster on President Trump, and the recent triumph for unborn life at the Supreme Court. Americans are feeling the chokehold of inflation not because they’ve loved and accepted the children they’ve conceived, but because abhorrent Biden Cabal energy and monetary policies are destroying the value of the Dollar, and exerting wholly unnecessary costs on every facet of life in our country. To claim otherwise is a flagrant lie. It is also standard operating procedure for leftist Democrats.

Back when Obama was in the White House, his touted “Energy Policy” was simply to tell Americans to properly inflate their car tires. Under President Trump, American petroleum supplies peaked, not only making our Nation a net energy exporter for the first time in decades, but also providing plentiful fuel supplies at competitive prices domestically. It was the ultimate “win/win” for everyone, except the leftist Democrats who’s agenda of socialism and dependence on government can only advance when people are suffering.

So, with the Mid-Term Elections rapidly approaching, Democrats are scrambling in every direction, attempting to convince Americans that things are either really good (in stark contrast to what people see around them with their own eyes), or that some Trump policy is to really to blame for the hardship. This task gets very difficult, especially as the Democrats and their Fake News minions have been so loud and emboldened by the 2020 election theft. For the past 24 months, America has been bludgeoned with proclamations of “moral superiority” on every topic. Yet the dismal reality of our floundering Nation has become inescapable.

Abrams personifies the textbook desperate leftist Democrat, who can only keep plowing forward with every new DNC approved lie, to claim that America has been “built back better.” And of course, any notion to the contrary is either a wild-eyed conspiracy theory, or the work of a “domestic terrorist” who dares deny the bliss and utopia of leftist lunacy in action. Just ask the leftists. They’ll tell you!

Yet in a very real, and disturbing sense, Abrams foreshadows the future of the Nation, if the Democrats are able to maintain their ill-gotten majorities in the House and Senate on November 8. A prospering and flourishing Nation poses a huge threat to the leftist Democrat agenda, so the goal will always be to force Americans down from any success track, to the point where mere subsistence is their only concern. Denigrating the economy through inflation and suppression of industry certainly plays well into this plan. The only “trick” is to insidiously force such an existence onto Americans while convincing them that the real consequences of leftist ideology are, as always, somebody else’s fault.

In that sense, it is not only Abrams, but every Democrat who failed to roundly condemn her reptilian callousness, who prove to ultimately be on the same noxious ideological page. And it is wholly worth mentioning here that not only did Abrams escape any serious reprimand from fellow leftist Democrats, but she has instead enjoyed rousing accolades from other equally abhorrent people.

Topping that list is the iconic Oprah Winfrey. Rather than calling out Abrams for suggesting that unborn babies be thrown overboard to lighten the load, in an online endorsement Winfrey actually extolled Abrams as possessing “empathy,” and “the ability to relate and connect with people.” The ostensible effect of this would be “empowering their lives.” In typical Winfrey fashion, she cried some virtual tears over people “not having what they need for just basic survival,” blah blah. Yet she wanted viewers to know that by mindlessly voting once again for the very political movement that caused all the hardship and squalor, people could expect everything to miraculously change for the better.

This circus of madness would be comical, were the actual implications of it not so hideous and grave. Instead, it is truly sinister, and a harbinger of how the great and beneficent leftist “Nanny State” would deal with any citizen who poses too much of a load on others, in the midst of the inevitable deprivation and squalor of socialist paradise. And in every previous venture of its kind throughout history, those who expected the “community” to support them and carry them through adversity found instead that like Abrams’ plan for the unborn, their hopes and dreams for a worthwhile life could also be unceremoniously jettisoned. Problems solved!

Americans are at the cusps of lapsing into this nightmare. And the unfettered lunacy of the leftist Democrats in recent weeks reflects that they know they are that close to fulfilling their diabolical plan. Yet a proper examination of its realities, which is the worst nightmare of leftists, could enlighten and inspire voters to turn out in sufficient numbers to thwart the strategy of leftist lies and vote fraud. It is make or break time for our Nation, and the unspeakable bilge water from leftists like Abrams will be our fate if we don’t prevail on November 8.