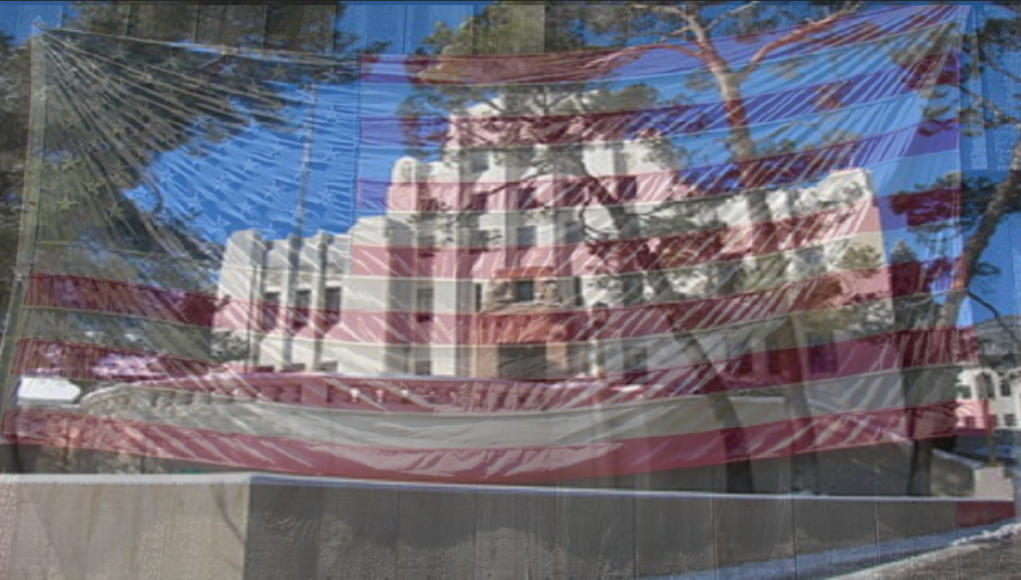 The Cochise County Republican Committee (CCRC) had a statutory meeting this past Saturday, December 3rd to vote for their new Committee Chair and board members. The committee was expected to include Robert Montgomery—the current Chair—and several individuals aligned with him running to fill the positions of First & Second Vice Chair, Secretary, and Treasurer. The group was running as a slate and had gathered 200 proxy votes—making them nearly a shoo-in for election as they seemed to be running unopposed.

In somewhat of a surprise move, local resident—and former intelligence officer—Brandon Martin was nominated from the floor to challenge Montgomery as Committee Chair. Martin was narrowly voted in by a count of 115 to 112. Montgomery, and his allies, showing their anger and displeasure by immediately resigning from their posts on the committee. In order to facilitate moving the meeting forward, Martin as the newly elected Chair, asked the other newly-elected members to be sworn in before tendering their resignations. As of Tuesday December 6th, Martin had received two official resignations, with one member on the fence about her decision.

Martin stated that it was not his intent to split the GOP in Cochise County. Martin even asked outgoing Chair Montgomery to support him because he did not want to create a fissure. But, with the resignation of the majority of the board members, he acknowledges the end result was inevitable. Martin said, he felt that the committee members running as a slate and then resigning instead of fulfilling their oath as a show of “allegiance is to the outgoing chairman”—rather than to the citizens they were elected to represent.

Martin expressed his appreciation for some of the great things out-going Chairman Montgomery had done for the committee. First and foremost, Cochise county—under Montgomery’s leadership—had a full roster of precinct committeemen.

However, Martin lamented that a number of the committeemen were not putting their best foot forward, and getting their constituents out to vote for local candidates. He pointed to the fact that there were about 6000 fewer GOP voters during this years midterms—compared to the 2020 election—even though Republican registrations were up in the county. As a tangible result of the GOP slip ups, Sierra Vista, the largest city in Cochise county now has a Democrat mayor.

Martin hopes to be a unifier and to help steer the CCRC to being a better partner with the state-level GOP. He feels his military background and expertise will help create the needed guidance for the committee. One thing he felt was lacking in previous leadership was the a clearly defined mission. He hopes to create a strategic plan—with specific outcomes and measurable milestones—as the committee reaches for its goals. He also plans to improve fundraising and the use of revenue to support local candidates and “get out the vote” efforts. To that end, Martin has pledged to raise $100,000 to add to the committees coffers for use for the next election cycle.

Some of those efforts include educating the public on what it means to be a Republican, and why they should support GOP candidates. It will also includes training precinct committeemen on how to provide said education and implement other aspects of the new strategic plan. He also hopes to recognize the efforts of the many volunteers and committeemen who put forth effort to meet the various milestones defined by the CCRC.

In his first effort as CCRC Chairman, Martin held a meeting on Monday December 5th—which was also broadcast via Zoom. The first Monday of every month has typically been the meeting date for the CCRC. However, the Saturday special meeting and vote was held in place of the normal December meeting. Given the events of Saturday night, Martin felt it important to address CCRC members and lay out his vision and leadership plan. The meeting also included a special guest call by Mike Lindell.

Martin’s vision includes his ability as an organizer and unifier. As the Trump-endorsed 2020 candidate for CD2, Martin believes he has what it takes to bring Cochise county Republicans together and get more local GOP candidates ultimately elected into office.