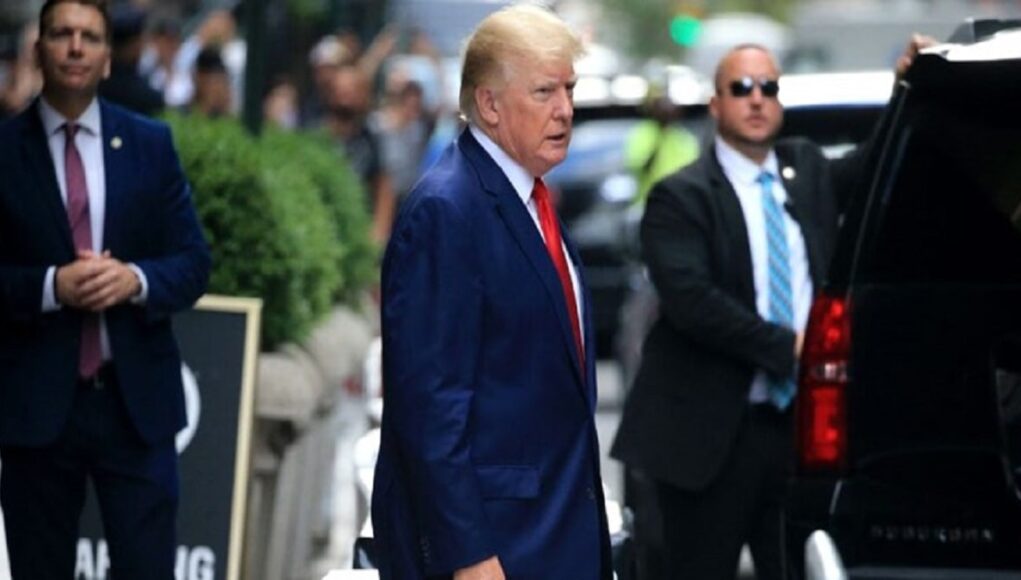 Those FBI goons had barely commenced their illegal and unprecedented raid on President Trump’s Mar-a-Lago home last Monday before Republicans swung into action. Immediately, e-mail inboxes across America were overflowing with fundraising letters, all expressing their outrage at the abominable event, and ensuring that justice will be served, with the “help” of contributions from angry readers.

Unfortunately, most of those same Republicans were decidedly “muted” once they were out in front of the public, if they bothered to discuss the situation at all. And that is precisely the behavior that has jaundiced so many on the right, who have often times in past years dug deep into their pockets and fought hard for Republicans to overtake the Democrats in the House and Senate, only to have the GOP drop the ball on one flimsy pretext after another, once gaining the majority.

This pattern of duplicity has become appallingly predictable, especially since the 2016 election of President Trump, whose agenda the GOP “Establishment” resented and undermined, despite shamelessly capitalizing on the President’s popularity when soliciting donations. Most grassroots conservatives recall how it was after the stolen 2020 election. Angry denunciations of the flagrant theft were widespread among online letters to the Republican constituency, but virtually nonexistent in front of the cameras. It takes an incredible degree of cynicism and deception to operate in that manner, but time and again, the GOP “Establishment” proves itself to be up to the task.

It is most unsettling to consider that if the Republicans are victorious in November, and then proceed to actually investigate and confront the rampant abuses of power by out-of-control leftists in high office, it will be a drastic departure from their previous pattern. Though thoroughly warranted, no previous excesses by the leftist Democrats have ever resulted in the perpetrators being prosecuted and jailed, or the offending government agencies receiving the thorough house cleaning that would be required to restore them to their proper roles and conduct.

Militarized strikes on Americans have become almost “normalized” at the hands of agenda-driven leftists, going back to Waco Texas in 1993. That was where the Bureau of Alcohol, Tobacco, and Firearms attempted to forcibly overtake the compound of cult leader David Koresh, eventually leading to the brutal and wholly unwarranted slaughter of seventy six men, women and children. Prior to the onslaught, Koresh was known to regularly leave the compound to visit local restaurants and make other public appearances. So the blitz was clearly unwarranted. But the Clinton Administration hoped to make a major public statement against gun ownership and “religion.” And on that basis alone, the deadly stunt was staged.

Since then, government agencies have been increasingly weaponized against the American people, with flagrant, politically motivated abuses of grassroots Conservative organizations by the IRS, official targeting as “domestic terrorists” by the Department of Homeland Security and Department of “Justice,” along with several other FBI swat team assaults carried out against decent, law-abiding Patriots. In every case, the “high crime” of which victims are deemed “guilty” is nothing more than being on the political right, in a Nation whose government is increasingly overtaken by corrupt and despotic leftists.

Nevertheless, Americans can expect little help from the GOP “Establishment.” Senate Republican “Leader” Mitch McConnell, displaying all the fire and passion of a bowl of mashed potatoes, stated “The country deserves a thorough and immediate explanation of what led to the events of Monday,” and added that Merrick Garland and the DOJ “Should already have provided answers to the American people and must do so immediately.” Yet McConnell refused to defend President Trump, thus leaving the door wide open for leftist Democrats and their Fake News lackeys to make all their inane claims that the FBI attack was warranted.

A few “bright spots” are present among all of this darkness. In a statement released the day after the attack Congresswoman Elsie Stefanik, the third ranking Republican in the House, excoriated the perpetrators and warned that “The political weaponization of the FBI and Department of Justice is an actual threat to democracy,” and that it constitutes “A reason Americans no longer trust the agencies.” She also called them out on the illegally fabricated FISA warrants, and their willingness to blatantly lie about “Russian collusion.”

According to Stefanik, the FBI “protected” Hillary Clinton and continues to protect Hunter Biden. She further warns that such behavior poses a direct threat to the 2024 Republican candidate for President, whoever that may be. In response to her blunt honesty, Stefanik is already being confronted by the Establishment. Likewise Fox “reporter” Steve Doocy, did his best to justify the raid and decry any suggestion by Stefanik that the flagrantly partisan and weaponized FBI is out of line for its behavior.

Predictably, the narrative is suddenly changing. As the facade of “legitimacy” continues to crumble, the big focus of leftist apologists and their media lackeys shifts to the “disrespect” being shown for the FBI by outraged Patriots. The legal atrocities committed by the organization are somehow off limits for proper discussion since that might fan flames of resentment against it. Yet the only appropriate response would be a thorough purge including arrests and prosecutions, including those in the DOJ and above who have oversight, and thus bear responsibility.

As an organization charged with upholding law and justice, the FBI is not defined by the loftiest “ideals” it professes, but by the lowest standards it is willing to accept. On that basis, this FBI has proven itself to be a disgrace and a dangerous affront to America. That applies to the entire organization, from the lowest newcomer right up to Christopher Wray! And if fixing the dangerous mess it has become means we start by removing all leftist infiltrators who bring their dirty agenda into the organization, let the cleanup commence!