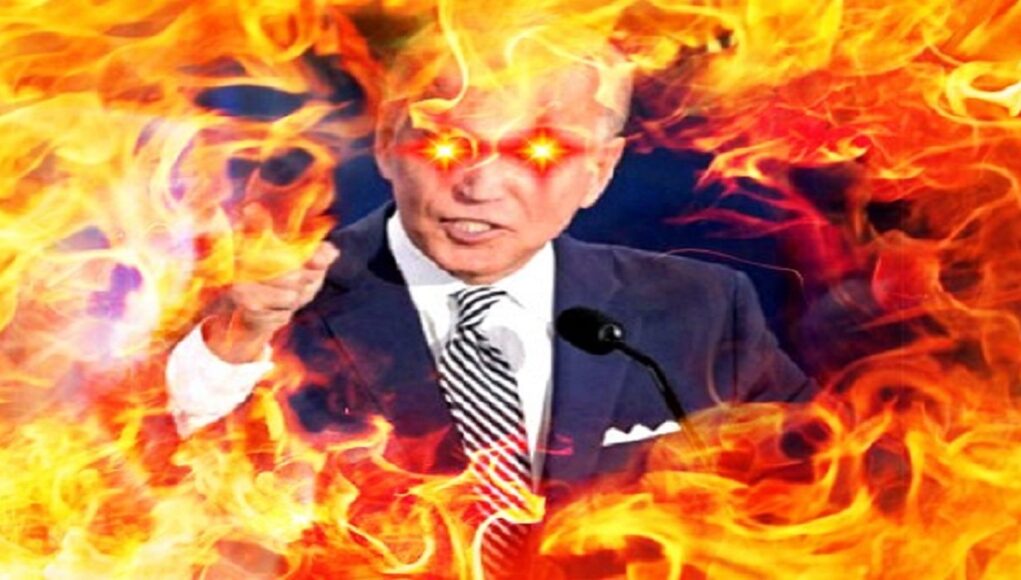 At this writing, we’re still two days out from the highly anticipated 2022 Mid-Term Elections. Real America is hoping for a major sweep of the leftist cancer that infected and corrupted the Nation’s highest office in 2020. From the total betrayal in Afghanistan, to the destruction of America’s energy supplies, to the treasonous hemorrhaging of the Nation’s southern border and wholesale invasion of the Country, the agenda of the leftist Democrats has been abhorrent. Worst of all, it is now inarguable that the devastation they’ve wrought was absolutely deliberate.

The abuses of justice by the corrupt and weaponized DOJ and FBI are a national disgrace and abomination to the Constitution and Bill of Rights. Children in government schools are barraged with lewdness and obscenity, and are being coerced into accepting hormonal poisoning and body mutilation, under the perverse guise of “gender reassignment.” On every front, basic decency is attacked while the twisted premises of the anti-Christian, anti-American counterculture are promoted by fraud, manipulation, and when all else fails, brute force.

Consequently, Americans intend to show up in droves at the polls on November 8, hoping to retake the Congress and Senate, in order to put the breaks on the attack by invoking the Constitutionally authorized power of the Legislative Branch of government as a check against the crazed behavior of the Executive. Of course this is a good and necessary step for the American people to take. But Americans need to be diligently monitoring the actions of the leftists in the run up to Election Day. Ominous patterns are once again emerging, which portend a dangerous crossroads for the Nation. Regardless of the outcome on Tuesday, this is no time to let our guard down.

For starters, the menacing nature of last week’s Biden speech is of grave concern. The intent of the speech is not altogether clear. And this has nothing to do with the unconscious manner in which Ol’ Joe, the White House sock puppet, delivered it. Clearly he had no clue as to what he was reading, or why. Still, the convoluted message suggested another purposefully chaotic post election period, in which the engines of leftist Democrat cheating and fraud can be fully engaged as they were two years ago. Within the confusion of it, a threat was made against the American people who might dare to challenge the “validity” of the election outcome. That is not indicative of a government that has any intention of conducting the process openly and honestly.

So it is no surprise that incidents of election tampering and fraud are already occurring, both on the street and from positions of official authority. Activist “judges” are seeking to tamp down grassroots efforts to monitor the activity at ballot “drop boxes,” where so much chicanery occurred in 2020, issuing edicts to prevent citizens from observing and recording what goes on there. The excuses for this outright suppression of reasonable oversight are textbook leftist sanctimony, such as “preventing voter intimidation,” and “ensuring unencumbered access.” Yet the real game is clearly to facilitate criminal activity, while preventing Americans from gathering evidence of the corruption and fraud.

Again, it is patently obvious that as with all the leftist squalling over efforts at proper voter ID, the real intent is to make it as easy as possible for cheaters to engage in election theft, while claiming to be the paragons of patriotism and civic virtue. That is precisely how the left has always repackaged its treachery in the phony veneer of a “noble cause.” Sadly, too many on the right have lacked the courage and fortitude to simply call out the lies and hypocrisy. So the scam works.

Things are no better out on the campaign trail. In truth, the entire leftist political machine, from the White House down to local school boards, is a veritable freak show. From the lunatic and deviant cabinet appointments of the Executive Branch, all the way down to the sick/twisted infestation of leftist activists (many of whom should be charged as sex offenders) across the Nation in government schools, it is abundantly obvious that the leftist counterculture has every intention of “normalizing” its morally debased agenda

Among the most shameless and prolific liars in this movement is Hillary Clinton, who continues to peddle her duplicity with brazen arrogance and hypocrisy that is unsurpassed. While being one of the loudest voices contending the 2016 Election was “stolen” from her, based on nothing but her insistence that she should have won, she has been just as strident when condemning anyone who dares question the validity of the 2020 election circus. She also continues to peddle the same old lies from the worn out Democrat playbook of the 1990s.

Recently, she actually attempted to resurrect Democrat fear mongering that Republicans would cut Social Security for seniors. Perhaps somebody needs to remind her that the only actual cut to ever occur in that entitlement came at the hand of her husband Bill, with his federal taxation of Social Security payments. Regardless of the monetary gymnastics of the situation, the net result is that seniors saw a significant drop in the amount they netted. Of course this was never treated as a “cut” because the media was perfectly willing to run cover for Clinton, hanging those seniors out to dry.

So what does this all mean for the Nation, on the eve of a potentially monumental election cycle? As America teeters on the brink of turning back the leftist onslaught, the raging and venom of every leftist in a key position shows that they have no intention of simply relinquishing their ill gotten power. If they cannot cheat their way past Tuesday, they’ll regroup and attack in every other available manner.

If America reclaims the Congress from the left, the period formerly known as the “Lame Duck” session, between Election Day and the January 3 installation of the new Congress, looms as a nightmare of legislative abuse, desecrating the Nation with the possible implementation of one horrendous, unconstitutional measure after another. The notion of a “peaceful transition,” always sanctimoniously demanded from the Right when Democrats seize power, is a one way street in their hypocritical universe. Yet all of this is still a cake walk compared to the fate we face if Democrats retain power, in which case they will claim a mandate to complete their destruction of everything worthy and decent in this Nation.

While all of this may sound very “alarmist” or even “defeatist,” it should not be construed in that manner. Rather, it is a somber warning to the good people of America that a victory on Tuesday does not signal the end of the conflict, but only a genuine first step at the critically necessary task of engaging the vile and dangerous enemy we face.