John Durham is known to be a great prosecutor because he is a good storyteller in the courtroom. Unfortunately, in the Igor Danchenko Trial, he told the wrong story.

His story was about an FBI analyst—Brian Auten—who stated the Steele Dossier lies resulted in Foreign Intelligence Surveillance Act (FISA) warrants used to spy on an American citizen. The problem with this strategy is Danchenko didn’t write the dossier, Christopher Steele did. Danchenko was on trial for lying about Sergei Millian. Steele is not on trial for lying about Carter Page.

Brian Auten—through questioning by Durham—admitted that if the FBI knew Danchenko’s raw intel had zero corroboration, they would’ve been obligated to tell the Foreign Intelligence Surveillance Court (FISA Court or “FISC”). Durham put up split-screens of the dossier and the FISA applications showing the jury there were cut-and-paste phrases from the dossier in the applications themselves.

As a reminder—some of the Carter Page FISA applications to the court were before Danchenko’s interviews to the FBI on January 24th, January 25th, and January 26th, 2017. Igor was interviewed by Auten and FBI counterintelligence agent Steve Somma over the three-day period with an immunity agreement. This meant he would not be prosecuted if he was truthful and did not omit any material information that would help the FBI corroborate his raw intel. Steele would not give the FBI Igor Danchenko’s name, and Auten claims that he—through his position as an FBI analyst—figured out who Danchenko was by December 20th, 2016.

Brian Auten coincidentally oversaw the counterintelligence investigation that the FBI opened on Danchenko in 2009 when he was suspected of being a Russian spy. The investigation was opened after Danchenko allegedly mentioned to someone at the Brookings Institution he could sell classified information to a buyer. Danchenko would later become a paid confidential human source (CHS) following his January 2017 interviews. Yet Auten never disclosed to FBI Agent Kevin Helson—Danchenko’s new handler—that Danchenko had been under investigation in 2009. Helson also acted as the intermediary between Danchenko and the Mueller Investigation team—that included Auten.

Now Danchenko was acquitted on four counts of lying to the FBI about Sergei Millian (a fifth count unrelated to Millian was dismissed by the judge mid-trial due to Durham failing to establish the elements of the crime). The lies were that he stated he received an anonymous phone call from someone he thought maybe was Millian. He told the FBI that he thought he recognized Sergei’s voice from a YouTube video. Danchenko was charged with lying to the FBI during interviews with Helson and other FBI agents on five different dates throughout 2017. Durham tried to convince the jury there was never an anonymous phone call by Millian or anyone else.

I was in the courtroom for four days straight listening to Durham try to convict Igor Danchenko for lying to the FBI, but Durham did not tell Sergei’s story. He hammered away about an American citizen who was spied on based on four flawed FISA warrants, but he did not talk about the real victim of Danchenko’s lies, Sergei Millian.

The defense told a story. The defendant’s wife dramatically fled the courtroom in tears when Helson completed his lengthy testimony. When she returned a short while later, a female defense attorney handed her a box of tissues. Another attorney had Danchenko’s FBI handler, Helson, almost in tears when he asked him to describe the loss of the prized CHS after the FBI was forced to stop their relationship. The FBI had to cease this arrangement between Danchenko and Helson after Danchenko’s identity was discovered by “internet detectives”—the term defense attorney Danny Onorato used to describe a group of online Russiagate researchers. Helson paused dramatically and stated that our national security was weakened now that his crucial source was out of the loop. Helson and the defense were acting as if Ukraine loses the war to Russia, it is because some crucial piece of intel could no longer be passed to or from Igor Danchenko.

The defense asked Helson if any sources out in the field had tried to get information to the FBI, but were no longer able. A very dramatic pause ensued, and Helson replied, choking up,

The defense was effective. They told a story. People will argue with me,

I vehemently disagree with this argument because Durham certainly tried repeatedly to tell the story about Carter Page. Then someone will state,

I would counter that if Durham had told Sergei’s story, it would have been material. If he concentrated solely on the charges—lying to the FBI about Sergei Millian—that would have been enough of a story. Danchenko’s story about Sergei Millian was bullshit. Durham could’ve argued that if the FBI knew Danchenko didn’t contact Millian; Auten could then state that the FBI was under obligation to tell the FISA court.

There were recordings played where Danchenko stated to Helson he was under extreme pressure from Steele to set up a meeting with Millian. Helson reported Danchenko was under so much pressure that when Steele told the FBI that Danchenko met with Millian in three different cities, Danchenko could not bring himself to correct Steele’s lie. According to Helson, Danchenko stated he didn’t correct Steele because he was tired of talking about it. This answer seemed to satisfy Helson. Yes, we had the Mueller Investigation, President Trump impeached, and dozens of Trump associates’ lives destroyed because Helson believed that Igor Danchenko was just too tired.

As a reminder, Danchenko admitted to a friend that he was responsible for 80% of the Dossier intel and 50% of the analysis. Helson confirmed Danchenko told him he was responsible 80% as well. Danchenko also told the FBI one of his sources was Ivan Vorontsov—a colorful Russian who has been known to posts selfies of himself in bright pink lipstick. He told the FBI that he received an anonymous phone call from someone he believed was Sergei Millian, who states he has never communicated with Danchenko.

In fact, all Danchenko’s “sources” stated in affidavits that they were never sources of his. The FBI had Danchenko help set up a travel junket to Cyprus to meet one of these made-up sources, Olga Galkina. She would be fired from her job in Cyprus with Webzilla for allegedly showing up drunk to work. I have no idea if her firing was justified, but I certainly know she is not some Kremlin insider that has the ear of Putin, and she knew the plot of putting the Manchurian candidate, Donald J. Trump, into office.

In fact, no one can explain to me why Sergei Millian—a vocal Trump supporter—would contact Danchenko to spread anti-Trump gossip in the first place. Why Durham didn’t have an FBI agent fly to meet Millian like Mueller allowed FBI agents to fly to meet Galkina is beyond me. Sergei was receptive to meeting with both the Mueller Team and the Durham Team outside of the United States. He even offered to sit for a video and written deposition, but his offer wasn’t accepted in either case.

Durham dramatically emphasized that Carter Page was the victim of flawed FISAs. Page wasn’t there to testify, and his testimony would be irrelevant anyways since that’s not directly related to the reason Danchenko was charged.

Sergei Millian was the actual victim of Igor Danchenko’s lies. Sergei lost all his clients throughout 2016 and 2017 when serial liars—Danchenko and Steele—smeared his name across the world. Millian lost his American Dream in the blink of a political season. Sergei lost his business, his income, his home in America, and—according to Sergei—he almost lost his life.

He’s the victim of these Danchenko charges. Durham should have told his story through an FBI Agent that met with Sergei; similar to what the defense did by questioning Supervisory Special Agent Amy Anderson about flying to Cyprus to meet with Galkina. The FBI could have easily sent an agent like Ryan James to fly to interview Millian.

At the end of the day, this is all about the materiality of a government that spends billions of our taxpayer dollars on a geopolitical strategy driving a wedge between Russia and America based on untold numbers of lies. They have paid Danchenko for these lies with the Ukraine dossiers, the Steele Dossiers, and with the Danchenko dossiers. How can the FBI be a victim if they knowingly accepted these lies to drive a narrative?

I guess we aren’t allowed to put the whole Federal Government on trial over their lies, but that might be the only way to change the system. 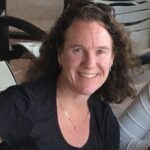 Alfa Bank Hoax – Part 1: When The Experts Gaslight Us