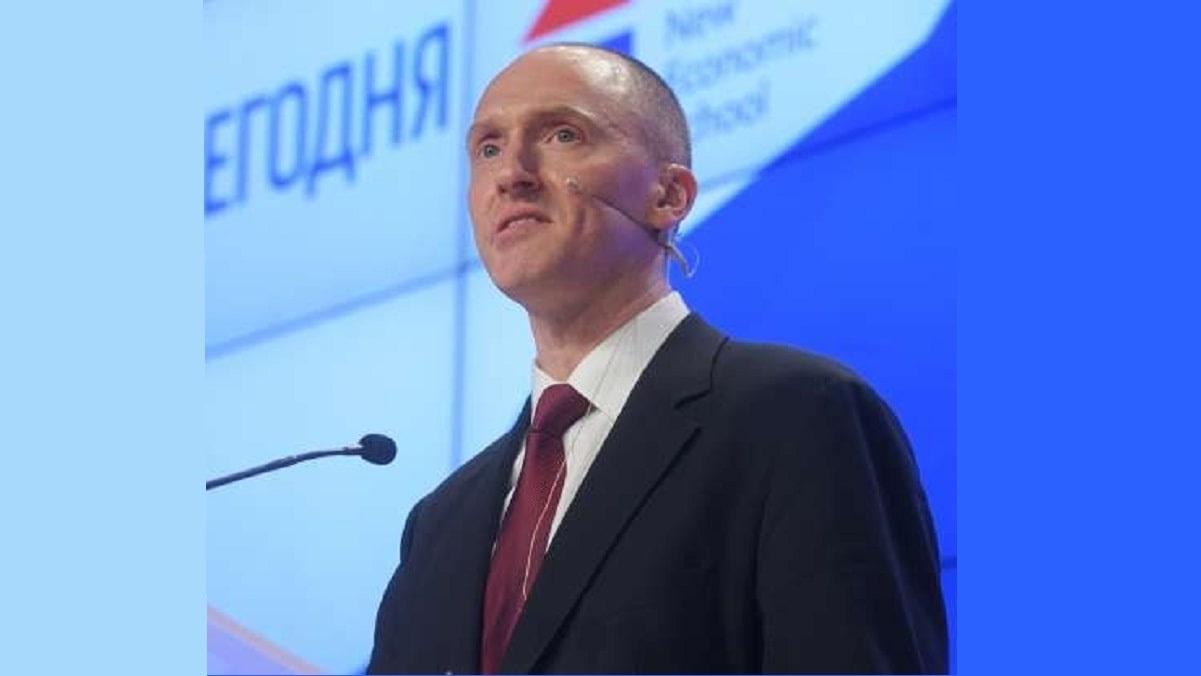 Carter Page has filed a 59-page lawsuit in D.C. District Court, in which he seeks compensation for multiple violations of his Constitutional and other rights in connection with unlawful surveillance by the FBI. The defendants named in the lawsuit are all members of the Crossfire Hurricane team and include James Comey, Andrew McCabe, Kevin Clinesmith, Peter Strzok, Lisa Page, Joe Pientka, Stephen Somma, Brian Auten and the U.S. Department of Justice, among others.

Page was targeted as a member of the 2016 Presidential campaign of Donald Trump, where FISA warrants were taken out against him in order to spy on the Trump campaign and and administration.

Page is reportedly seeking $75 million in relief for being falsely targeted as a Russian spy by the DOJ. Page, was in actuality a CIA asset. The FBI was aware of that fact at the time they sought FISA warrants to spy on him, but hid that detail from the FISA court.

As part of the Barr/Durham investigation into the origins of what is now known as Spygate, it was discovered that FBI attorney Kevin Clinesmith (who is named in the lawsuit), changed the reading of an email in which Page was identified as an asset for the CIA. Clinesmith has since been indicted and pled guilty to the crime. To date his is the only person to be indicted in the Spygate Scandal.

Page had previously filed suit against the DNC for funding the bogus Steele Dossier which was used as predicate for opening the investigation into the Trump Campaign and it’s putative ties to the government of Russia.

In an eight-count complaint, the first four complaints address the four separate FISA warrants which were taken out against Page. The fifth complaint alleges that Page is entitled sue the government and its cohorts for unlawful conduct. This is the complaint under which many of those involved in Spygate are named. The sixth claim states that Page is entitled to legal remedy for violating his Fourth Amendment rights to be free from unusual search and seizure.

In the last two claims, Page seeks a remedy under the federal Privacy Act. The claim stems from Page’s request to modify his individual record in the Horowitz Report. Horowitz had come to the conclusion that the FISA warrants against Page were illegal. But the DOJ denied Page’s request to correct the record on his behalf. The current filing seeks to compel the DOJ to do so. The final claim dealing with the Privacy Act, seeks damages for the harm he suffered for being falsely characterized as a traitor to the U.S., along with subsequent court costs and attorney fees.

The next phase in the process will include presenting the complaint to the defendants, whose attorneys will record their responses, schedule appearances and begin discovery for the court case. It remains to be seen whether the defendants will even respond, as in the case of Hillary Clinton, who on numerous occasions, ignored court summons.