Home Corruption The Gravest Error We Are Making Today (Opinion) 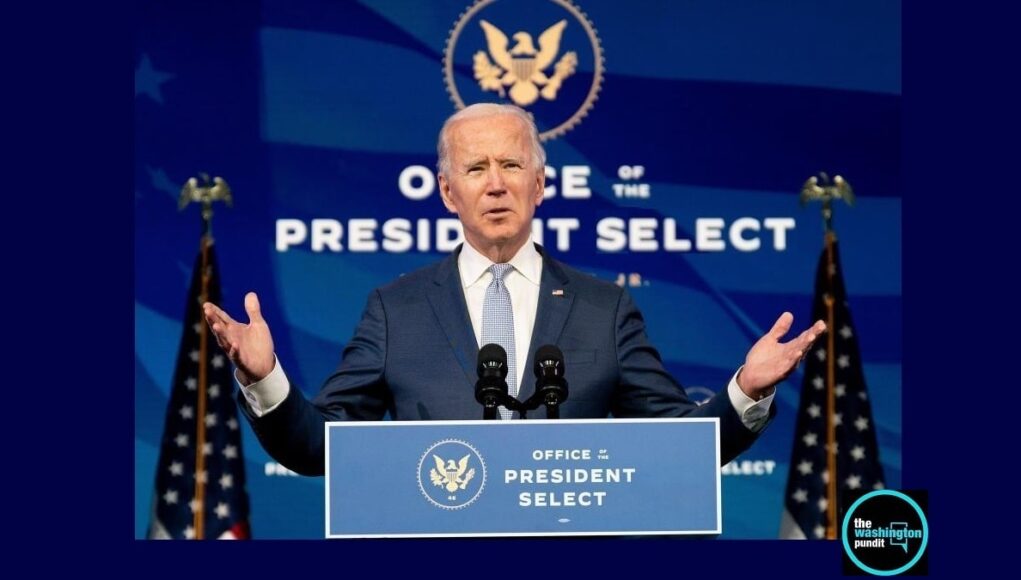 With the recent news that Joe Biden tested positive for the Wu Flu, speculation is once again running rampant that he is about to be replaced. And since it is so unimaginable that the thoroughly buffoonish Kamala Harris could ever hold the Nation’s highest office, every other possibility is being floated. Unfortunately, all of this discussion remains as thoroughly wrongheaded as it has been from the beginning of the totally corrupted and choreographed 2020 campaign season. As such it holds the potential for great harm to America.

Too many Americans (and that now even includes a disturbing number of Patriots/Conservatives) have mindlessly and reflexively embraced a couple of dangerous notions. First, they accede to the lie that Joe Biden is “president” as a consequence of being duly elected. Second, they treat him as if he’s actually in control of anything at the highest levels of government. The fallacy of both of these ideas isn’t merely cosmetic. Their ramifications are truly dire.

If anyone in America is willing to regard Biden as “president” under any pretense, whether it is an attempt at expedient discussion of the “more relevant” issues, out of “respect for the office,” or some other platitude, they must by default agree to the premise that once an election is stolen, however flagrantly and illegally, everyone is thereafter compelled to accept the results. That is not the stuff of a genuine democratic process, but instead reflects the worst qualities of tinhorn despotism. It presumes that those who can wield force to gain control are thereafter deemed “legitimate” in holding power and in their words and actions. America, under such dominion, is finished as the land of the free and home of the brave.

The whole concept of government that “derives its just power from the consent of the governed” begins with an understanding that those in high office have gained the lawful approval of the populace they lead. Clearly, that did not happen in November of 2020. So to simply skip forward and continue the scam will in no way return things to a semblance of normalcy, but will instead cement the despotic acquisition of power, and the inevitable loss of freedom, from that point forward. Why would any authoritarian regime simply decide to relinquish its ultimate obsession, that being its ability to control the masses with no accountability?

Since the Biden Cabal officially wormed its way into the White House in January of 2021, it has been relentlessly dismantling all of the defining cornerstones of our great Nation, from our sovereignty to our security, to our prosperity, justice, and freedom. This Cabal is clearly not a beneficent leader with our best interests in mind. And it is beyond foolish to expect it to spontaneously morph into such a thing out of its own good intentions.

The second absurd premise that too many Americans automatically accept is that Ole’ Joe is, in any capacity, actually the decision maker at the top of the heap. Those pulling his strings are happy for him to take heat for the disastrous consequences of their hard left policy, as long as they can continue calling the shots. Their primary concern is to prevent him from stumbling and bumbling too badly. And it is to our enormous detriment that the Nation overwhelmingly goes along with the ruse.

On a daily basis, reports from left and right discuss “What Joe Biden thinks…” or “How Joe Biden feels…” on one policy matter after another, as if he has even the slightest grasp of what is going on. This flimsy charade of a functioning chief executive regularly verges on imploding, but is then bolstered by the absolute shamelessness of leftist assertions that he is in complete control of his faculties, and of the country. Many invertebrates on the right, fearing mockery and attacks, go along with the script to some degree. And even when they occasionally voice their tepid criticism, the scam works just fine for the left. An “operational” government can declare itself to be the highest authority, even in the midst of a few bumps and bruises.

Indeed this facade is fully capable of collapsing in on itself at any moment. And that is where America is falling into a huge setup. The leftists who are running things have no innate affinity for Biden. They wouldn’t shed a single tear if they had to suddenly ditch him, any more than they are concerned about his pushed and prodded along now. But if that situation eventuates, you can be sure that their last usage of Ole’ Joe will be to dump all over him as the focus of every gripe from every unhappy American.

Believing Biden was the author of such bad policy gives them the opening for a “new beginning” once he’s out of the way. Insistence on a “Honeymoon” grace period for their replacement puppet is absolutely guaranteed, thus providing an extended window of opportunity to continue wreaking more irreparable damage on America. At some point, our side needs to figure out that the suffering and hardship inflicted across this land are absolutely intentional. And leftists will never stop until they are stopped.

The thrust of our efforts against them must be directed at their entire lying corrupt, DNC/Fake News axis, and not merely at a single individual who can easily be replaced with another while their vile agenda remains intact. Otherwise, we can be absolutely sure that this is how they will slither out of being held responsible for the mess they are making. America is not suffering from the missteps of a single hapless individual, but from a treasonous, full-scale war being waged by a fully coordinated leftist malignancy in our midst, of which Biden plays a very small part.