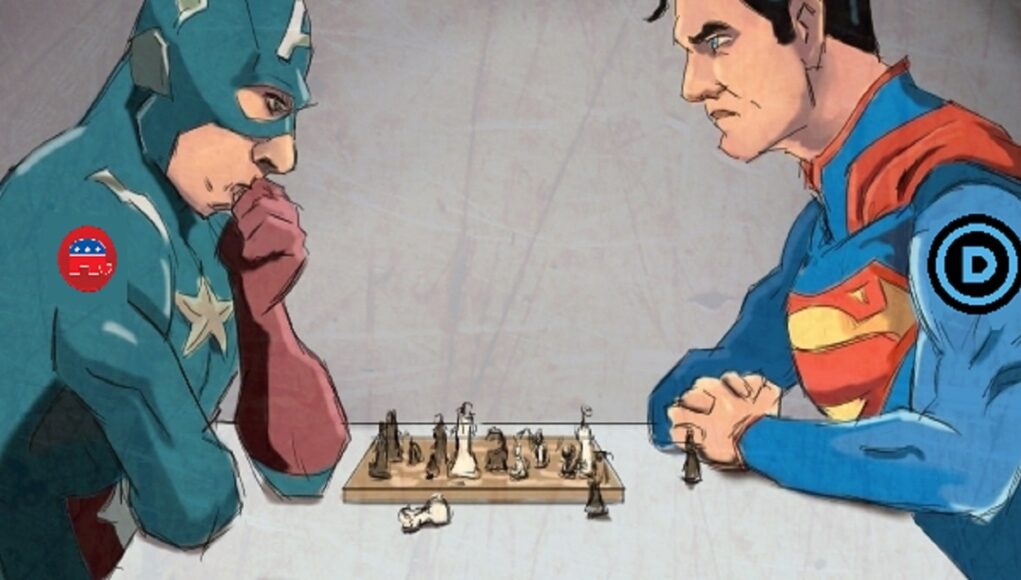 Even a brief glimpse of the America of August 2022 reveals a stark and dangerously deteriorated caricature of what it was when the left seized power in 2020. By every measurable standard, things which had been good and improving since President Trump’s inauguration in 2017 have taken a serious downturn. The evidence is everywhere around us. From our international standing, to inflation and the economy, to the availability of basic commodities, to the filth and squalor of streets in the Nation’s major urban areas. Life and the American dream are evaporating and this disturbing trend shows no sign of stopping.

Still, the leftists who created this disaster have no intention of changing policy to turn things around. Rather, they keep increasing the venom of their lies and finger pointing, hoping that the fervency of their accusations will be sufficient to continue to dupe their gullible minions while intimidating the opposition from bluntly calling them out. As is often the case, their thoroughly transparent scam is enjoying far too much success.

Talk on the evening Fake News is glowing and upbeat, regarding the fact that gas prices are now fifty cents lower than they were a month ago (Thanks Putin!). But that sidesteps the ugly reality that they are still double what they were before the Biden Cabal’s stridently anti-American agenda crippled our ability to provide for our energy needs. We can all recall the abhorrent condescension of Obama’s “energy policy,” when he attempted to convince us that everything would be fine if we just properly inflated our car tires! Yet as difficult as it may be to believe, what the current Cabal proposes is substantially worse.

On the one hand, we’re told to rejoice if gas prices take a slight momentary dip. But only a few weeks prior, we were hearing accolades that the Biden Cabal’s treasonous destruction of our oil industry would usher in the increased usage of electric vehicles, thus saving the planet blah blah BLAH. In either case, things are drastically worse than they were under President Trump’s resolute pro-America leadership. Yet in both cases, we should count ourselves fortunate that the Obama/Biden leftists are in control.

In short, leftist Democrats and their media lackeys will say absolutely anything “in the moment” to claim victory. And if they have to totally contradict what they said in the previous breath, so be it. As time goes on, it becomes ever more apparent that the only narrative to which they will doggedly cling is that they and their agenda are what America needs. Any effort to parse the facts is either “hate speech” or perhaps “racism.”

But how can America have been brought to a place where leftists can continually engage in obvious deception and posturing with absolutely no shame or embarrassment? The sad answer is that this raging duplicity has been pushed as increasingly “mainstream” over a course of decades. The current unhinged lunacy of both the leftist counterculture agenda, and its most ardent minions, is the bitter fruit borne of years of dripping faucet indoctrination of so many Americans by the “system” they unwittingly trusted.

Initially, the mantra of leftists was that absolutes of right and wrong ultimately didn’t exist, and were merely reflections of societal “norms” that could vary all over the place depending on the culture in question. Americans of Faith, who ought to have been upholding our Nation’s founding Judeo-Christian principles, were largely silent or “conciliatory,” instead of loudly shouting “STOP!” But once it was obvious that those on the right were too intimidated at the prospect of stepping up to engage the “Culture War” and asserting those principles that had defined our Nation for two centuries, the  leftist/Counterculture proceeded to supplant such ideals with its sick/twisted alternatives, and the moral debasement of America became inevitable.

Now, “right and wrong” on any given issue is defined by whatever will best advance the leftist agenda. And in response, the right is continually playing “defense,” in which case our eventual loss is guaranteed. Donald Trump is to be condemned because he said something crude in a private conversation in a locker room twenty some years ago. But the flagrant, abominable exploitation and abuse of trafficked women and children by Hunter Biden, widely seen on video, just isn’t “newsworthy” and is completely ignored by leftist Democrats and their media minions. So our side largely ignores it too.

Congressman James Comer (R.-KY), the ranking Republican on the House Oversight Committee, flatly asserts that high level government officials were fully aware of Hunter Biden’s nefarious activities. That means those officials are complicit in a cover up, making them equally culpable.

Even Ol’ Joe’s obvious dementia, which proves to any sane observer that he is clearly not the one who is in control of the presidency, somehow escapes discussion on the nightly Fake News. On that basis, the minions who mindlessly watch their TV sets are again willing to just keep going along with it. That, we are told, is the “patriotic” thing to do. And those who get their marching orders from CNN and the New York Times laud themselves for being so good at it.

As so many Americans are methodically stripped of any moral/spiritual moorings of decency or integrity, they increasingly have nothing else as a moral “rudder” other than the opinions of the leftist herd, and blindly seek its approval. At that point, great pillars of “truth” such as Hollywood has-been Rob Reiner can loudly proclaim the absurdity that Biden’s supposed worthiness in the White House “has gone unmatched in almost sixty years.” Any person with even a modicum of honesty and integrity would be thoroughly embarrassed to be attached to that claim. But Reiner is a leftist, so honesty and integrity simply do not apply.

Meanwhile, USA Today reports that four in ten Americans are being forced to cut back on groceries due to inflation. From the leftist perspective, that means that six in ten are still relatively untouched by the horrendous economic policies of the Biden Cabal, so their attention can likely be diverted to other issues by the latest media blitz. And on that basis, leftist Democrats hope to maintain their hold on power in the upcoming elections.

To the degree that Americans attempt to connect with “reality” via CNN, the NY Times, and other leftist propaganda outlets, they will remain clueless of the disaster that has been purposely unleashed in their midst. In contrast, every citizen who’s eyes can be opened to the ugly reality of leftist ideology and its horrendous consequences holds the potential to never again fall for the lies. This is why the unwavering pursuit of truth is the greatest weapon our side possesses. It’s time to wield that truth like a sword!