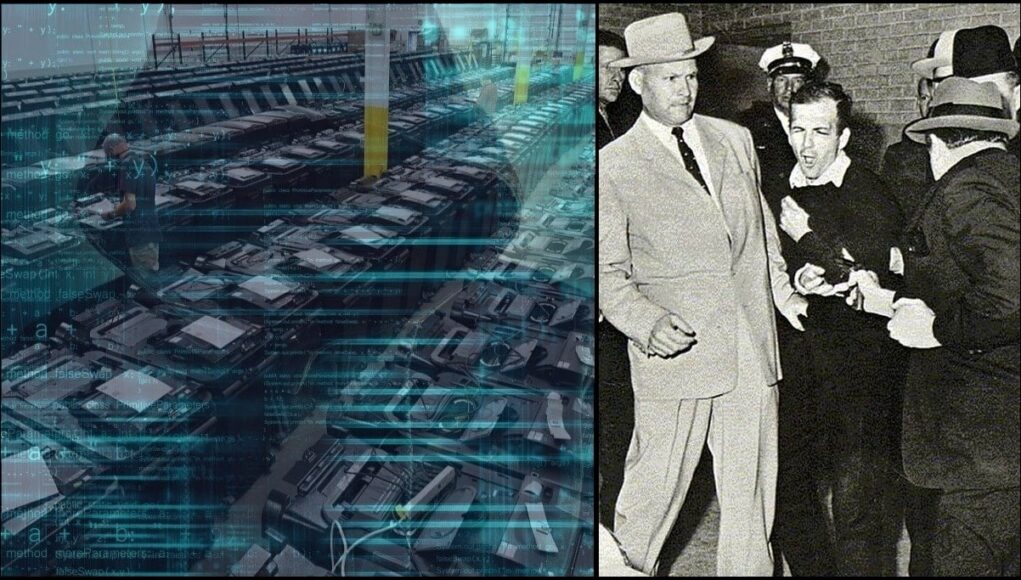 Recently an attorney named Matt DePerno has made a series of media appearances raising serious concerns about 2020 election improprieties in Antrim County, Michigan and alleging Dominion voting machines are to blame.

May 4, 2021 statement on the DePerno Law Office, PLLC website

DePerno gave his first in a recent series of interviews on the Dark to Light podcast with Frank and Tracy Beanz. This comes on the heels of others like Mike Lindell and Sidney Powell making similar accusations leading to billion dollar lawsuits filed by Dominion Voting Systems. Of course there are also accusations being made against Dominion in the context of the full forensic audit currently going on in Arizona and attempts to conduct audits in other states like Georgia and New Hampshire where Dominion is being less than helpful to say the least; refusing to cooperate with the auditors and dismissing any need for the audits as somehow baseless conspiracy theories.

Other trustworthy populist or “MAGA / America First” media sources like Richard “People’s Pundit” Baris and Steve Bannon’s War Room Pandemic seem to discount voting machines as having been the major factor in election irregularities that were rampant in the 2020 presidential election. Baris has been the most accurate pollster in the country at least since the 2014 midterm elections and has repeatedly said his analysis show no significant difference between precincts that used Dominion machines and those using other machines or no machines at all.

Steve Bannon, despite being an avid proponent of Lindell, likewise has not promoted Dominion voting machines as a major factor in election irregularities during the 2020 elections. Bannon, in addition to his own War Room Pandemic investigative sources, also has close ties to The National Pulse and Revolver News that are doing some of the best investigative journalism out there. So if Dominion and voting machines in general were the primary means used to steal the election, you would expect them to be all over the steal. For the most part however, they are not. Bannon repeatedly downplays this angle of the 2020 election controversy or leaves it to others to investigate.

The amount of smoke coming from this story is hard to ignore though. Dominion’s conduct throughout the election contests and audits is clearly suspect and not at all in keeping with a company wrongly accused and simply trying to do damage control. Conservative-populist media is clearly split on the issue, and there is enough circumstantial evidence and headlines to justify looking into the story further. But if there really is ultimately nothing to it, what is behind all of it because it does not seem like your typical run-of-the-mill conspiracy theory?

Allow us to once again follow in the lines of notable civil rights attorney Robert Barnes Hush Hush series, and propose an alternate hypothesis that might better help explain events from a more conspiratorial prospective.

As always, this is off-the-record, always on the QT, and very ‘hush hush’.

So the question we will try to answer in this series,

Could Dominion and other voting machine controversies simply be a ruse or a decoy to help ‘fortify’ the 2020 U.S. Election and getaway with the steal?

Let us preface by saying, we do not believe voting machines are unproblematic when used in elections. TWP’s editorial position is for in-person, same day voting, on paper ballots with Voter ID and limited exceptions for absentee voting when a ballot is requested via application by a constitutionally qualified voter (U.S. military service personnel, invalids, etc.). Get rid of voting machines in elections entirely.

Unfortunately we will have to examine this question over the course of a series of articles to look at all the different aspects due to the complexity and it is going to require some setup.

Who is this Robert Barnes guy?

First it is important to understand who exactly Robert Barnes is since he will be cited frequently throughout the series. He is a high-profile defense attorney who has represented clients in some of the most highly politicized cases such as Kyle Rittenhouse, all of the Covington Kids (excluding Nick Sandmann), Amy Cooper (sometimes referred to as the “Central Park Karen“), and less recently, Wesley Snipes on tax evasion charges.

A lot of effort seems to have gone into discrediting Barnes with portions of the “MAGA” or “America First” base. From my own personal experience, I have seen attacks coming from “Q-World” focused on the public criticisms he made about “the Kracken cases” brought during the 2020 election contest and QAnon in general. This has made him almost a pariah among supporters of Gen. Michael Flynn, Sidney Powell, and separately Lin Wood. His repeated warnings (both publicly and privately) to the Flynn and Powell camps during this time period has led to the perception Barnes is “anti-Flynn” or “anti-Powell”, but this is simply not true.

Barnes in fact almost joined the legal defense team for Gen. Flynn in his now infamous Mueller Investigation case in front of Judge Emmet Sullivan and eventually recommended Flynn hire Sidney Powell. Here’s a segment from a May 2020 livestream where Barnes explains:

Barnes recently gave an important speech for Hillsdale College where he discussed the need for Election Integrity as a Civil Right. He also discussed his role in representing President Donald J. Trump in the recent 2020 election contests.

2. Did the manner and method and means by which they cast those ballots, were those constitutionally conforming?

3. Was the vote counted and canvased in accord with those constitutional requirements?

~ Robert Barnes in his speech for Hillsdale College on Election Integrity

Barnes has repeatedly talked about the dangers of mass mail-in ballots and emphasized the importance of signature matching both as an election safeguard and in the history of election contests. Somehow in 2020, signature matching became a low priority as Trump’s supporters had their attention was focused elsewhere, but not for the Democrats. For them, it remains priority Number One; the one thing Marc Elias, Perkins Coie, and the Democrat’s other top lawyers come rushing in anytime it comes up and insist it cannot be strictly enforced by any election guidelines or included in any audit procedure.

What exactly is a “Disinformation Campaign”?

Second, if you have not already done so, please go read our article about the Jan 6th Capitol Hill Riot being an orchestrated, false flag event similar to the Reichstag Fire that helped the Nazis rise to power in pre-World War II Germany. As more information continues to come out about the Jan 6th event from Revolver News and others, it is looking more likely that it was part of a massive disinformation campaign coordinated across numerous government, media, and private organizations.

We explain in the article how Jan 6th was likely the result of a government run Psychological Operation or “PsyOp”. Once you realize that is the case, only then can you begin to really grasp the amount of planning over the course of months and years that must have taken place in the lead-up to Jan 6th, and degree of coordination that was necessary before, during, and after.

It would only make sense that other disinformation campaigns or PsyOps were likely in play before, during, and after the 2020 election to help misdirect Trump’s base of support and get them to work against their own interests to help secure the election certification for Joe Biden. Just like was seen in the Reichstag Fire and in other great crimes, “you need a patsy“.

Could voting machine conspiracies be the “patsy” to grab attention away from the real culprit (e.g. stuffing of fraudulent mass mailout absentee ballots)? And could the suspicious circumstances in Antrim County, Michigan be part of a larger disinformation campaign? Could Antrim County’s Dominion scandal be an orchestrated, false flag event itself?

Stay tuned for Part 2 of this series when we take a closer look and try to answer the question,

“What is really going on in Antrim County?“