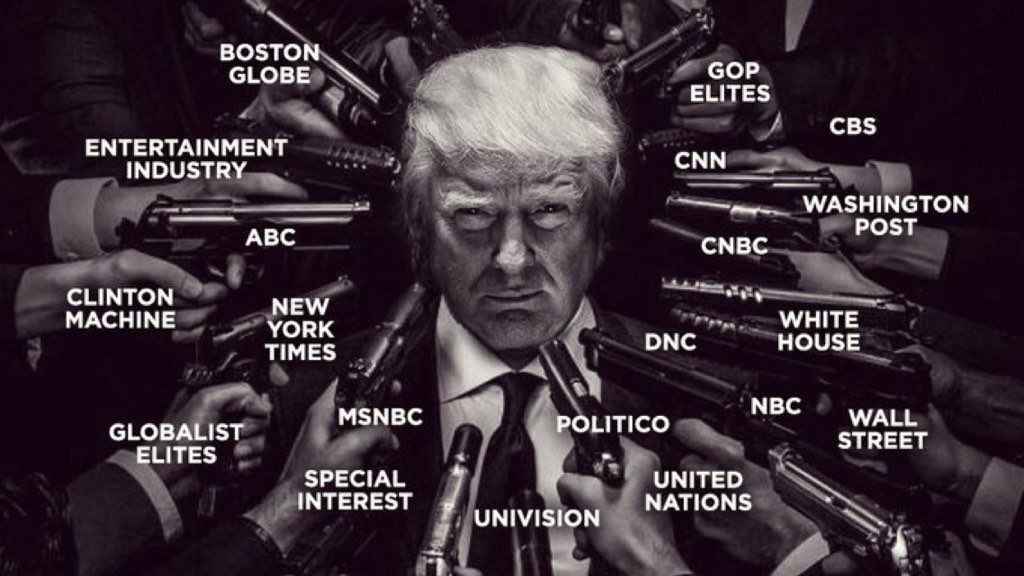 According to high-profile attorney Robert Barnes, there are eight separate remedies available to Republicans to combat the rampant voter fraud and Democrats attempt to steal the 2020 presidential election from President Donald Trump. Any one on its own would work. Republicans with authority would just need the will to act.

Ballots that were machine counted in areas or states with irregularities can be recounted by hand with a representative of each party present to observe and make objections if they believe a ballot is being improperly counted.

Most areas use Direct-Recording Electronic (DRE) voting machines. The voters fill out paper ballot. That process forms a Voter-verified paper audit trail (VVPAT) that is then fed into and read by the machine. The manual recounts would take the DRE voting machines out of the process by manually recounting the paper ballots to eliminate the possibility of machine error.

A recanvas of ballots is different from a recount in that a review of the votes from given area or precincts is conducted to confirm the overall total number of ballots reported is correct.

3) Ballots Opened Without Observers Thrown Out

Any of the ballots that were opened without an observer from each party present, especially if the observers were deliberately kept away in violation of elections laws, could be invalidated. Since the chain of custody has been broken, there is simply no way to determine if the ballot is genuine or a forgery / replacement.

State Legislatures have the final say in choosing electors for their state.

Article 2 Section 1 of the US Constitution stipulates,

Each State shall appoint, in such Manner as the Legislature thereof may direct, a Number of Electors

This means the power to designate electors is given to the legislative, not executive branch, of each state. States with Democratic governors, but with Republican state legislatures could refuse to certify the fraudulent vote totals and could instead certify their own electors to represent their state in the Electoral College on Dec. 14th.

This would include the disputed swing states of Michigan, *Minnesota, North Carolina, Pennsylvania, & Wisconsin. Republicans have both the state legislature and governorship in Arizona.

There’s recent legal precedent that would allow the courts to order new elections to be held. In 2019, Republican Mark Harris was stripped of his election victory in the North Carolina’s 9th district congressional race by 5-0 vote of the state elections board when a small number of fraudulent ballots were discovered. The decision was later upheld in State Superior Court.

For all the same reasons state legislatures can certify electors who represent the legitimate, legal votes of US citizens and residents of their state. They could also immediately pass legislation, under the authority granted to them by Article 2 Section 1 of the US Constitution, setting aside the fraudulent vote totals and ordering new elections to be held. This would be the least likely scenario to be successful, given that it would likely require overriding the veto or winning a lawsuit against the Democratic governor in all the disputed states, except Arizona, should Biden happen to “win” there, too.

It’s a little known fact, but the newly sworn in 117th Congress has to certify the individual votes cast in the Electoral College in a joint session on Jan. 6, 2021. The parliamentarian procedure is quite complicated (click here if you want to read up). This scenario came up during the 2000 election when the Florida electoral votes for George W. Bush were briefly challenged.

Cliff Notes: If the Senate Republicans have the backbone, they can reject the (thoroughly proven) fraudulent results of the electors from those states. If Joe Biden doesn’t have 270 certified votes, the House of Representatives would decide the presidential election. The last time this happened was in 1876 when the House elected Rutherford B. Hayes.

So you might be asking yourself, “What good would that do? If the House votes, the Democrats still hold the majority. They’ll just elect Joe Biden.” There’s a lot of confusion about this point.

Per the 12th Amendment to the US Constitution,

If such number be a majority of the whole number of Electors appointed; and if no person have such majority, then from the persons having the highest numbers not exceeding three on the list of those voted for as President, the House of Representatives shall choose immediately, by ballot, the President, the votes shall be taken by states, the representation from each state having one vote

The GOP currently holds a 27-23 edge in the majority of state delegations, but the vote would take place after the new House is sworn in next year, so their advantage is likely to increase, based on current 2020 election results. On a straight party line vote, Trump would win reelection.

Again, any 1 of these 8 actions alone would save the election for Donald Trump. Weak-kneed Republicans would just need to be pressured into action and given the political capital to follow through, which has not happened with any degree of regularity during Trump’s 1st term.

You can keep updated on what you can do to help in the efforts to #StopTheSteal by going to this website. Also, please consider joining an organization called Digital Warriors USA to coordinate social media activity.

#HoldTheLine Patriots. There’s a plan in place. We’re going to #FightBack and we’re going to win because we love this country more than they hate it. #BeNotAfraid and #FightOn.

Asst. Editor and Investigative Journalist at The Washington Pundit