Home Border News Ilegal Immigrants Released into U.S. Will Likely Get to Stay 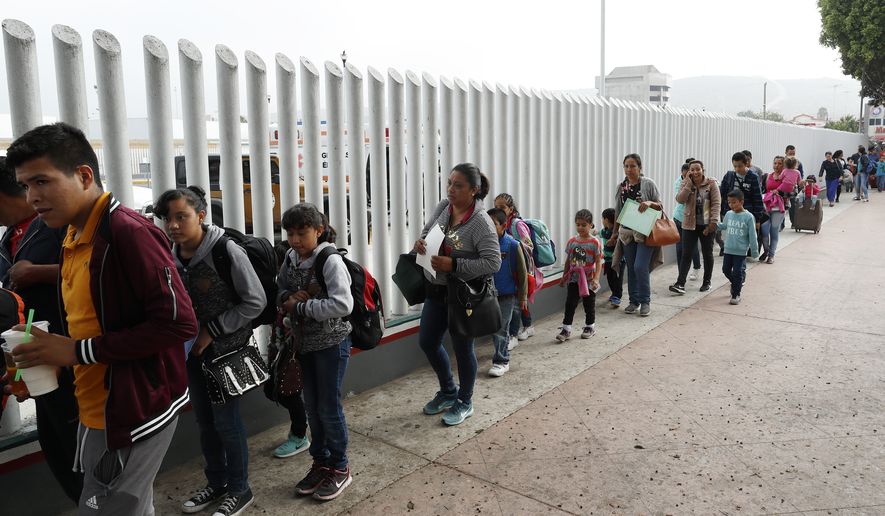 A shocking number of illegal border crossers who arrived in the U.S. in 2018 and 2019 were released into the interior of the country. Since there’s no good way to track them, they’ll most likely get to stay.

The Washington Examiner released numbers in a report today:

More than 375,000 of the 473,682 immigrants who were caught illegally crossing the southern border with a family member in fiscal 2019 were released by federal law enforcement into the interior of the United States, according to data obtained by the Washington Examiner.

From Oct. 1, 2018 and Sept. 30, 2019, Border Patrol agents working along the U.S.-Mexico border arrested 851,508 people who entered the country between ports of entry. In addition to the 473,682 people who arrived as part of a family, there were 76,000 unaccompanied children, according to previously released data.

Border Patrol told the Washington Examiner its agents released more than 145,000 family members directly from its stations between March and September 2019, the months that had the highest levels of arrests. People who were released would have been allowed to go anywhere in the country, including those who were not seeking asylum. Customs and Border Protection, under which Border Patrol is housed, does not release data on the number of arrestees who go on to seek asylum, though Department of Homeland Security officials shared last year that it was a low percentage.

Border Patrol made the unusual move last March of releasing people directly from its custody rather than turning people over to Immigration and Customs Enforcement. ICE cited two issues that made it difficult to hold families: it lacked the bed space and a 2015 court ruling blocked it from detaining families more than 20 days.

Because the 145,000 family members released by Border Patrol were not transferred to ICE, they were released with a legal document known as a notice to appear. The document states when they should show up for a hearing to determine if they will be returned to the county of origin. An additional 230,000 family members were sent to ICE and then released from ICE facilities, according to an ICE spokesperson.