Home Adam Carter Think The Swamp Has Won? Not So Fast … The Founders Slipped... 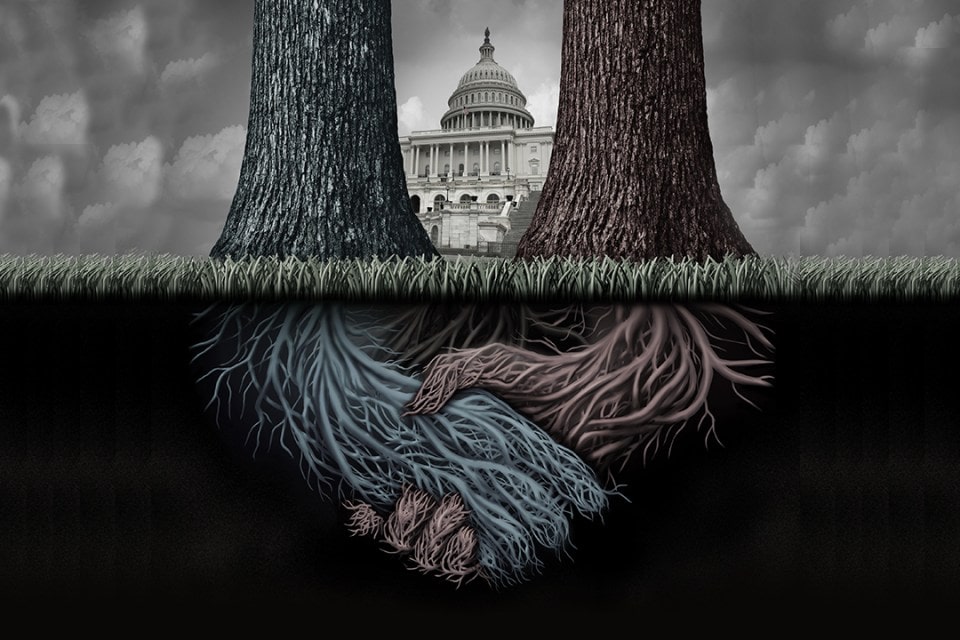 Believe it or not, our Founding Fathers, during the time of Louis XVI’s Versailles and having just lived under the domination of King George III and an English Parliament in London almost 6000 miles away, anticipated there may come a time when the political elite, all living together in a far off capital city, might become detached from those they are supposed to serve and may need to be reigned in. For just this eventuality, the Founders slipped a mechanism into the Constitution, which allows The States (specifically the State Legislatures) to overrule the power-drunk tyrants living as permanent residents in the capital and return the power of our Constitutional Republic back to The States and We the People.

The Congress, whenever two thirds of both houses shall deem it necessary, shall propose amendments to this Constitution, or, on the application of the legislatures of two thirds of the several states, shall call a convention for proposing amendments, which, in either case, shall be valid to all intents and purposes, as part of this Constitution, when ratified by the legislatures of three fourths of the several states, or by conventions in three fourths thereof, as the one or the other mode of ratification may be proposed by the Congress; provided that no amendment which may be made prior to the year one thousand eight hundred and eight shall in any manner affect the first and fourth clauses in the ninth section of the first article; and that no state, without its consent, shall be deprived of its equal suffrage in the Senate.

Article V of the US Constitution

15 states have already passed COS resolutions, 8 more States have passed a COS resolution through 1 state legislative chamber, another 12 states have active legislation pending this year. So a total of 35 states are already inclined to support the COS, and that doesn’t even include states like Idaho, Kansas, Michigan, Ohio, and Pennsylvania with Republican state legislatures that could easily be persuaded to join in given all the election and other chaos seen in 2020. Surely additional state legislatures could be persuaded to join either through political pressure or future elections. If the amendments passed were the type with broad 70 to 80% public support, there is a real chance some or all of the amendments could see ratification.

This can all be done outside of the sphere of Washington D.C. The States do not need a single vote in Congress, the President cannot veto it, and the Supreme Court cannot rule ratification of a constitutional amendment to be unconstitutional. Not even the Associated Press gets a say.

It has removed much of the impetus for voters to change politics at the local level, instead federalizing even more power in Washington D.C.

Ironically, it’s now even far more corrupt with Senators effectively becoming life-tenured Washington D.C. residents and only having to come back to their state once every 6 years to campaign for a short period of time. Under the original design, Senators were held far more accountable. The average term for a U.S. Senator in the 19th Century was about 4 years.

If citizens of a state were unhappy with their Senator, voters could flip the chamber in their State Legislature and have them recalled. You would not have situations like Mitt Romney who was a dead man walking politically in the Republican Party with another 5.5 years left on his term in office.

These are just a few of the amendments that could be considered and would have wide popular and bipartisan support among the vast majority of voters. Recent events have clearly demonstrated the federal government has become far too tyrannical. Average, everyday citizens are shocked and frightened by government overreach. They are looking for a peaceful means to reign in the totalitarian impulses of those currently in charge of the federal government and fight back. The Convention of the States provision was placed into Article V by the Founders just for this moment.

The system knows The People have the power through actions like The Convention of the States. Make no mistake, the recent overreaches by The Establishment, Big Tech, and major corporations to crush, marginalize, and silence opposition voices is being done because the system is scared. They fear a populist uprising and are panicking. These are actions taken from a position of weakness, not of strength.

They only win by convincing enough of us we don’t have the power. They win by making us feel isolated and alone, but we’re not alone. If enough citizens keep the faith in the Constitutional Republic and band together to put political pressure on state legislators right now, this is a very realistic possibility. The Convention of the States is only a few states away from occurring and just a few more beyond that from enacting real change to peacefully reign in the tyrannical forces in the federal government. We just need enough patriots to stand up and be heard.

If you’re not going to stand up, be heard, and ‘fight’ now, when in God’s name would you ever?