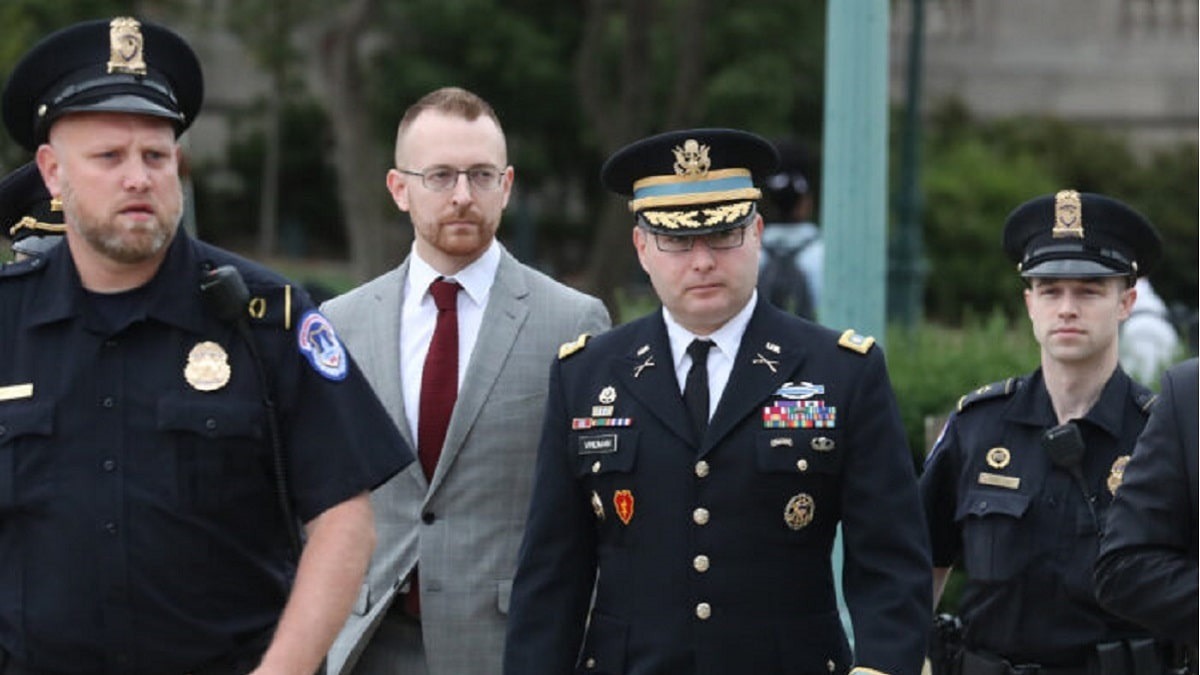 Vindman was on the July 25th call between the President of Ukraine and President Trump. It is believed that he was the informant who told the whistleblower about the call. Today, he was removed from his post at the National Security Counsel.

Lieutentant Colonel Alexander Vindman, a National Security Council official who testified in the House impeachment inquiry of President Trump, has been removed from the White House, according to a statement from his lawyer.

“Today, Lieutenant Colonel Alexander Vindman was escorted out of the White House where he has dutifully served his country and his President. He has spoken publicly once, and only pursuant to a subpoena from the United States Congress,” said Vindman’s attorney, David Pressman, in a statement. “There is no question in the mind of any American why this man’s job is over, why this country now has one less soldier serving it at the White House. LTC Vindman was asked to leave for telling the truth. His honor, his commitment to right, frightened the powerful.”

Vindman participated in the July 25 call between Mr. Trump and Ukrainian President Volodymyr Zelensky, during which the president asked Zelensky to investigate a political rival. Vindman flagged concerns about the call to the NSC counsel.